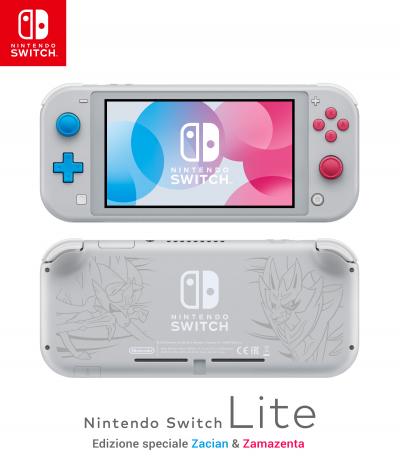 Nintendo today officially announced its new Nintendo Switch Lite and, in doing so, stated that in addition to the one released on September 20 in three colors, there will be also an edition of the console that will be entirely dedicated, in its livery, to Pokémon Spada and Scudo . In view of the release of the pair of games on November 15, Nintendo will be making available from November 8 a variant of the console dedicated to Zacian and Zamazenta – the two legendaries of the game, whose series is inherited by Switch after years of great luck on Nintendo 3DS.

You can see below the images dedicated to this variant of the console, which will be sold at the list price of $ 199 (we await the European price, but will therefore be equal to that of the standard edition, whatever it is) and that will not include the game .

How does this edition of the console look like? Will you make it yours?