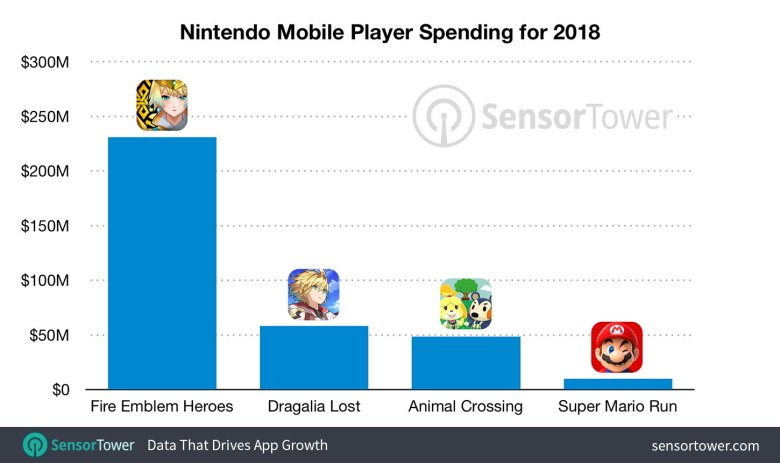 Sensor Tower, one of the world’s leading intelligence app companies based in California, announced Nintendo revenues from the mobile market , allowing Big N to earn 348 million dollars during the calendar year 2018

This is, on balance, an increase of 15% over the previous year, with Fire Emblem Heroes topped the approval rating (which generated revenue of $ 487 million), followed by Dragalia Lost, Animal Crossing: Pocket Camp and Super Mario Run .