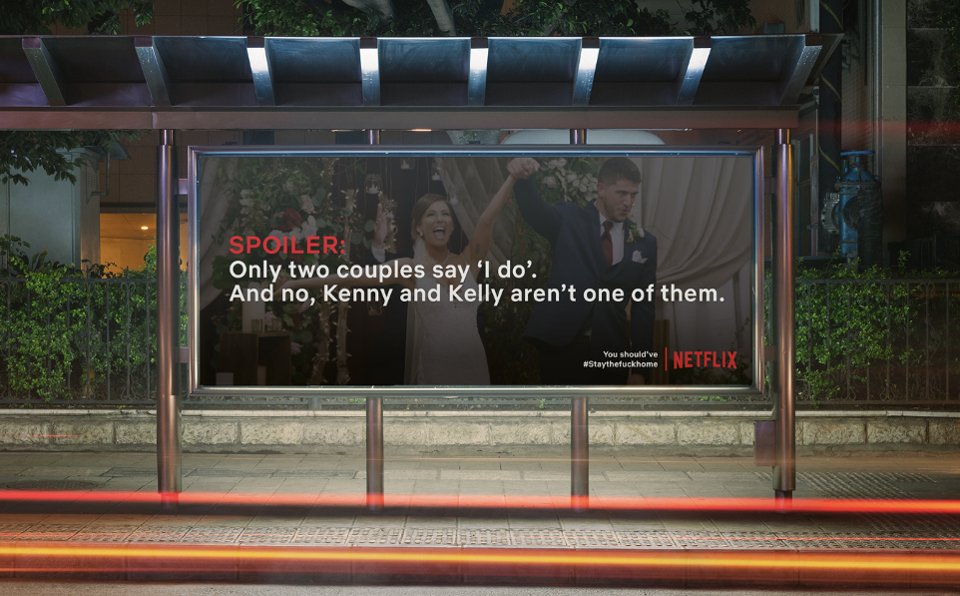 > Netflix has always used social and promotional channels in an original and unique way. Now, however, it seems that the streaming giant has gone far beyond. In recent days the news is spreading that the company is using billboards with lots of big spoilers on the last seasons of his most famous shows, in order to fight the coronavirus.

More in detail, in this way people could decide to stay inside the house just to avoid also run into some twists printed on a poster at the bus stop.

Be careful though: Netflix in this case has nothing to do with the initiative, given that it is a false advertising campaign created by two Thai boys studying in Germany named Seine Kongruangkit and Matithorn Prachuabmoh Chaimoungkalo.

Chaimoungkalo has in fact explained to Forbes magazine the reasons for this truly original choice:

We decided to help by making qu he we do better, inventing rather creative ideas. The best way to stop the spread of COVID-19 is #staythefuckhome, but some people still think it is right to go out and relax, creating great problems for all of us.

The young man then continued , declaring that: «We decided to take an extreme measure: to release spoilers on your favorite Netflix programs. We knew it was a good idea from the start and that it should have been presented differently, but our goal was to immediately create a communication form that could really move a change. “

Who knows that such a thing will not work in Italy too, which has always been home to a large number of people “frightened” by spoilers.