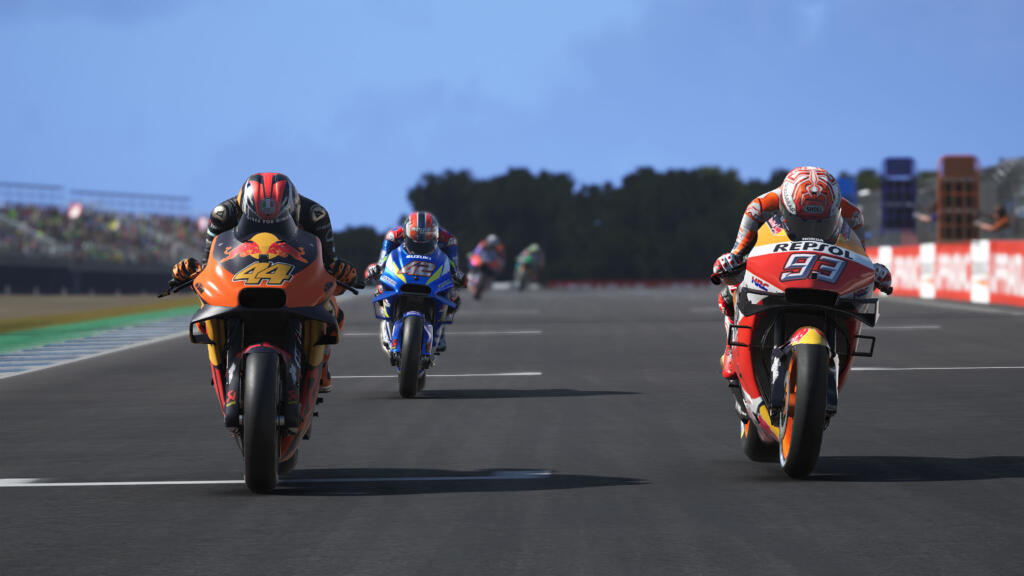 > Numerous games on the hybrid console include crossplay between multiple platforms, but apparently MotoGP 20 will not be among them. A choice criticized by fans, despite now the manufacturer Michele Caletti explained the reason for this choice during an interview with WCCFTech.

The choice not to include crossplay derives from the fact that MotoGP 20 is not an arcade game, so giving all the owners of each platform a challenge would not have been “fair”.

Furthermore, the various games that allow crossplay also suffer from some limitations (PlayStation 4 and Switch often do not go hand in hand), so the possible inclusion could have brought additional problems not a little.

It cannot be excluded that in the future the development team cannot retrace its steps, although at the moment the choice is categorical.

Dorna, in addition to the classic MotoGP, and the championships dedicated to the very young, such as the Red Bull MotoGP Rookies Cup. If you want to know more, take a look at the trailer dedicated to managerial career.

MotoGP 20, the new video game dedicated to two wheels, will arrive on April 23 on PC platform and console PS4, Xbox One, Google Stadia and Nintendo Switch.