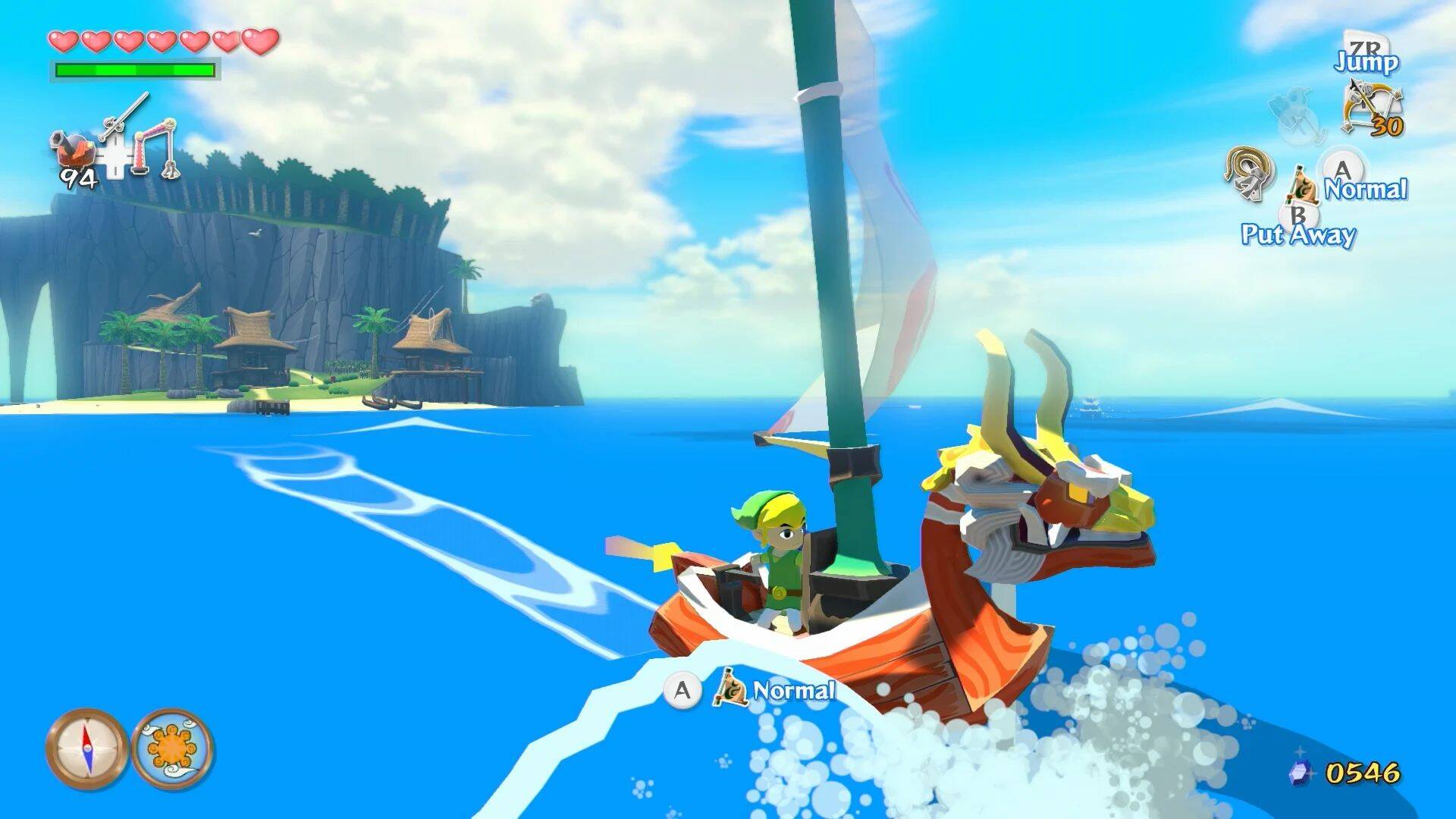 More experienced and elderly fans of the Zelda saga will remember the discussions around The Wind Waker . A title that, apparently, I don’t even find the approval of Shigeru Miyamoto .

The title was subsequently the inspiration for many other titles including Skyward Sword (you can find it on Amazon), but its gestation and announcement were complicated.

An episode of the saga decidedly different from the previous ones, from the aesthetic point of view, with a very precise inspiration that was revealed by Nintendo only a few years ago.

It is also not the first time that Shigeru Miyamoto reveals some considerations controversial about the Zelda saga, as has happened in the past.

The design of The Legend of Zelda: The Wind Waker was very particular, also and above all for the particular style adopted by the team.

Which, reveals VGC , was greeted with annoyance by Shigeru Miyamoto , who even felt embarrassed when he saw the game for the first time.

According to translations of old magazine interviews published by DidYouKnowGaming , initially Nintendo simply wanted to improve the graphics of Ocarina of Time and Majora’s Mask , creating a prototype of Wind Waker with a realistic style .

But a member of the development team enjoyed designing the new Link , what we would call “Cardboard Link”, and everyone was so in love with the style that it was adopted for the entire game. .

Eiji Aonuma , director of the game, did not believe that Miyamoto would like this restyling, so much so that he waited as long as possible before presenting Wind Waker to the game designer.

he was not wrong because according to the details of the interview, Shigeru Miyamoto shivered looking at this new aspect of The Legend of Zelda .

The designer had no intention of letting go of the realistic design of the saga. To the point that, in a presentation, he went so far as to say: “you know, it’s not too late to change course and create a realistic Zelda.”

However, the enthusiasm of the development team prevailed, and we know how the story went. In the end The Legend of Zelda: The Wind Waker turned out to be one of the most beloved titles ever, and also honored with the inevitable processing in Unreal Engine 5.

For more weird stories from the Nintendo world: Kanye West once presented a title to Shigeru Miyamoto. Really.