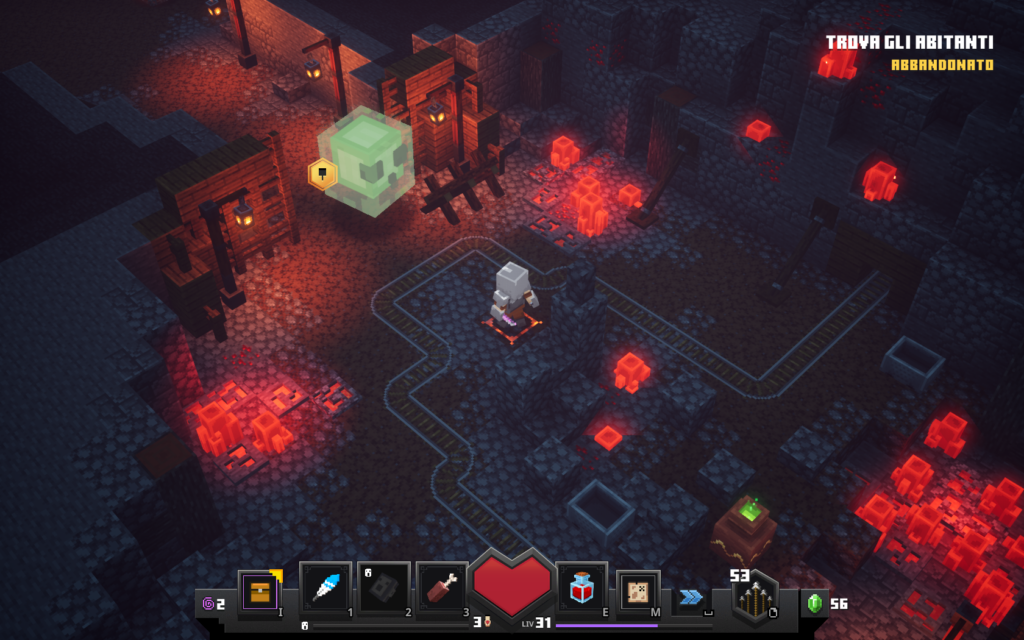 > Microsoft and Mojang have recently released their new Minecraft Dungeons , available from May 26th. In our review of the game, which you obviously find on the pages of Gameshift , we have explained to you that it is «a fast and fresh experience which, thanks to a fun fighting system, will entertain you well for a few hours alone and maybe a few more with friends.»

Needless to say, fans are now already waiting for the new downloadable content that will invade the title in the coming months, which apparently will not be long in coming.

The first DLC will arrive in July, with the first expansion called Jungle Awakens , followed by a second downloadable content entitled Creeping Winter (expected in 2020).

More specifically, Jungle Awakens will offer three new missions, in addition to unpublished weapons and armor and various rac artifacts grasp. A whole series of opponents never seen before are also expected, such as Leapleaf, Poison Quill Vine, Jungle Zombie and many others.

Creeping Winter, as the name suggests, will instead introduce a themed setting winter, although at the moment all the details of the case are missing.

Both contents will be made available for free to the owners of the Hero Edition of Minecraft Dungeons , while it has not yet been made I know the individual price if I decide to download the DLC individually.

Minecraft Dungeons is available for Windows PC, PlayStation 4, Nintendo Switch and Xbox One (via Xbox Game Pass from Day One).

If you want to know more about the game you can also take a look at the our rich card dedicated for everyone the details of the case.