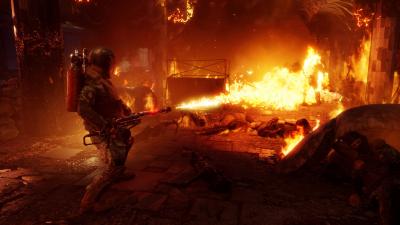 Deep Silver and 4A Games today announced that The Two Colonels – the first Metro Exodus DLC is now available.
Follow the journey and the experiences of Colonel Khlebnikov during the last days of life in Novosibirsk, which Colonel Miller traces a year later.

Little warning: if you haven’t completed the Metro Exodus campaign yet, know that the following contains spoilers.

Just below the surface, under the dead city of Novosibirsk, Khlebnikov returns home to his son, Kirill, for New Year’s Eve.

But the people of this city are not doing well at all: the slime is further consuming the tunnels, the mutant attacks seem to have increased and the precious ‘green substance’ that protects people from radiation poisoning is about to end . In order to ensure the survival of any one of the people, the perpetrators could take drastic measures …

The Two Colonels contains the classic Metro gameplay, and allows you to explore the claustrophobic environments of Novosibirsk, with all the tension players expect from the Metro series.

This story also features a brand-new weapon to combat slime and tunnel worms – the deadly flamethrower. Like the Tikhar, it must be recharged to maintain its power, but it can really light up a room.

The Two Colonels is now available for purchase on Xbox One, PlayStation 4 and PC. It is included in the Metro Exodus Expansion Pass which also allows you to get our second DLC, “Sam’s Story”, which will be released at the beginning of 2020.