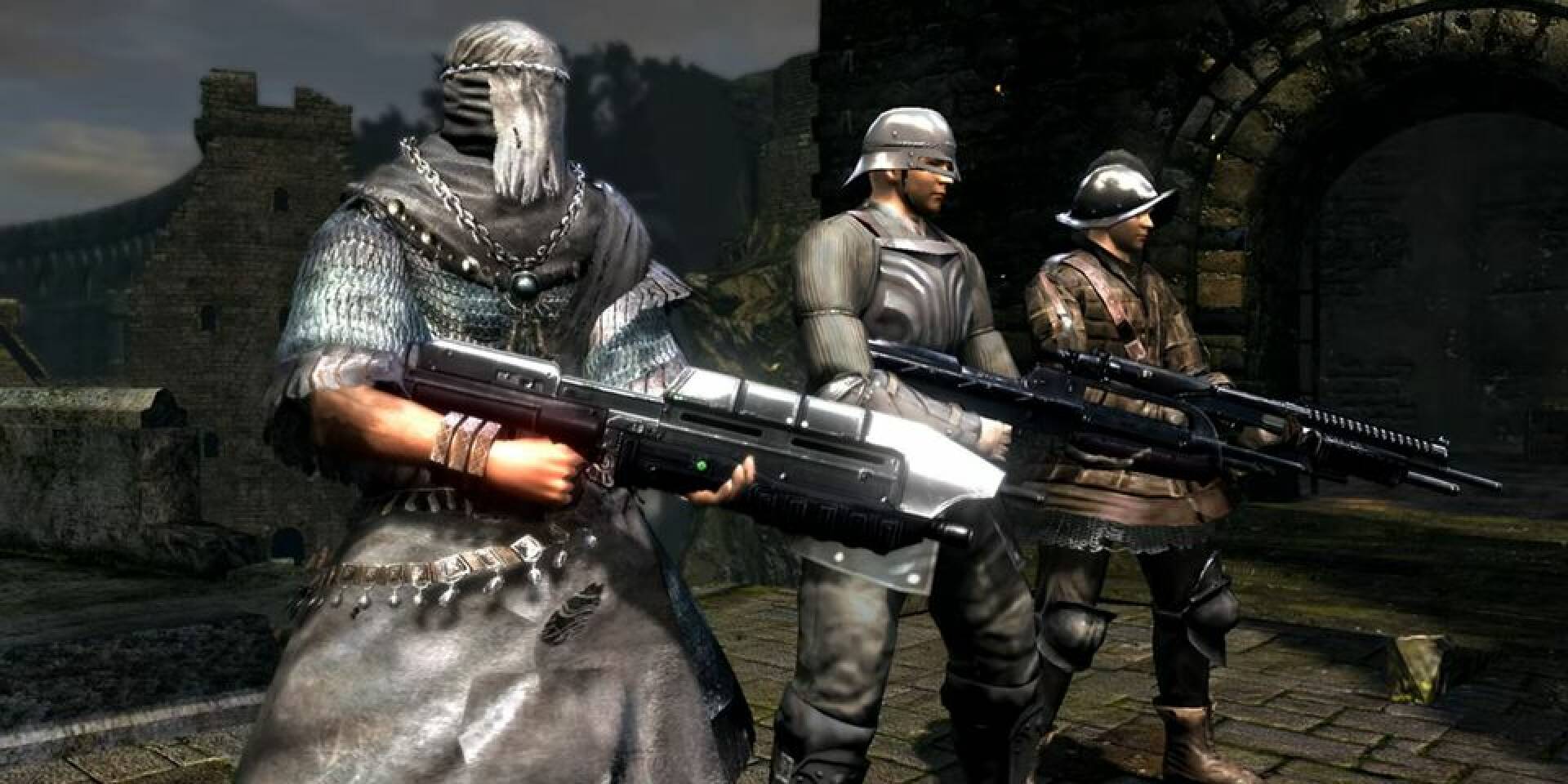 Dark Souls is a symbol, it has given consistency to a real genre and is unanimously considered one of the best games ever .

The fans of the title are huge and show their love for the game from From Software in every way.

The recent release of Elden Ring’s massive gameplay video has certainly awakened (if only really needed) the interest of players in Souls .

Interest certainly manifested in various ways, some a little bizarre but certainly not without appeal.

The latest comes from a modder called InfernoPlus who made Dark Souls a third person shooter by introducing weapons directly from Halo and PvP maps .

InfernoPlus has already worked on mods for other popular games such as Halo itself (which made it a Mario Kart game) and Super Smash Bros .

Introducing firearms in Dark But Souls is not a completely new thing: in the past some modders have transformed existing weapons in the game into special skins that recreated modern weapons.

InfernoPlus, however, has gone further – in fact in this case it is not just a change of skins, but of real guns that are part of a new category of weapons in Dark Souls . All of this obviously also includes new moveset , controls and mechanics , in short, a truly remarkable and meticulous work.

The weapons are 13 and all scattered throughout the maps within the game, the mod can be activated and deactivated at will according to the player’s tastes (since it can also be invaded from other players armed with these dangerous equipment)

Dark Souls on the other hand never ceases to amaze, in fact, the official watches of the game from From Software have recently been available.

But returning to the topic of souls in general, did you know that the phenomenon of touts hasn’t spared Elden Ring either? If you want to know more about Miyazaki’s latest work, take a look at our point of the situation with all the details.

If you haven’t, we suggest you catch up on the latest Dark Souls chapter on PS4.