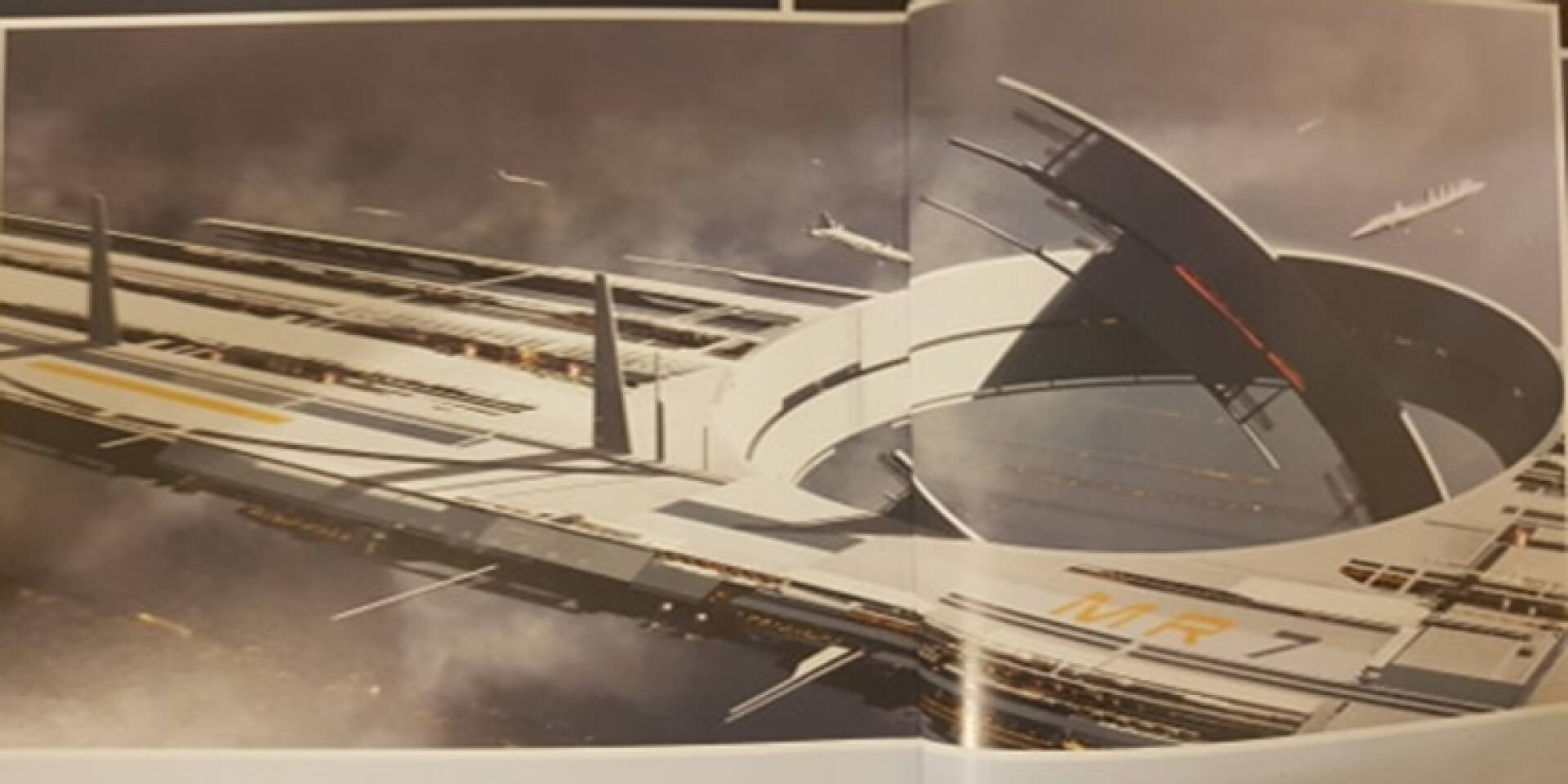 Last November 7, on the occasion of N7 Day (the date on which the Mass Effect franchise is celebrated) , Electronic Arts and the BioWare development team have announced that the Mass Effect: Legendary Edition will arrive in the spring of next year.

This is, in fact, a remastering of the original Commander Shepard trilogy, with many improvements to textures, shaders, models, effects and much more.

That’s not all: on the same day, EA also revealed that BioWare is also working on a new Mass Effect , a completely unreleased chapter, which will pick up the legacy of the original trilogy by making people forget also the failure of Mass Effect: Andromeda .

Now, thanks to the book BioWare: Stories and Secrets from 25 Years of Game Development , three new concept art of the new chapter currently in progress. You can find them a little further down.

From the three images, unfortunately low definition since scanned from the register original, it is possible to notice that the look of the settings seems to follow in everything and for everything (successful) of the original trilogy, so much so that it is also possible to notice a Remnant structure.

Clearly it is still too early to venture a few hypotheses regarding the history of the new chapter, but it is also true that if the canons of the classic series are respected we will be faced with the Mass Effect 4 that players have been waiting for for years.

Meanwhile, the release of Mass Effect: Legendary Edition is set for spring 2021 on PC, PS4 and Xbox One , although there will be improvements for backwards compatibility. guaranteed with Xbox Series X | S and PlayStation 5 .

Obviously, our advice is to stay on the pages of Gameshift so as not to miss an update on the new chapter of the BioWare and Electronic Arts space saga!

If you want to catch up on the most recent episode of the saga, you can buy Mass Effect Andromeda at an advantageous price at this link.