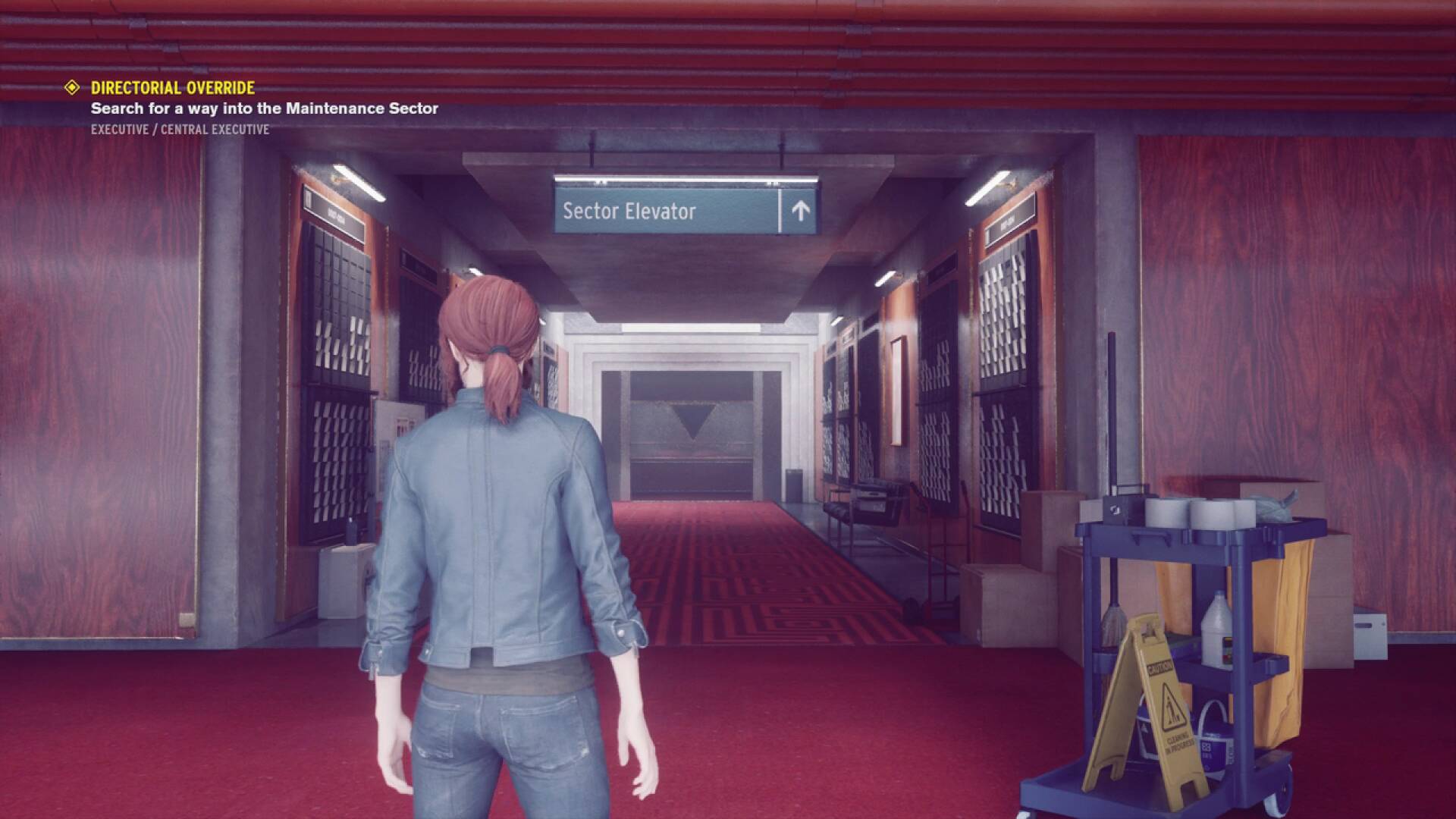 We don’t know if you are among those gamers who like to ask questions about how video games are created . If the answer is yes, you’ll be happy to hear that an interesting insight from IGN USA saw journalist Rebekah Valentine sit at a table with numerous developers and ask them what they are. the hardest things to do in a game.

To the surprise of few, the answer was pretty much “everything” , but there is one aspect in particular that is striking, and it is how much of a headache elevators are for those who create our favorite virtual worlds.

Elevators are a constant in the settings: there was a certain stealth game that locked you in a pier waiting for the elevator and kept you moving vertically throughout your trip to Alaska.

The examples, of course, are many: think also of the recent case of Control , where Jesse Faden can go from one level of the Oldest House to another in a few Second, think of a certain scene in Call of Duty where horrible gestures are prepared just as the airport elevator arrives at its destination.

All this is extremely difficult to accomplish because, from whichever side you look at it, insert an elevator in a setting, which brings the player “suspended” between the old scenario and the next, it can be very complicated. All this, even taking into account the fact that an elevator is a normally unforeseen part of the map, which is added only if it is called.

« First of all, you have to call the elevator with a button or something » explained Bill Gardner , creative director of The Deep End Games and who was lead level designer on BioShock and BioShock Infinite . “By calling the elevator, you give the player, objects or AI the chance to roam under it , to be crushed or trapped by it”.

Put simply, according to Gardner:

Out of the blue, you find yourself facing these problems with an elevator. It is practically an invitation to make your enemies or companions look like fools, but also to make objects that implement physics fly away, or to block objects that are part of a quest.

If, for example, an enemy is chasing you and you get into the elevator, what should they do? The new portion of the map is normally not provided, but it cannot even stop and stare at you in front of the elevator without doing anything.

«Let’s imagine trying to solve the problem of artificial intelligence that doesn’t know what to do exclu giving it from the use of the elevator . Here, at that point how do you prevent enemies from looking like idiots , while you cross the threshold of the elevator? Either they will stay there, or there will be a need to integrate behavior specifically for the occasion “ continued Gardner.

That’s not all, because the elevator must also behave like an elevator . This means that it can transport you to multiple floors, it might make several stops, or in some cases it might even be busy.

And players, you know, «are used to the fact that things in games respond instantly» , which means they would end up finding “broken” anything that doesn’t have the same readiness, including an elevator that doesn’t behave exactly as it should, with call buttons and all.

In the complete article, which we recommend you to read as long as you are familiar with English, there are numerous examples of very curious problems for gamers, but far from fun for developers, which arise during the making a video game – from creating a coherent story that is interactive to saving progress, passing through doors when walking against it.

Someone said that every video game that arrives on the market is a small, great and extraordinary miracle, and there is no doubt that every time you listen to a developer talk about his work, learning something more, you have exactly that feeling.

If you want to support the work of Gameshift you can buy your games on Amazon at no additional cost.