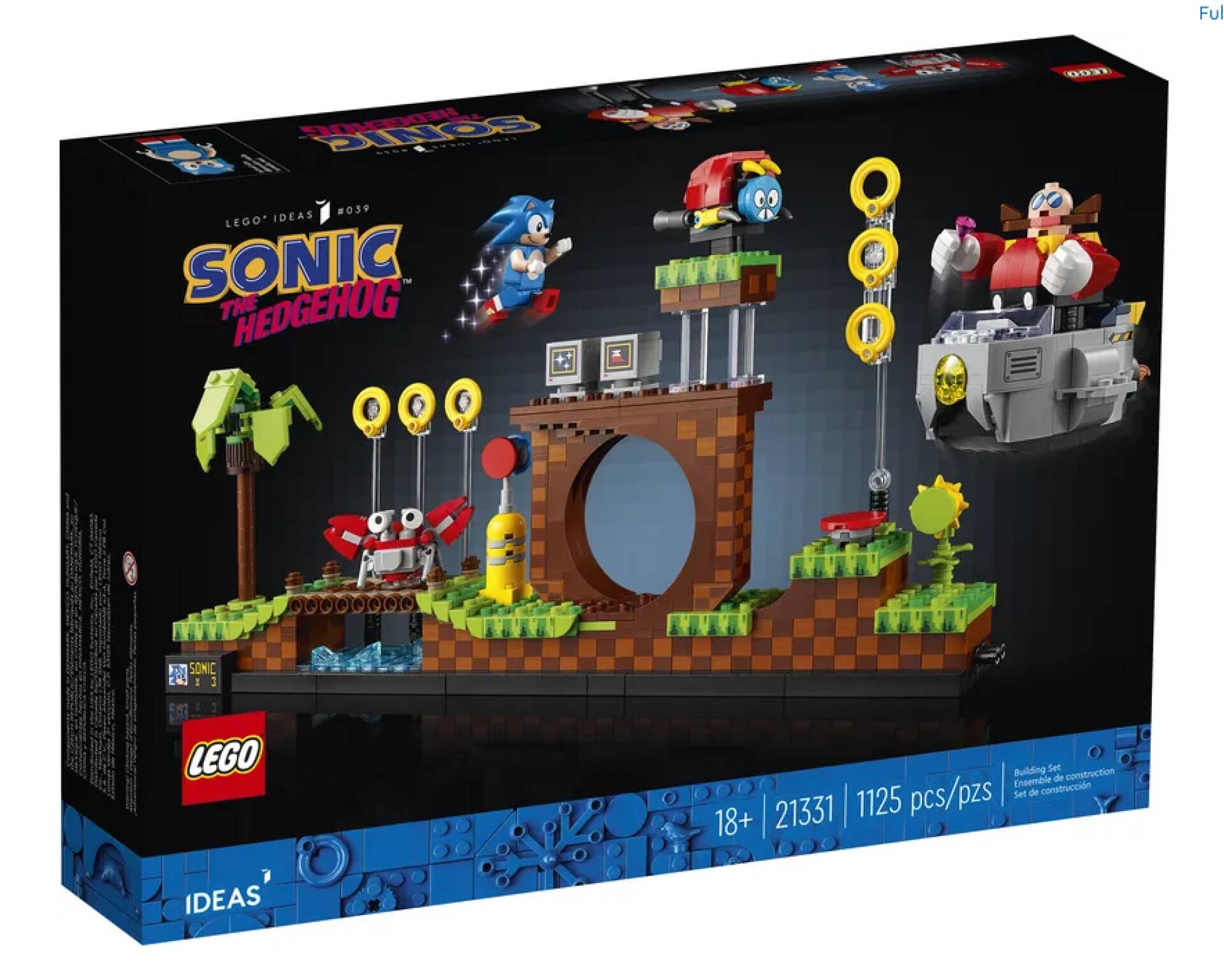 LEGO likes video games, and Sonic will be the next protagonist of an exclusive new set, available in a few days.

After honoring other gaming icons , it was to be expected that, sooner or later, SEGA’s blue hedgehog would also have his brick-and-mortar treatment.

LEGO Super Mario was one of the most popular sets of recent times, which also spawned tons of additional sets with new protagonists.

A few days ago a leak emerged showing the Green Hill Zone set, along with other sets of Horizon Zero Dawn , complete with box in plain sight.

In these hours the confirmation has arrived and, now we can say with certainty, LEGO Sonic the Hedgehog is the next official set of the Danish company dedicated to the world of video games.

The brick set depicts a portion of the Green Hill Zone , the first level of Sonic’s original adventure, reworked in classic LEGO style.

Those who buy the set will also receive ten boxes with the iconic rings , and a lever to blow Sonic into the air.

As you can see from the tweet above, as always there is no shortage of details for fans . There are televisions with power ups for the more attentive, and of course all the aesthetics of the game have been recreated to perfection.

It will be possible to buy the set through the lego stores, or the official website. The good news is that you won’t have to wait long, as LEGO Sonic the Hedgehog will be available from January 1, 2022, priced at € 69.99.

This was the year of Sonic, who in his 30th birthday returned at least for a while to the center of the scene as regards the dialogue on video games.

The future is just as interesting , because there is a new video game that is the sequel to the acclaimed film released in theaters a few years ago.

As for LEGO enthusiasts , when a set doesn’t exist there are fans who create it, like Master Chief’s beautiful helmet.

LEGO Super Mario is another beautiful video game themed set: you can buy it on Amazon at the best price!