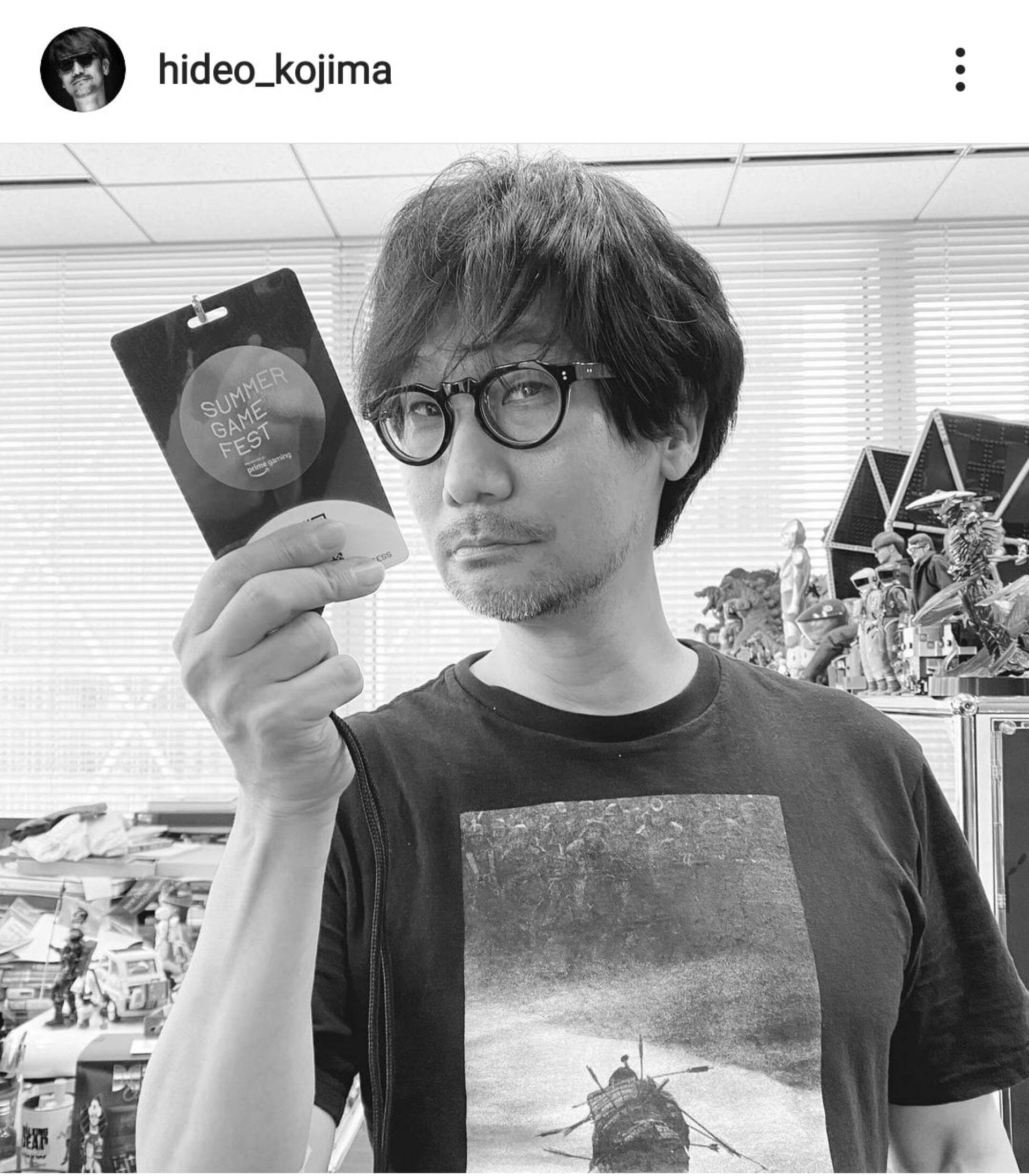 For months now we have been discussing the return of Hideo Kojima on the scene, perhaps with his new title made with his development company.

After the success of Death Stranding , Kojima Production has certainly set to work on a second project, still wrapped in the strictest secrecy.

In fact, if the adventure of Sam Porter Bridges has already convinced critics and audiences, it goes without saying that the expectations for the new video game from the father of Metal Gear Solid are really very high.

Now, via social media, Kojima-san has posted a photo he may have suggested when the Japanese author raises the curtain on his next project.

The image, which can be viewed just below, shows the good Hideo holding the Summer Game Fest pass in his hand.

The inaugural moment of the Summer Game Fest will take place on June 10 at 8.00 pm Italian time , with the appointment that will be broadcast live on Twitch (here i details).

We recall that during the last month of October the official confirmation had arrived that Kojima Productions was actually working on a new top-secret video game.

It’s also true that in May, the histrionic game designer had a long conversation with director Nicolas Winding Refn , the face of Heartman in Death Stranding , leaving to mean something would be moving (perhaps for a hypothetical Death Stranding 2 ).

But that’s not all: in recent weeks there have also been rumors about a possible change of course, which would see Hideo Kojima working on an exclusive Xbox, as claimed by the well-known journalist and insider Jeff Grubb.

It is also true that fans do not stop hoping for a possible return of the Metal Gear franchise, also given that it has been included in Death Stranding a curious reference to the legendary stealth action saga.

Infime, if you want to find out (or perhaps rediscover) what we think about Death Stranding , check out our strictly spoiler-free video review.

If you’re a Hideo Kojima fan and haven’t played Metal Gear Solid V yet, you can do so by taking advantage of Amazon’s offer.