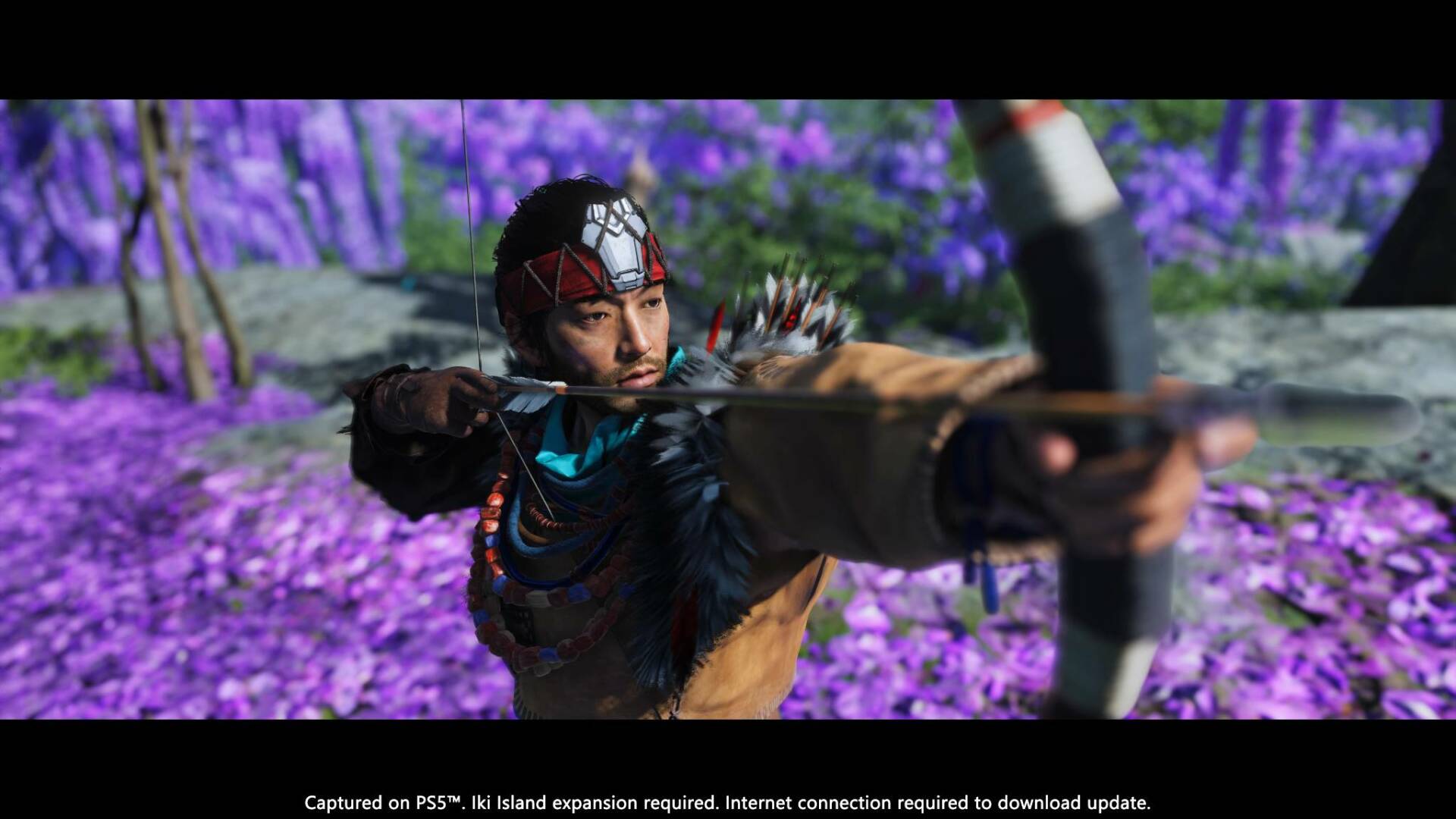 There are just a few days left until the launch of Horizon: Forbidden West and Aloy’s new adventure is particularly awaited by PlayStation players. Will the iconic heroine of the Guerrilla Games house be able to replicate the exploits of the original game, released in 2017? While we are all waiting to find out (and we will talk about it on February 14th on Gameshift ), Sucker Punch has also decided to wait for the game in its own way, offering a small gift to the Horizon series.

From now on, in fact, Ghost of Tsushima players who own the expansion for The Island of Iki (or the Director’s Cut that already includes it) can reach the new scenario. Here, they will find a wind altar to repair. By solving the puzzle dedicated to it, they will get as a prize a whole new outfit for Jin Sakai, who will improvise a Nora like Aloy, complete with necklaces and headdress of the iconic heroine.

Below, the tweet with which Sucker Punch announced this little gem dedicated to fans:

We are so excited for Horizon Forbidden West from our friends at @Guerrilla! While we wait, today we’ve released a new patch for Ghost of Tsushima Director’s Cut that repairs a Wind Shrine to the north of Iki Island. Solve the puzzle there to earn an Aloy-inspired surprise… pic.twitter.com/5brcjTvL7o

In addition to the new Aloy-themed content, the game’s 2.15 update also introduces a new difficulty, Platinum , to Ghost of Tsushima Legends , and addresses several issues that had been identified – including those that generated stuttering during gameplay.

If you want to read the complete changelog of the update, we recommend that you do it directly on the official website, at this address.

Available on PlayStation 4 and PlayStation 5, Ghost of Tsushima puts players in the shoes of Jin Sakai, called upon to protect Tsushima and choose whether to truly pursue the path of honor and the samurai, or whether to use cunning to kill in the shadows. You can find out more, strictly without spoilers, in our review.

Set after the events of Zero Dawn , Horizon: Forbidden West will lead players to play Aloy again, as the world seems plagued by an imminent natural catastrophe that leads to toxic plants and unmanageable storms to threaten life. Based on what she learned in the first game, will Aloy be able to avert this danger?

Waiting to find out, we remind you that the game was also shown a few days ago on PlayStation 4, and that by buying it from the browser you can save money by directly taking the cheapest PS4 edition – which includes the free upgrade (the last, for Sony games) to the PS5 version.

Are you fascinated by the world of Horizon ? In this case, you could take a look at the official artbook that reveals a lot of tribes, scenarios and machines.