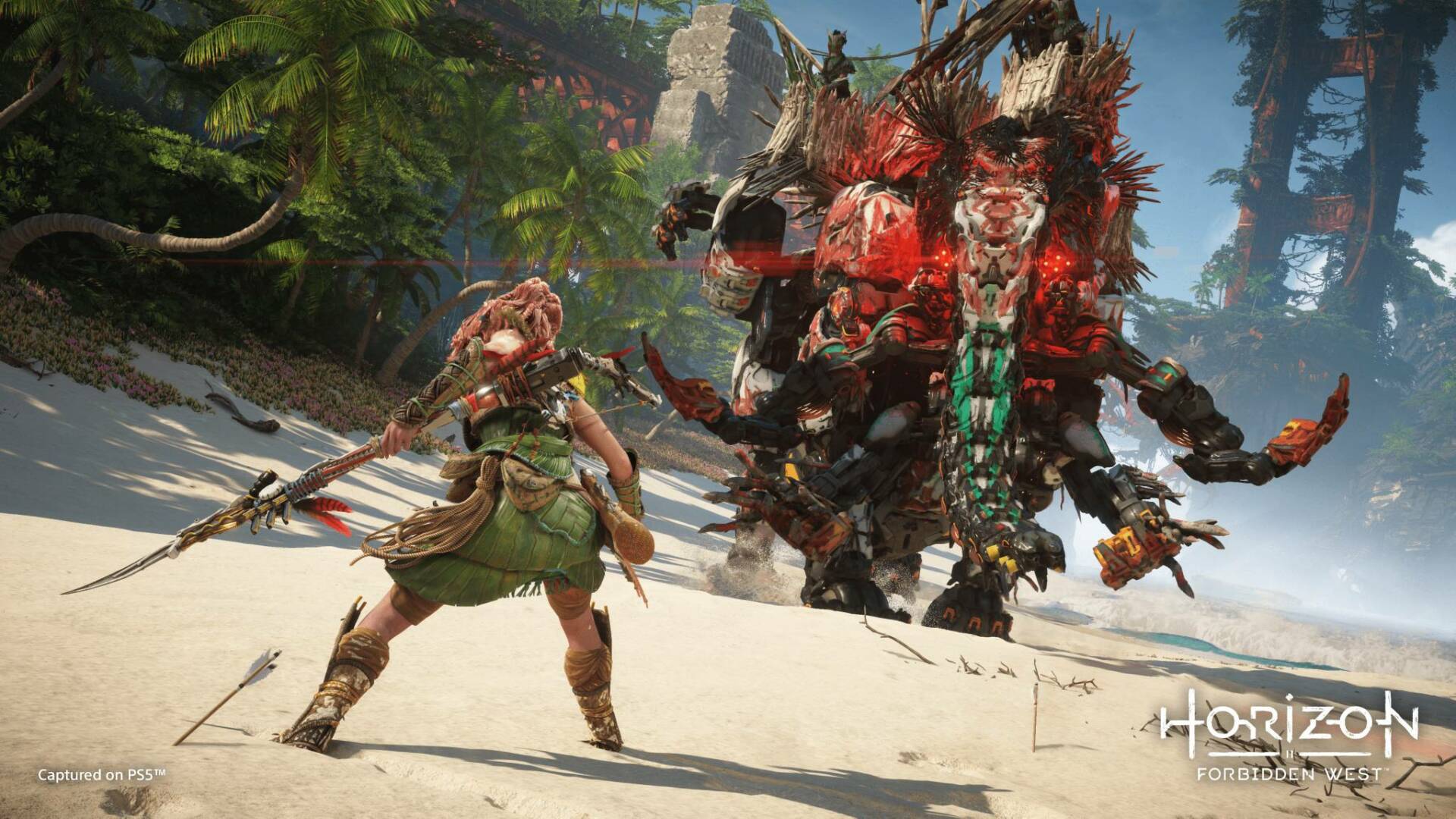 On May 27th, on the occasion of a dedicated State of Play, Sony again showed its Horizon Forbidden West , sequel to the title developed by Guerrilla Games .

While the first Horizon Zero Dawn fans were amazed by the open world set up by the developers, even with this sequel planned for PS4 and PS5 the show does not seem to be outdone.

Although there are currently some doubts about the launch window (which may not in fact be at the end of 2021 as predicted), some new information about the game has now emerged.

New details on Horizon Forbidden West have indeed been revealed by Game Informer thanks to a chat with Benjamin McCaw and Mathijs De Jonge by Guerrilla Games.

In the video, viewable just below, the couple of developers talk about what we will find in the sequel to the adventures of Aloy , including new features never seen before.

But that’s not all: Guerrilla also confirmed in the video that much of the game was developed with PS4 in mind and is still being tested on Sony’s old-gen console.

The PS5 version will have substantial improvements in any case, including a different water rendering technique than the PlayStation 4, as well as a significantly higher level of detail.

The game world will also be a bit bigger than in the past, although the attention of the developers is primarily focused on the amount of things contained within it.

We will also be able to use the Focus scan on humans (now fully harnessed with metal armor and much more), while the gameplay of the underwater sections will be deeper than it can be imagine.

In short, from what the developers revealed, the new Forbidden West certainly does not seem to belong to the category of more of the same : we’ll see if the promises of excellence are kept as soon as the game hits shelves.

We remember in any case that God of War Ragnarok has been officially postponed to 2022, something that could have left “free field” at the release of the new ALoy adventure by the end of the year .

But that’s not all: remember that in these hours a controversy has broken out on social media over the appearance of Aloy, the protagonist of Horizon Forbidden West.

If you want to know more about the game, including details on gameplay, weapons and release date, do not miss our rich recap that you can obviously find on the Gameshift pages .

If you dream of discovering everything, absolutely everything, about the world of Horizon Zero Dawn and Forbidden West , we recommend that you get your hands on the artbook edited by Guerrilla Games.