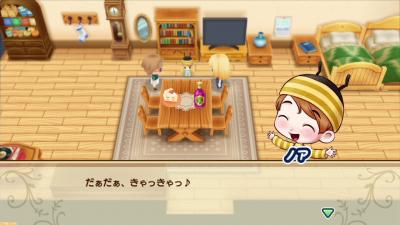 Fans of the Harvest Moon series will be happy to discover that soon, at least in Japan, there will be the return of a classic episode of the saga. As revealed in advance by Famitsu , in view of the arrival of the next issue of the magazine on newsstands, work is underway for a remake of Harvest Moon: Friends of Mineral Town , originally released on GameBoy Advance in 2003 and ready to return to Nintendo Switch in 2019.

At the moment the magazine has not yet revealed the details on the game, but has published the first images (you can find them in the gallery below), also anticipating that the Japanese release is scheduled for October 17, 2019. We are waiting, instead, to find out when the game will debut on European Nintendo Switches.

Friends of Mineral Town , we recall, was already a remake of the previous Harvest Moon: Back to Nature , released in 1999 on PlayStation.

We look forward to more details about this remake, so keep an eye on the Gameshift pages for all the news.