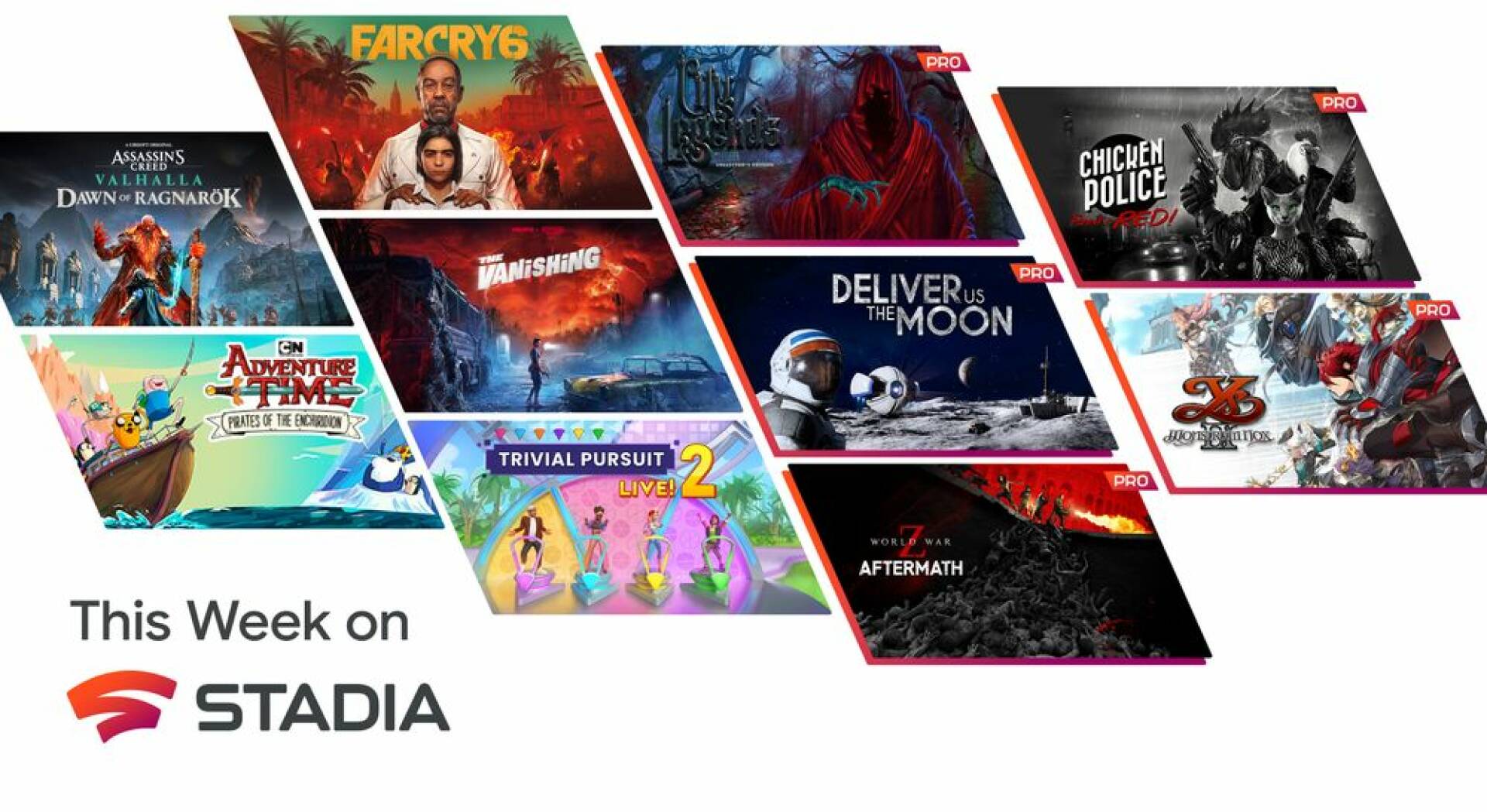 With a new tweet, Google Stadia has just announced the new free games that will be available in April for all Stadia Pro subscribers.

Each month registered players have the opportunity to redeem at no additional cost new titles to add to their catalog. An initiative that has also included games of the caliber of Darksiders III in recent months.

An initiative that certainly contributes to giving a boost to the life of Google Stadia which seems to be on the verge of death , even if the technology giant seems to have a plan B.

Which has not yet been completed, while it will be possible to try the games for free even without a subscription , as was recently announced.

As you can see from the image above,

Five games to add to your collection on Stadia Pro , and which you can redeem if you have an active subscription . A selection that is also quite curious in terms of variety.

Deliver Us to the Moon is a beautiful science fiction adventure, while City Legends will throw you into urban legends in an adventure full of puzzles. Adventure Time: Pirates of the Enchiridion is, as the name might suggest, the perfect adventure for lovers of the well-known animated series.

But the name that stands out is inevitably that of Far Cry 6 , which can be played for free from March 24-28 with an active Stadia Pro account.

And Google is keen to let us know that the latest expansion of Assassin’s Creed Valhalla has also arrived on Stadia . If you want to know how it is, you just have to consult our review.

And those of Nintendo Switch Online, which will catapult you into the era of vintage gaming of the Kyoto House.

You can play Far Cry 6 with ease… if you buy it on Amazon at the best price.