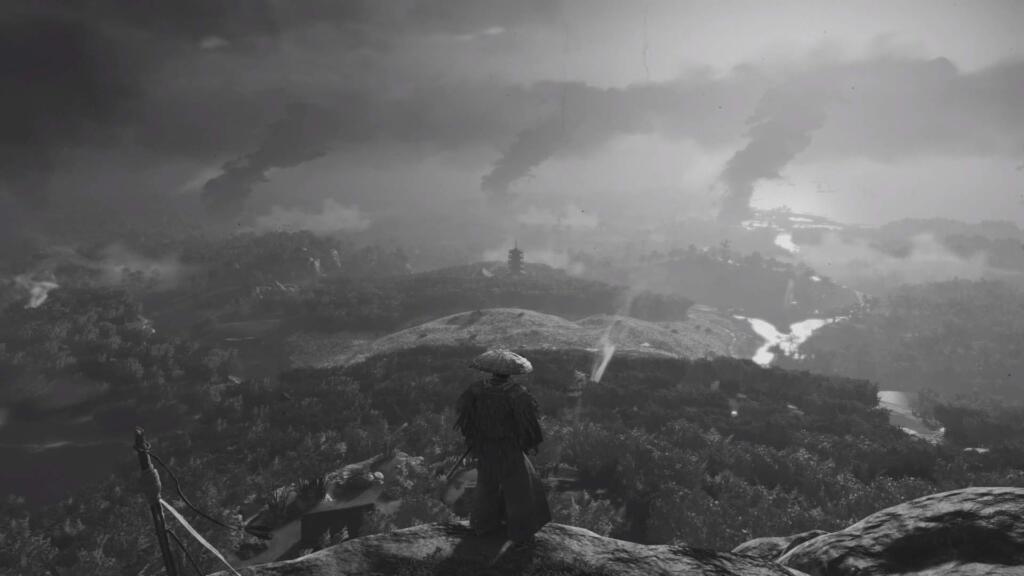 > Ghost of Tsushima is the next exclusive for PlayStation 4 console developed by the talented team Sucker Punch, an open world title set in Feudal Japan that promises to be truly amazing. Focused on a combat system in which you can choose a samurai or silent ninja assassin approach, the game will debut in a few days on the Sony platform.

Now, Jason Connell and Nate Fox – the creative directors of Ghost of Tsushima – have now talked about the influence that the legendary Japanese director Akira Kurosawa had about their game (i.e. the Kurosawa Mode in black and white inspired precisely by his filmography).

I think an example crystalline is the film Sanjuro, It is a film that presents, in the end, a stall between two samurai. The tension that these two warriors have, waiting for the other to make a first move, before one of them dies with a single sword stroke. We tried to translate it directly into our game.

«Another movie that the game aims at is Kurosawa’s The Seven Samurai from 1954, which defines my concept of what is a samurai “, notes Fox. ” The samurai in that film have a dignity and a heart that we really tried to capture “.

Connell, Fox yes they are also inspired by Japanese comics such as Usagi Yojimbo and other video games from the past such as Karateka (1984). The influence of Kurosawa’s work was strong enough to honor the director – who died in 1998 – with a mode dedicated to him in black and white (which reflects Kurosawa’s cinematic style and aims to give players the feeling of playing inside a real samurai movie.

Connell and Fox proposed the idea to Kurosawa’s property to have a sort of official blessing for their project: «We have this fantastic game that carries the people in Japan Feudal and Akira Kurosawa was one of our reference guides, especially at the beginning “, explains Connell.

And again: ” As we got closer and closer to make it all reality, they thought ‘How do we call this special mode we created, this return to the past in black and white?’ At the end we thought: ‘It would be fantastic if we could call it Kurosawa Mode.’ To do this, we felt that we had to achieve license holders and find out if they could be interested in it. We have sent a short video showing how the game looks and what it broadcasts. »

« It’s not just a black and white filter », explained Connell. “We actually did research on the features that could be included in that type of movie that [Kurosawa] could have used in person.”

In our game preview you we explained all the most interesting news of the adventure, including the fact that the title «has many characteristics of great interest and bases its offer on exploration, on the multifaceted possibilities offered by the combat system and the stealth, and on the game style and equipment customization. »

Ghost of Tsushima , we remember, is always out on July 17th, exclusively for PlayStation 4 .

On Amazon the preorder of Ghost of Tsushima , so you don’t miss this new adventure set in Feudal Japan.