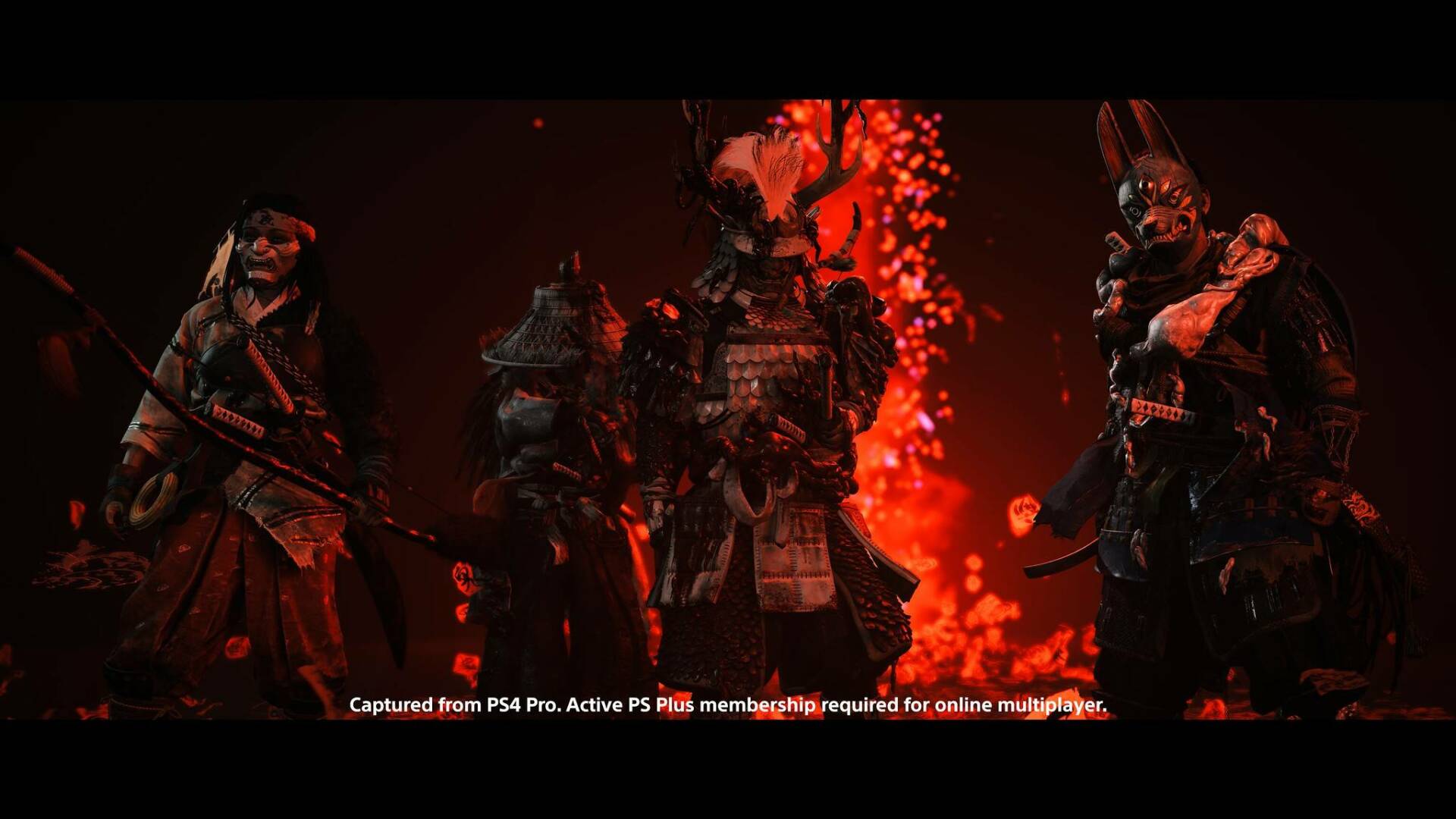 On October 16th, Sucker Punch and Sony released Ghost of Tsushima Legends on PS4, introducing for the first time multiplayer in the Japanese-themed adventure originally released on the PlayStation console last summer.

For the uninitiated, the Legends download is absolutely free for all owners of the original game, allowing us to experience first-hand a brand-new cooperative mode.

Now, the developer has officially announced that next October 30 the story of Legends will reach its exciting ending.

In a few days a new end-game raid is expected to take place entirely in the kingdom of Iyo. “The Tale of Iyo” is in fact a three-chapter raid that will require four players ready to coordinate.

The content will not support matchmaking, so players will need to find their party outside of the game, through online dating (or friends in real life). Once the four players have reunited, it will be necessary to have a KI level 100, the minimum necessary to take part in the challenge.

This raid will kick off with a new series of weekly challenges, starting next Friday at 8:00 PDT: story missions for two players and Survival missions for four players with changes are expected weekly. These missions will reward the user with new equipment (useful for preparing for the grand finale).

Ghost of Tsushima Legends also includes the New Game + mode and a new internal currency for rarer items, as well as the welcome introduction of the ability to ally dogs. in the form of a spirit (with the possibility of caressing them, exactly as done with foxes).

If you want to know more about the latest Sucker Punch adventure for PlayStation 4, our advice is to also catch up on our review of Ghost of Tsushima by Domenico Musicò, in which we reveal the pros and cons of this exciting action title.

Ghost of Tsushima , we remind you, is in any case available from last July 17th exclusively on PS4 consoles.

On Amazon Ghost of Tsushima is available at a very attractive price, so you can discover the recent and surprising adventure set in suggestive ancient Japan. Don’t miss it!