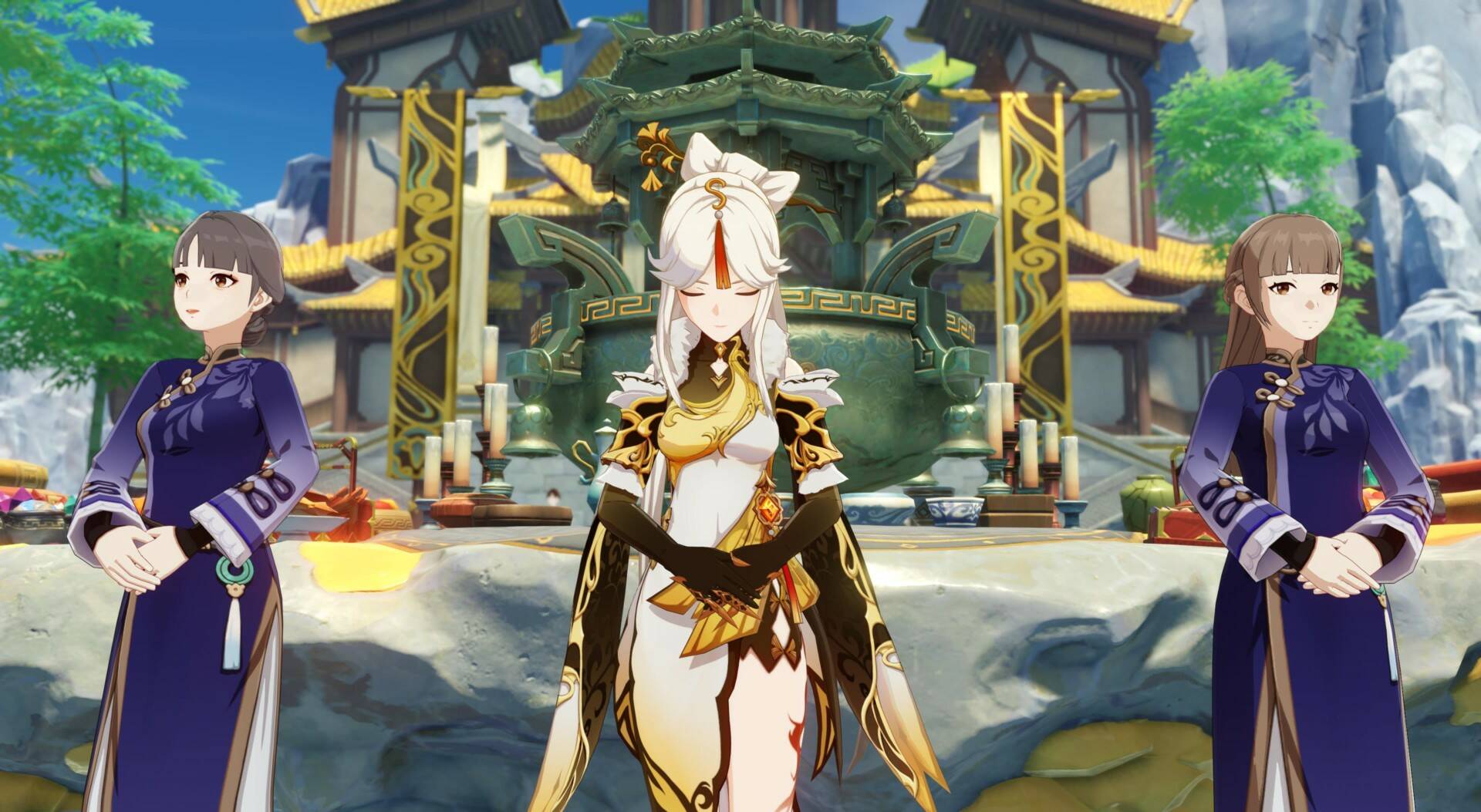 Genshin Impact is still fresh from its biggest update , which fans of the title are already about to receive an extra amount of very interesting content.

The game, which winks at the equally famous Zelda Breath of the Wild , does not seem to want to stop, what the developers of miHoYo know all too well .

After all, the new Genshin Impact update is in fact the biggest ever, taking free-to-play in new directions.

However, we are already thinking about the 2.1 update, which will also bring a minigame much loved by Red Dead Redemption players.

Now, according to the words of the always reliable leaker Penpen, in conjunction with the arrival of version 2.1 at least not one will be added, but six new special events .

We start with Distant Storm , an event focused on a boss fight against the new enemy called Electro Oceanid, while below we find Light Caresses the Moon , a cooking event focusing on Xiangling and Keqing.

Next it will be the turn of Hyakunin Ikki , most likely an Inazuma version of Contending Tides, in which we will have to face waves of enemies under specific conditions.

And then the turn of Lunar Realm , an event focused on the new fishing mechanics, followed by Mendacious Waves , a new special event against the new boss Hydro Cube.

Closes the Spectral Secrets picture, apparently set up as a real treasure hunt.

Obviously, we await official communication from the development team, who will perhaps provide us with the release dates of the first special events mentioned above.

Who knows if this will help to further increase the success of free-to-play, as we have already fully explained to you in the special by our Valentino.

Recall, however, that the myHoYo title just welcomed Aloy from Horizon Zero Dawn .

At this address you will also find our complete guides to start playing without too many headaches.

If you want to immerse yourself in the world of Genshin Impact using a mobile phone, you can consider purchasing an ASUS ROG Phone 3 at the price offered by Amazon.