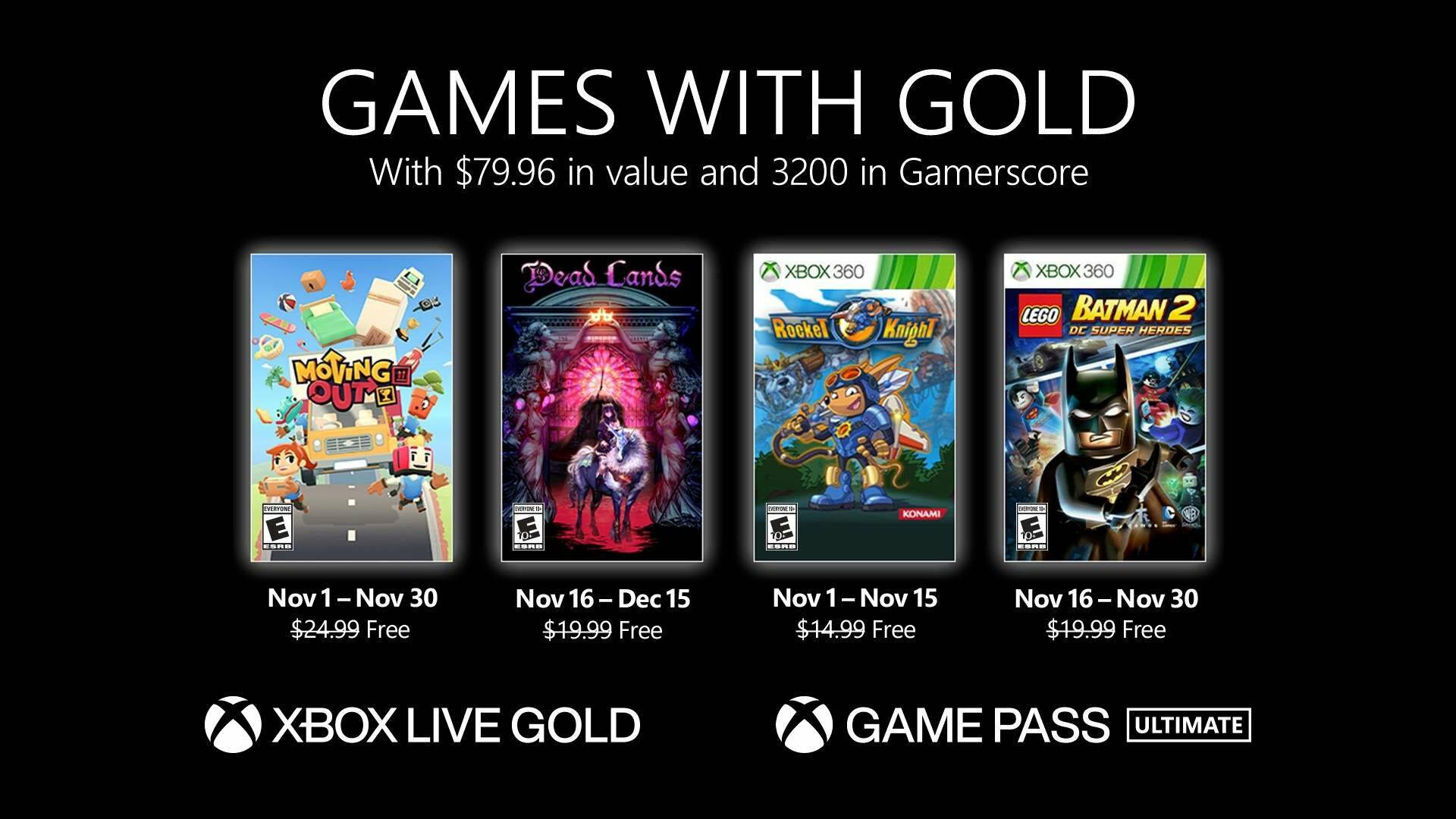 Punctual as always the Games With Gold arrive, the selection of free games from Microsoft offered to its subscribers that in the month of November features a Batman game.

This is one of the most extravagant games dedicated to the Dark Knight , which also inspired a beautiful film that was recently released.

Among other things, Batman could be the protagonist of a very unlikely video game, a rival of Super Smash Bros in an absurd multiverse.

These announced games will replace the October Games With Gold , which are still available for download for a few days.

November games announcement arrived as always punctual from the official Xbox site, with the complete list of titles.

These are the games included in the subscription to Xbox Live Gold and Xbox Game Pass Ultimate for the month of November :

Moving Out , a hilarious moving out multiplayer title, will be available for the whole month of November.

As regards Kingdom Two Crowns , a very deep management software, it will be downloadable from November 16th to December 15th .

Rocket Knight , a great classic of the SEGA of the past, will be available for download from 1 to 15 November .

Closing instead with LEGO Batman 2 DC Super Heroes , an adventure that puts us in the shoes of many DC Comics heroes, you can download it from 16 to 30 November .

Last month Games With Gold also welcomed the most beloved of the Resident Evil , a gift that is truly appreciated by fans.

All while Xbox is already thinking about the future, showing all players its ideas for the console of the future … of 2042 to be precise.

And don’t forget Xbox Game Pass of course, which just recently added a ton of interesting games to the catalog.

All Games With Gold video games are backwards compatible, play them on a new Xbox Series S that you can find on Amazon!