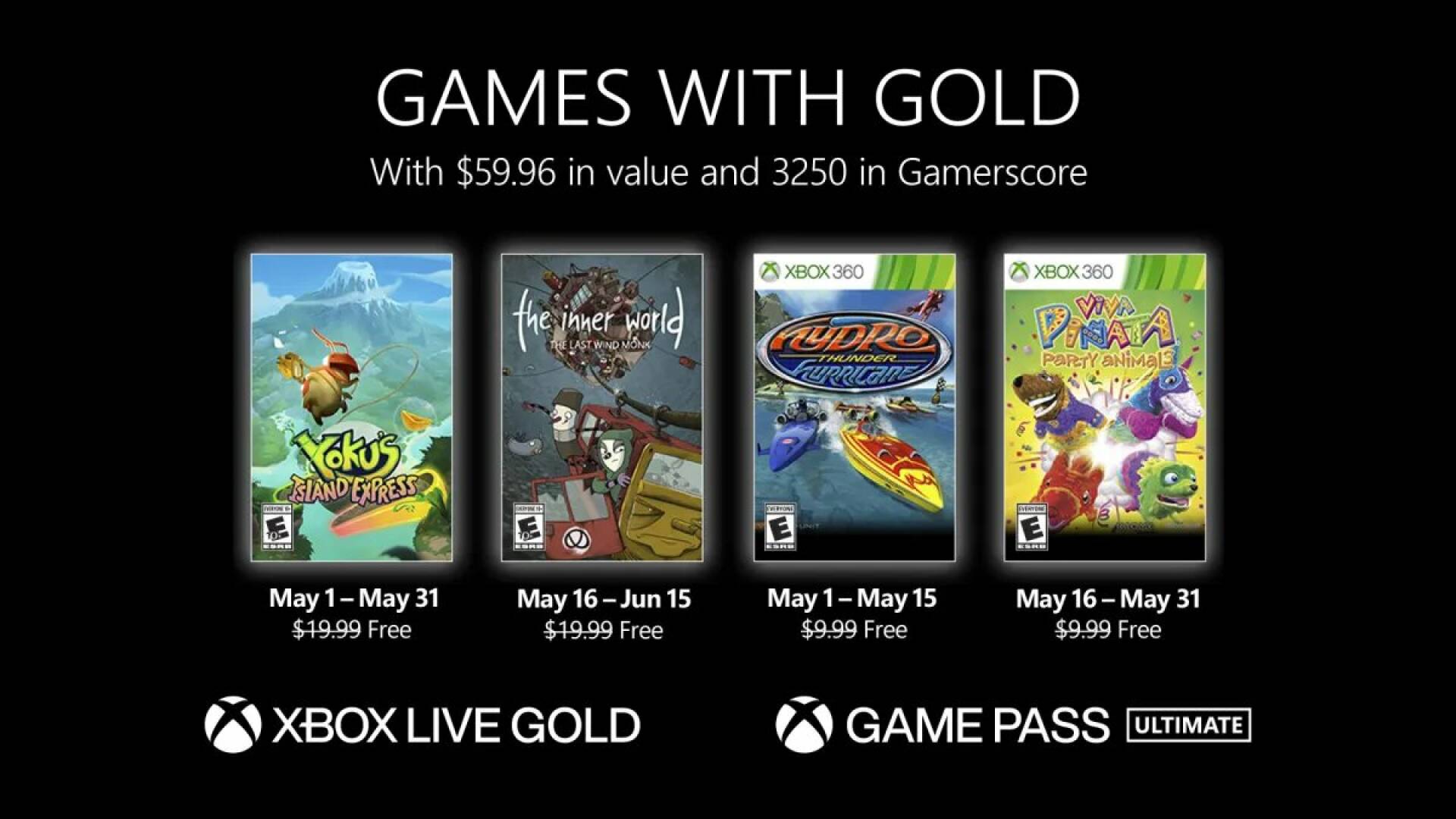 Microsoft has come out and officially announced the new free Xbox games for May available on Games With Gold .

Just like in the previous months, the initiative reserved exclusively for Xbox Live Gold or Game Pass Ultimate subscribers will allow you to redeem 4 new titles for free , at no additional cost.

This time there were no rumors or leaks whatsoever but, curiously, the announcement comes as Xbox offers you three more free games.

With a post published on the official Xbox blog, the Redmond company has thus released the names of the new giveaways that will be available in the next month .

Below we propose the official list of free games Games With Gold that will be available in the coming weeks:

Yoku’s Island Express is a delightful puzzle game in which you’ll play as a postman on a fantastic island. However, an ancient island deity is trapped in a restless sleep and it’s up to Yoku to cross the island to help those in trouble .

Viva Piñata Party Animals is instead a spin-off of the historic Rare video game, but not developed by the legendary software house. Mexican animals find themselves celebrating the craziest party ever, in a video game that is certainly not to be missed, but always fun to play.

The games as gifts will, as always, be accessible exclusively to users registered for Xbox Live Gold and Game Pass Ultimate and once redeemed they can be redeemed and played forever , to I agree to still have an active subscription.

While waiting for the new giveaways to be available, we remind you that you have still a few days to redeem the latest free games for April.

While on Xbox Game Pass a huge triple A arrived, surprisingly, in recent days.