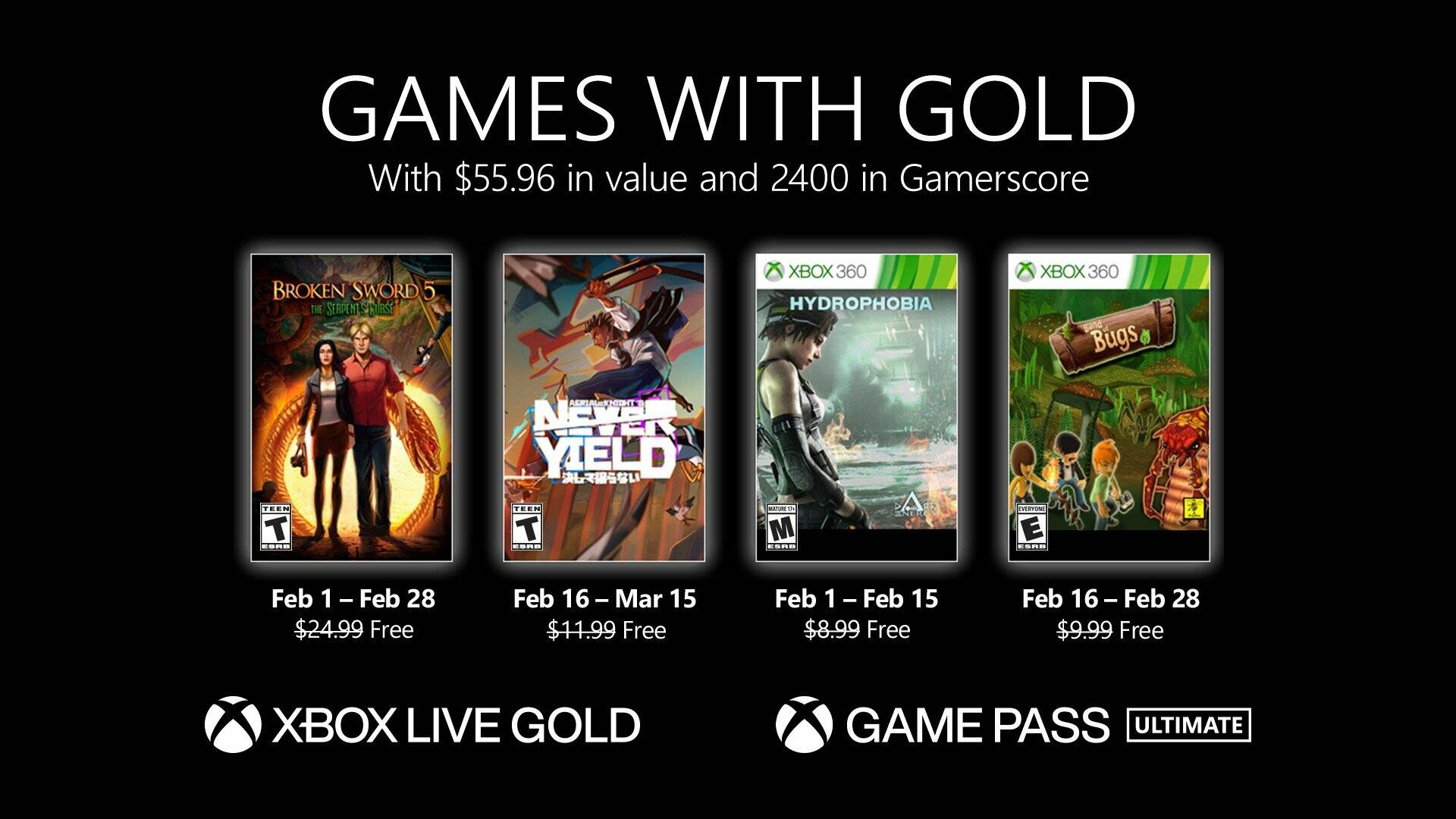 Punctual as always the Games With Gold arrive, the selection of free games from Microsoft offered to its subscribers that in the month of February offers games with a particular taste.

The initiative is obviously linked to Xbox home consoles and, as you can easily guess, is therefore intended solely and exclusively for owners of an Xbox Live or Xbox Game Pass Ultimate subscription.

The free January games are still available for a few days, and have opened a very promising year of titles offered by Xbox.

On Xbox Game Pass , however, the latest title of the generous offer of titles of the month is available from today, which had inside also illustrious triple A.

The official announcement comes, as always, via the Xbox official site, which also reports the dates these games will be available.

These are the games included in the subscription to Xbox Live Gold and Xbox Game Pass Ultimate for the month of February :

Broken Sword 5: The Serpent’s Curse and Aerial_Knight’s Never Yield will be on Xbox One, as well as being playable on Xbox Series X | S through backwards compatibility .

Meanwhile, Hydrophobia and Band of Bugs are instead designed for Xbox 360 users although, just like the One games, they will always be playable on Xbox Series via backward compatibility.

Xbox Game Pass , meanwhile, has already confirmed the first free games that will be available from day one by subscription starting from February .

Epic Games Store is also upping the ante , with its classic weekly free games which were announced today.

And Amazon Prime Gaming ? Obviously, she didn’t miss the opportunity to offer some free games to its users, for a very interesting February.

We remind you that Games With Gold are exclusive only for those who have an Xbox Game Pass Ultimate subscription: what are you waiting for?