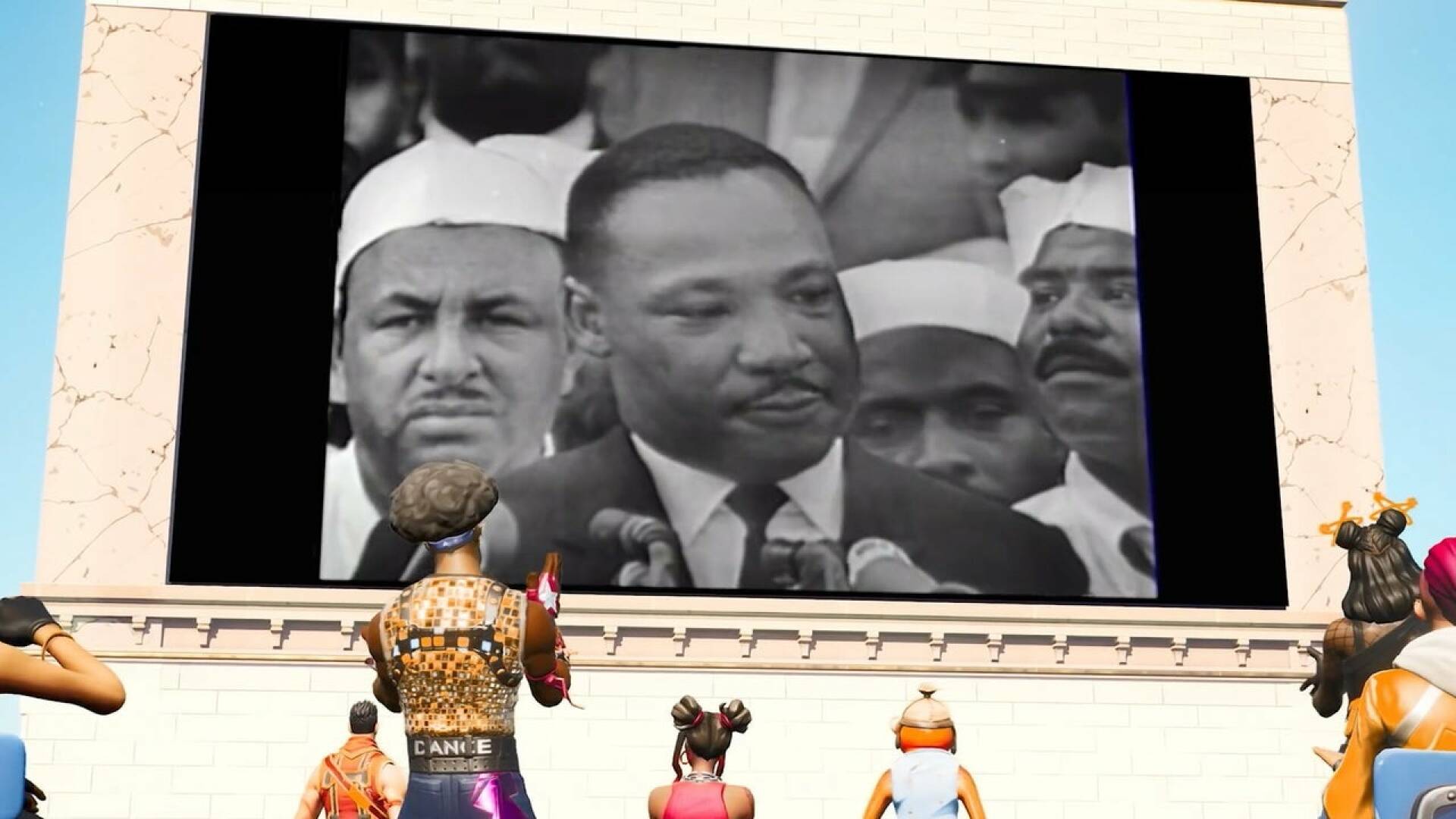 Fortnite continues to offer new content to its vast community of players, to which is now added a real and very important historical icon .

The Epic Games battle royale has been literally invaded by skins and content of all kinds, often linked to characters from both successful films or products or even entertainment or sports stars.

After all, following the news of the launch date of Halo Infinite , the game has decided to celebrate Xbox revealing the return of an important crossover.

Not to mention that Colombian singer J Balvin is also ready to make his entry into the battle royale through the Icons series.

Now, as an initiative of the Journey through time , a project has been announced in collaboration with Time Studio which aims to pay homage to the great Martin Luther King Jr ..

More specifically, players can in fact visit D.C. 63 , that is the digital version of Washington D.C. about half a century ago .

Once there, users will be able to attend the famous “I have a dream” speech which took place at the Lincoln Memorial and the National Mall .

But that’s not all: players will also be able to access a series of educational contents to learn more about Luther King Jr ..

Curious how a generally “violent” game (note the quotes), has decided to pay homage to the leader of the civil rights movement for African Americans and Nobel prize for peace in 1964, dramatically murdered four years later in the city of Memphis.

Epic Games therefore intends to “interrupt” the various online battles in order to sensitize young players to a still very current character, especially in the era of Black Lives Matter .

You’ve already read that in the last few days the battle royale introduced the Impostor mode inspired by the famous Among Us , but the Innersloth team didn’t take it very well.

But that’s not all: according to the latest leaks, an open world sandbox mode could also arrive in the future.

If you love Fortnite and Nintendo Switch, you can’t miss the special edition of the console at the price offered by Amazon.