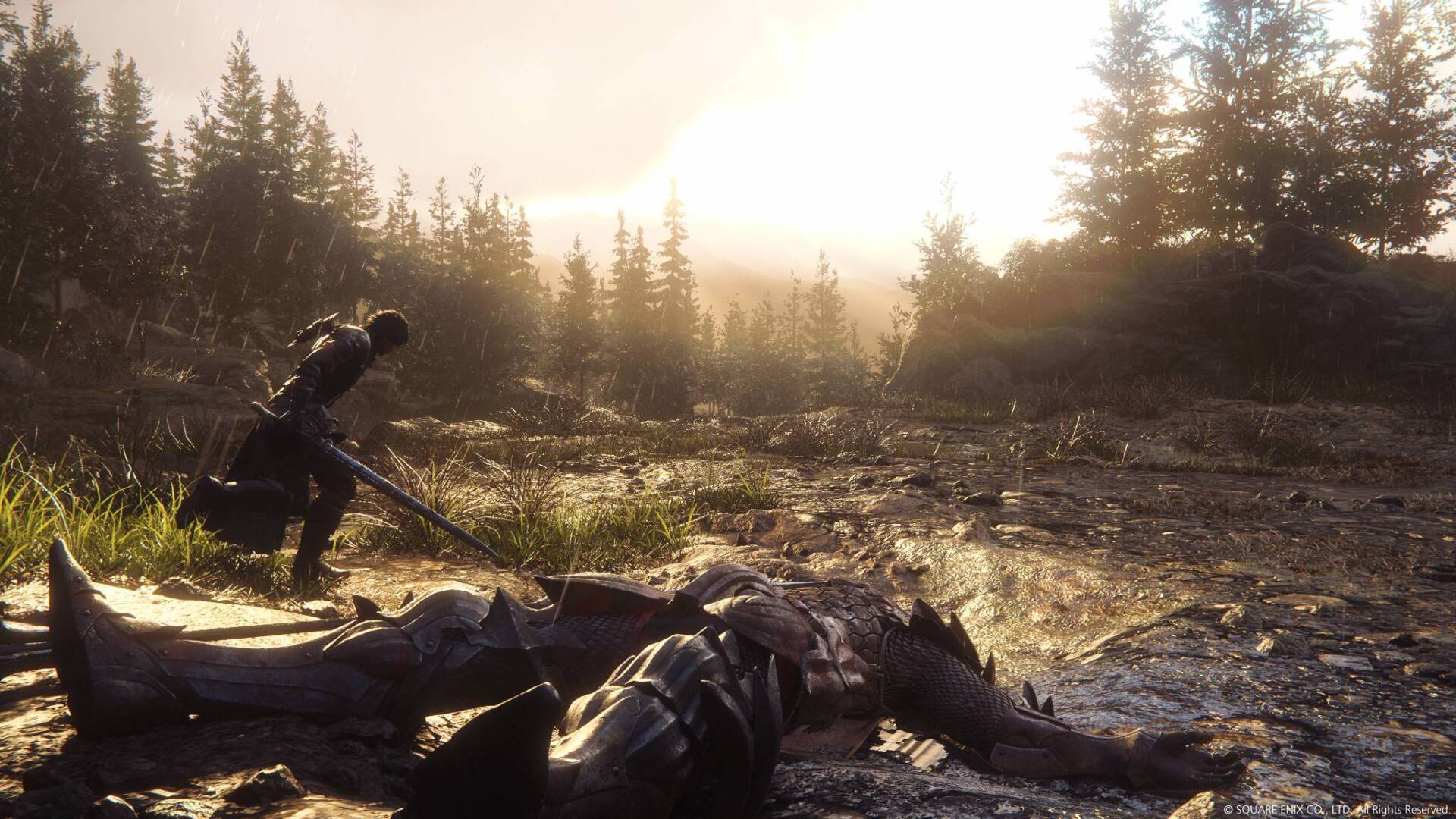 We are learning more and more details about the awaited Final Fantasy XVI , which will make its way over the course of next summer on our PlayStation 5 . At the head of the project, Naoki Yoshida first of all anticipated that it will not be an open world, just to give an example, also underlining that the game will have particularly adult tones because the team has not bothered to obtain a particularly permissive label from entities such as PEGI.

So while fans have already fallen in love with the dog popping up from the game’s promotional materials, the interview with Japanese magazine Dengeki (via VGC ) also reveals some interesting details related to the dubbing of the game – which obviously no, it will not be in Italian. However, there is a precise choice behind what Square Enix did, which to give voice to the protagonists of its next role-playing game wanted actors with an exclusively British accent, and not an American .

The reason is obvious: also accomplices classic as The Lord of the Rings , in our imagination medieval fantasy is associated with a British language, and not an American one. Square Enix has decided to marry this stylistic choice with FFXVI , as explained by Yoshida:

«This is particularly true for our generation, but there is that image for which medieval fantasy corresponds to Europe , which was made famous by The Lord of Rings ».

The game will also have European influences in its way of representing the medieval scenario in which we will move, starting from the dubbing.

« We wrote the script first in Japanese, then we translated it into English, then we did the facial capture of the dubbing in English» retraced Yoshida. «This time, the motion capture and voice dubbing was entrusted to European actors ».

No American accent, which is quite unusual when we think that a lot of video games have voice actors coming from the States. United. This will not be the case:

“Even if it’s English, we were careful not to include any American accents. The decision was made to prevent American players from getting angry: ‘I was waiting for a medieval European fantasy, why do they speak with American accents?’ * Laughs *. This is why all lines are dubbed with the English accent “.

The news is actually not particularly surprising, considering that a large part of the development team not only comes from the great experience of relaunching Final Fantasy XIV , but also from Final Fantasy XII (which you can find on Amazon for cheap now).

Even the twelfth title, you will remember, had a medieval style setting, where a lot of space was given to British accents . Interviewed by USGamer colleagues in an interesting in-depth analysis, the locators Joseph Reeder and Alexander O. Smith in that case explained that they wanted to give an English accent to the imperials, while moving towards other cadences for the characters that they came from different regions.

«There was actually a mix of dialects» they said in 2015. «There was a British accent for the imperials, a mid-20th century American accent for the rebels of Rabanastre, with exceptions on both sides ranging from the colloquial speech of Bagam’non and his team to the more ‘Victorian’ dialect of the Judges “.

It’s details like these that underscore how much depth localization can add to a game world and we’re curious to see if it will be the same with Final Fantasy XVI , which could possibly offer accents from different parts of the UK depending on where the characters come from.

Waiting to find out more, a few days ago, our Silvio Mazzitelli explored the Eikon in an interesting special, the evocations that we will see in the game, retracing their mythological figures and connecting the dots about the role they will play in the title .

The appointment with Final Fantasy XVI is set for summer 2023 on PlayStation 5.