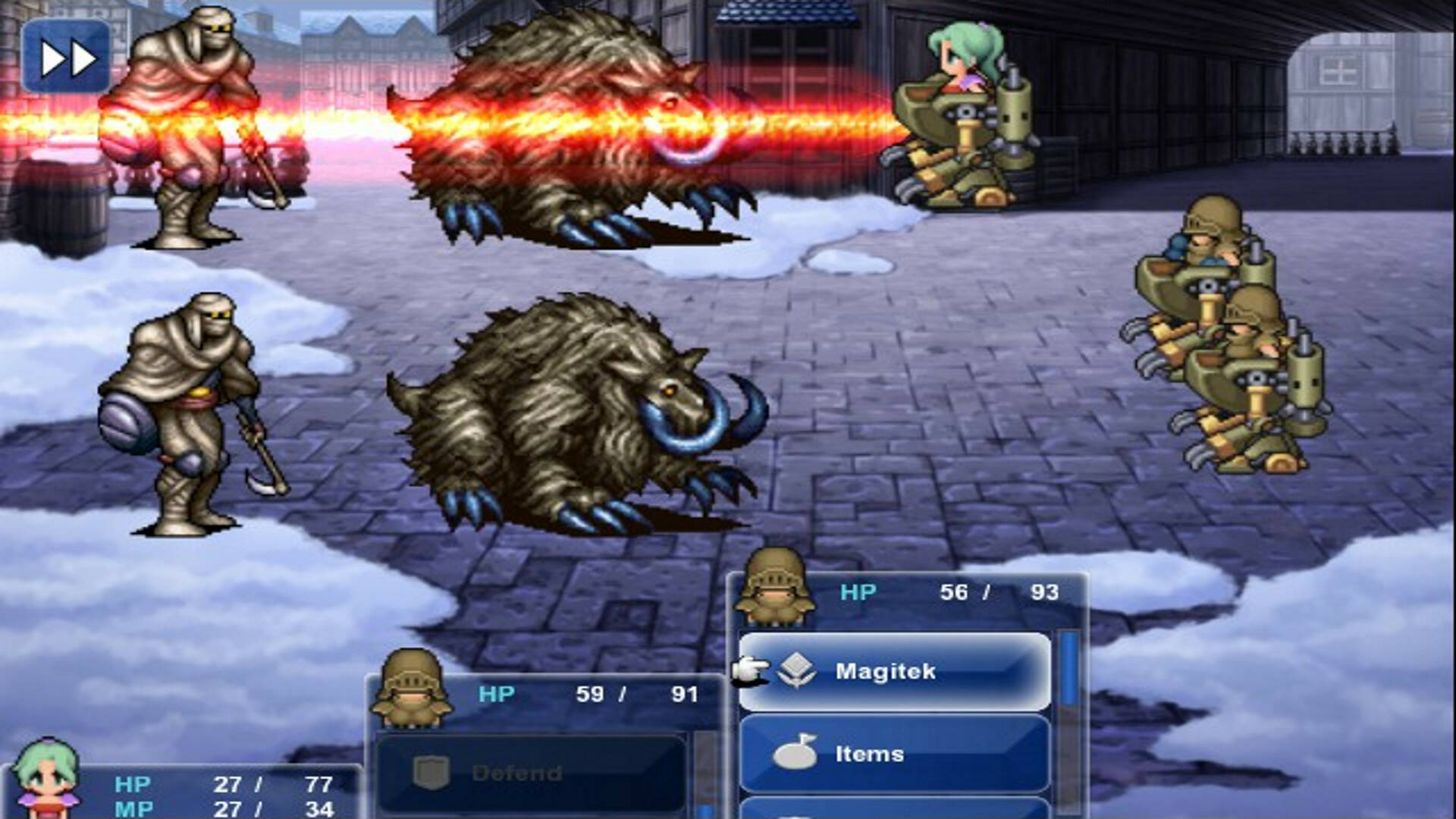 The Final Fantasy saga is experiencing a kind of second youth, thanks also and above all to a series of complementary titles, including spin- off and remake, able to give new life to the franchise.

Final Fantasy VII Remake Intergrade , the latest chapter available on PS5 a few months ago, has indeed shown that there is still a “hunger” for classics, despite everything.

Other chapters released in the past few decades, particularly those that appeared in the glorious generation of PSOne, have also received some really impressive “homemade” remakes.

Not to mention that someone has indulged in transforming the classic episodes of the JRPG saga into works designed by Studio Ghibli (for a breathtaking final result).

After the success of the remake of the adventure of Cloud and associates, many have begun clamoring for other remakes of historical chapters, unfortunately without being fulfilled at the moment.

With the exception of the DS remakes of the classics Final Fantasy III and IV (revisited in a 3D key), there is another chapter belonging to the 16-bit era that fans would love to play in the current generation.

We are talking about Final Fantasy VI , recognized by fans around the world as one of the best games in the series (for some, even the best JRPG of all times).

Now, in the absence of any announcements from Square Enix (which seems to have forgotten the chapter in question), someone has decided to make the “official” remake themselves.

Via Reddit , user Either_Imagination_9 has indeed pulled out of the hat a very credible cover of Final Fantasy VI Remake for PS4 (which found below).

The surprising thing, however, is another: the concept art has received over 2000 appreciations and 400 comments, which demonstrates the immeasurable interest in one of the chapters of the Final Fantasy saga perhaps among the most underrated.

The sixth episode of the series is certainly one of the most revolutionary ever , especially as regards the plot, given that for the first time “adult” and strong themes are dealt with, such as suicide or death (understood as pain for the loss of a loved one).

Who knows if Square decides, in the not too distant future, to give new life to the adventures of Terra, Celes, Locke and Kefka (recently returned in any case in the Final Fantasy Pixel Remaster , a compilation containing the classic titles of the series).

In the meantime, other fans have created a surprising Final Fantasy X in a next-gen “version”, with Unreal Engine and Ray Tracing.

But not only that: have you also read that the legendary creator of Final Fantasy , Hironobu Sakaguchi, has revealed what will be his last game before the official retirement from the video game industry?

Finally, according to a series of clues, it seems that Final Fantasy VII Remake could be the next title to “move” from PlayStation to PC.

You can still go on an adventure with Final Fantasy VII Remake, yours at a discounted price on Amazon!