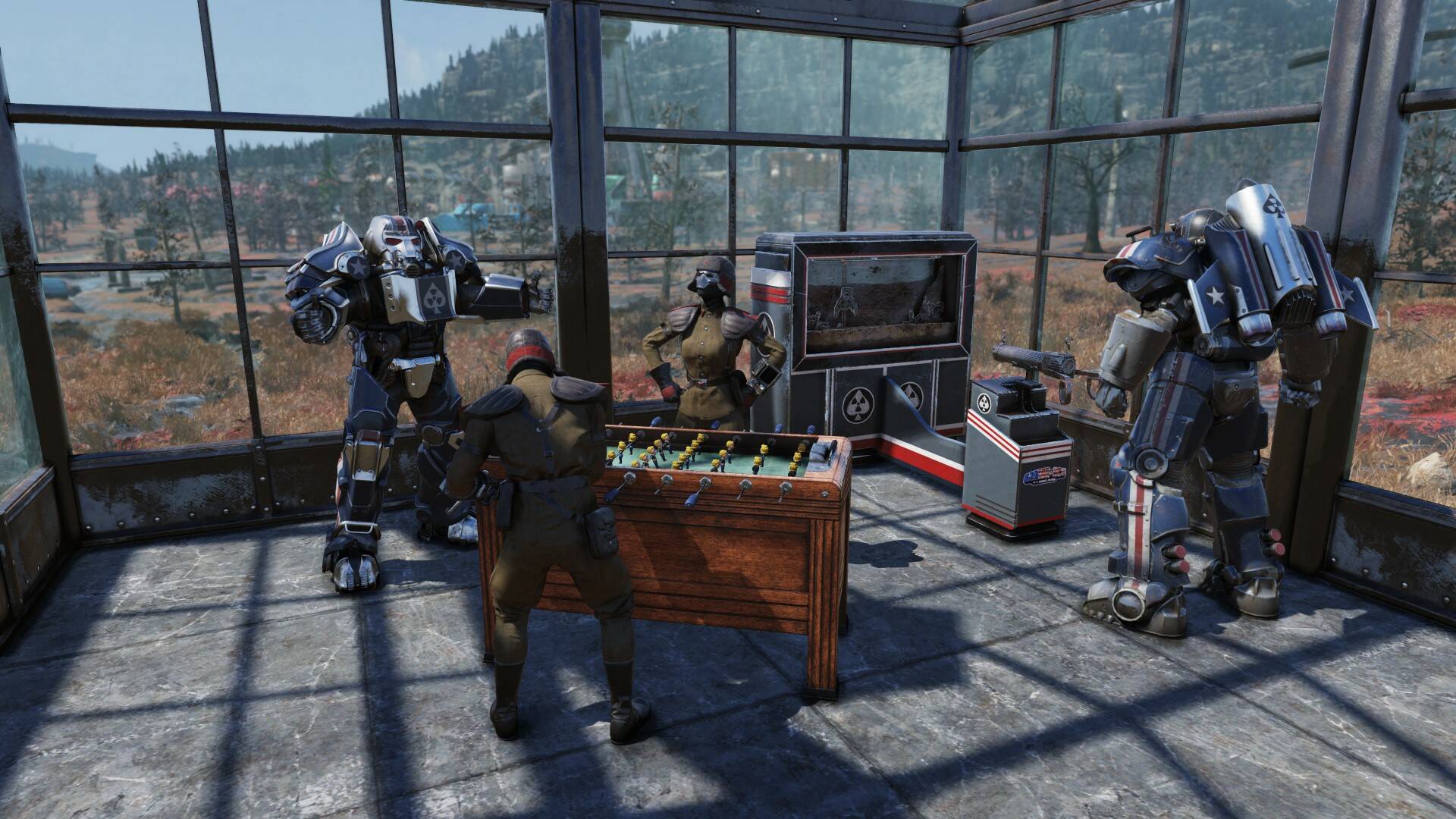 Years after its release, Bethesda does not seem to want in any way to discontinue support for its Fallout 76 , a game capable of having from his a legion of enthusiasts.

The MMO, despite a launch that is not described as chilling, has been gradually improved over the months, so much so that it has reached an almost optimal shape.

If already with Fallout 76 Worlds it emerged how users now had the opportunity to indulge themselves with the most abstruse ideas , the taste for personalization for the “worlds” of Bethesda’s MMO also passes through the latest Nintendo-themed creation .

Also reported by Screen Rant , a Fallout 76 player known as Smugpotato took advantage of the CAMP system to create a fun creation themed Kirby , one of Nintendo’s most beloved characters and series.

With an image posted on Twitter , Smugpatato shows the giant exterior of the player’s house made with classic features and colors by Kirby.

In fact, the house appears pink with two funny arms, two red feet, two oval-shaped eyes (with black pupils) and is even The blush commonly seen on Kirby’s cheeks has been recreated.

While the interior of this real Kirby house has not yet been shown, the exterior remains a faithful recreation of the ‘adorable and chubby Nintendo hero .

While the lovable Kirby might not be an appropriate inclusion in a post-apocalyptic context like Fallout , it’s surprising how this build fits quite well anyway. at L’MMO.

Fallout 76 has in any case earned a very impressive position in our ranking of the best games of the series.

Staying on the subject, you have also seen that the TV series on Fallout , which promises to be very interesting and faithful to the saga of origin?

If you want to experience the classic Fallout 4 for yourself, take advantage of this special offer.