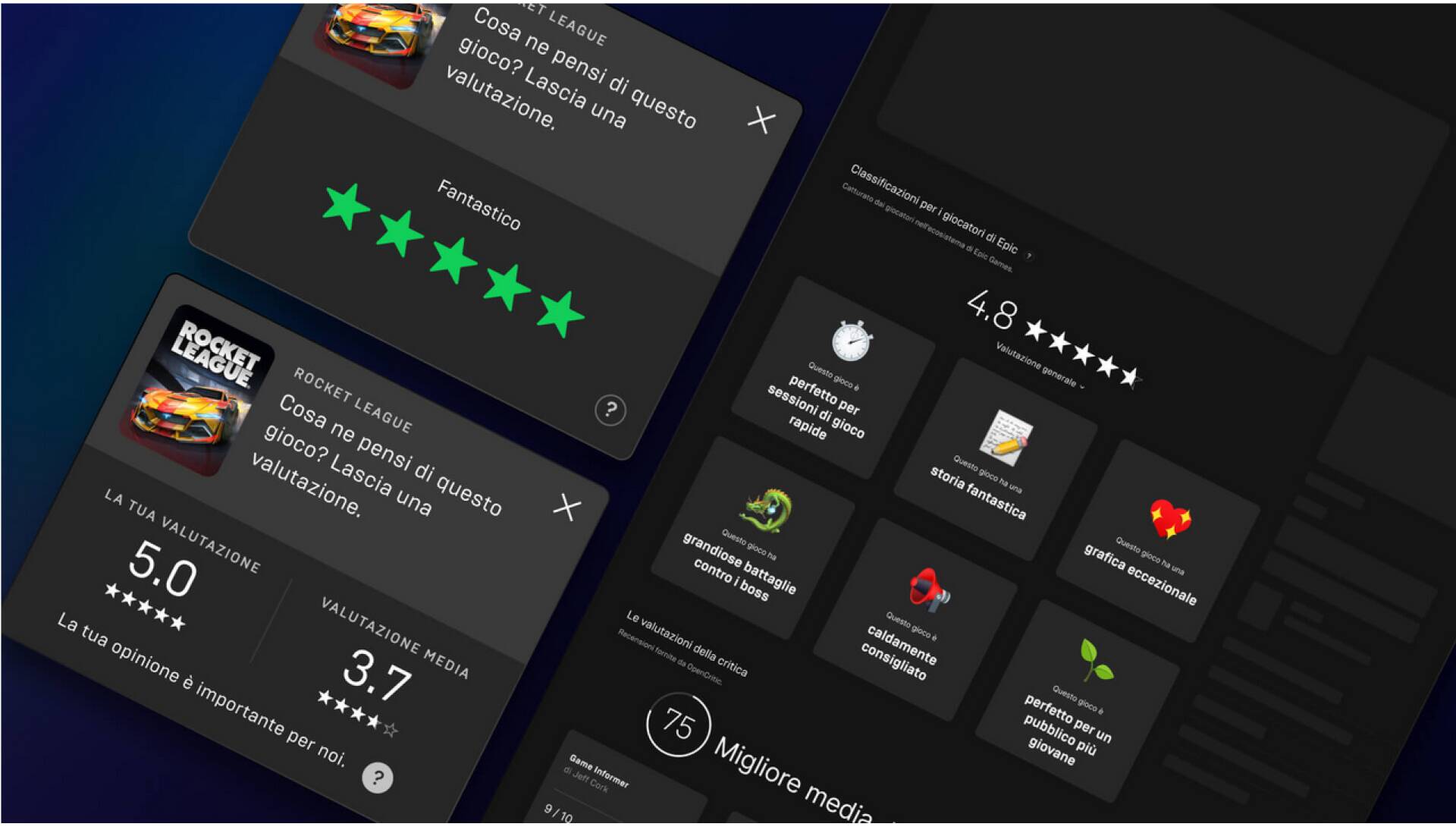 Digital stores like Epic Games Store allow users to give their own ratings to games and, infamously, do the infamous review bombing .

Among the most illustrious cases of recent years is that of The Last of Us Part II (you can find it on Amazon) which, on Metacritic, was massacred by users for idiotic reasons.

More recently the review bombing also hit Diablo Immortal , this time for the right reasons because the object of criticism was microtransactions.

A phenomenon that has affected even the most unthinkable titles at times. Is a title like Elden Ring immune to review bombing ? Obviously not.

Until now, there was no possibility to give your own rating of the games within the Epic Games Store .

Two features have been added to the store: ratings and surveys. These options allow players to leave feedback on the titles they are playing, and responses will populate the product pages.

How do you defeat review bombing, then? Ratings can only be assigned after playing at least two hours , so it will be impossible to rate a game that has not yet been released or on day one.

The surveys, , on the other hand, will only relate to the last session just ended. Some questions may require a simple yes or no , others may ask questions such as “Is this game suitable for group play?” or “How challenging are the bosses in this game?” then multiple choice .

In any case, both ratings and surveys will be offered by the Epic Games Store, users will not be able to do so, and players will be chosen randomly .

Who knows if this method will actually work. It would also have been useful for Gran Turismo 7 , which did not fare very well with its user ratings.

Meanwhile, the Epic Games Store continues to give away free games : the latest is a metroidvania with a touch of Zelda.