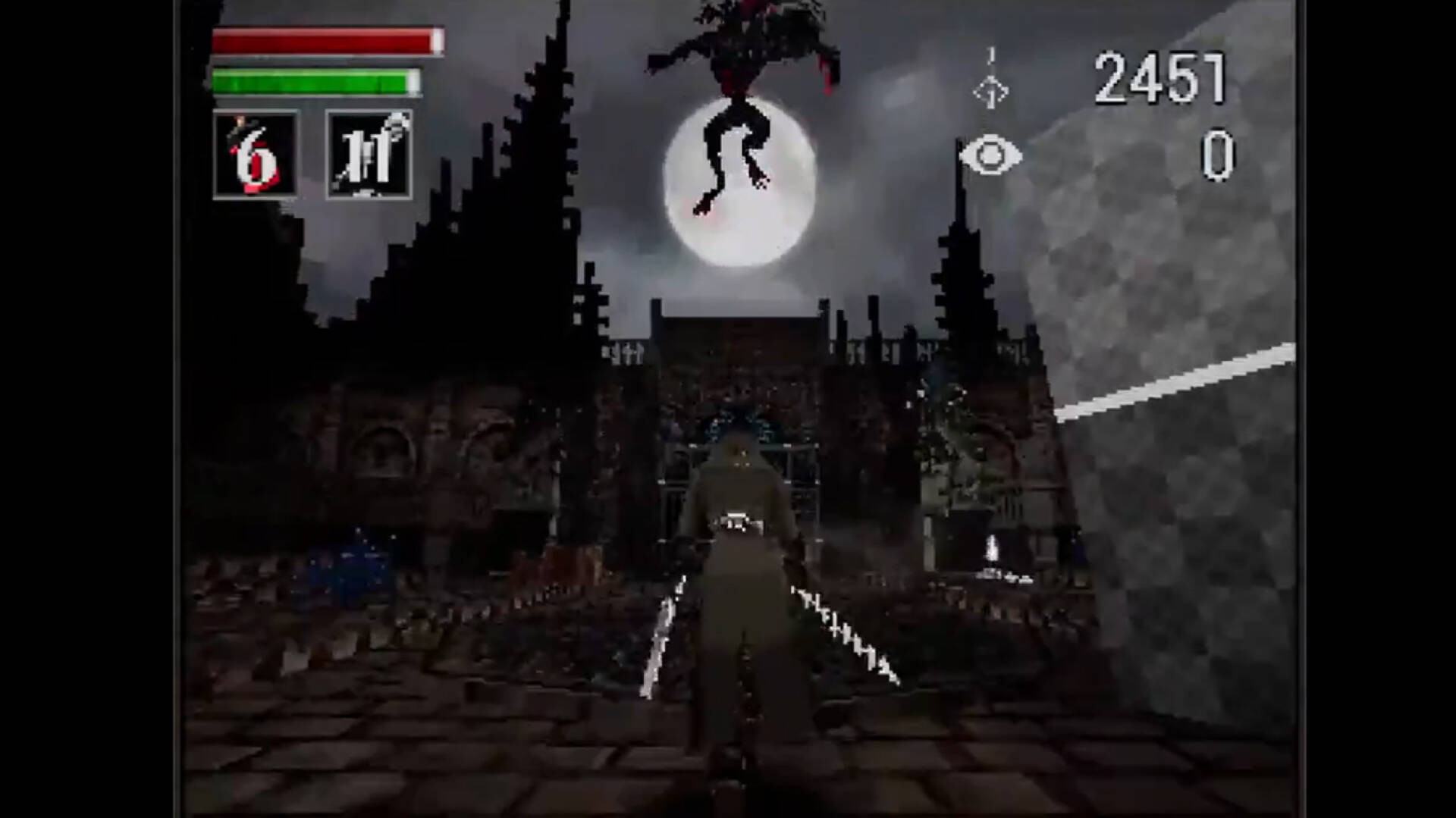 When a game is as loved as Bloodborne , it is normal that after so many years there are still those who celebrate it in some way.

From Software’s gothic soulslike was unique in the production of the Japanese software house, for style and gameplay, and for this reason it made its way.

The first digital rearrangement , if we can call it that, by Bloodborne we’ve seen has turned it into a sort of Zelda in 2D , and it was also free.

But the most fascinating is undoubtedly the demake , that is a “remake” but with an inferior technology, which imagined the soulslike if it were released on the first PlayStation.

After a lot of hard work, which the creator of the demake shared with frequent updates , it seems that the unlikely PS1 version of Bloodborne is ready .

As Gamespot reports, it is the author of the project who shares the status of the works through her Twitter account.

Lilith Walther , aka b0tster on Twitter, revealed that the project she and her team have been working on since 2017 is ready for a release .

A really great job that, as you can see in the short videos below, manages to reconstruct the feeling of the first PlayStation with incredible fidelity .

Bloodborne manages to look even better when it becomes vintage too. Also, again from the video, we discover that the game is all in HD (although it obviously emulates the low polygon quantity), and will have an unlocked framerate .

The team has shared over the months many videos between boss fights and iconic moments of the game From Software, and finally the most nostalgic version of soulslike is ready to be played.

We still don’t know how this demake will be distributed , but we certainly can’t wait to see firsthand the effect that Bloodborne has on the aesthetics of a handful of generations ago.

And the even better news is that, as previously announced, the demake will be completely free.

Bloodborne fans, did you know that there is a beautiful board game? You can buy it on Amazon at a discounted price!