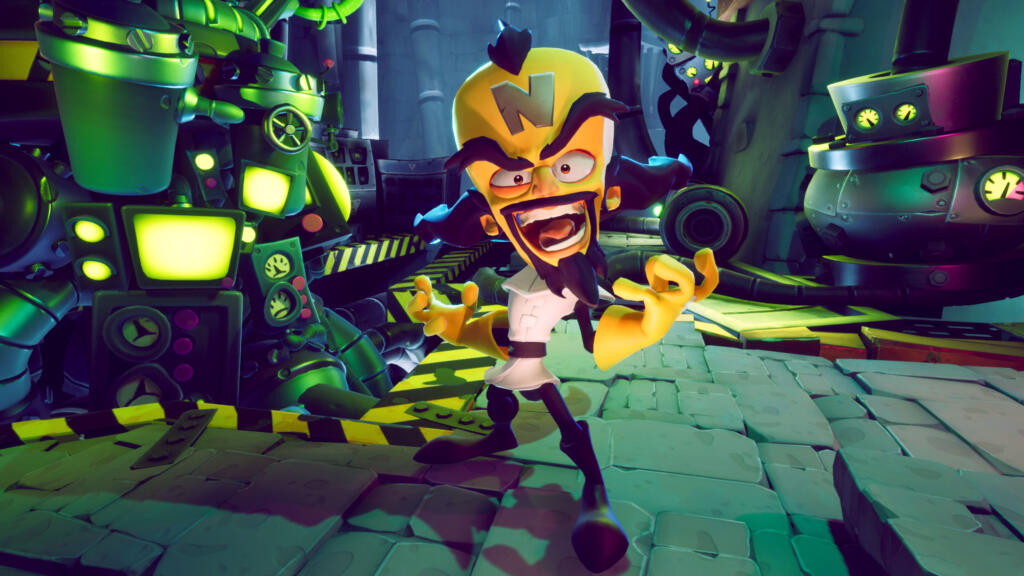 > A few hours ago, Activision and Toys for Bob officially lifted the curtain on Crash Bandicoot 4: It’s About Time , the new official chapter of the platform saga dedicated to the famous orange pear tree born on PSOne. The game resumes the style of the original trilogy, with linear levels to play in 2.5D and a large number of inside to deal with. But not only: in addition to the historical protagonist Crash, the game will allow us to take control of Coco and Cortex , respectively sister and historical nemesis of the very fast marsupial.

The plot of the game will see us busy bringing together powerful Quantum masks, fundamental to restore order in the Multiverse.

Despite the the excitement of seeing Crash’s character back in action, after the success of N. Sane Trilogy and Team Racing: Nitro-Fueled , the historical fans of the character will remember that a fourth chapter dedicated to peramele has already been released years ago.

speaking of Crash Bandicoot: The Wrath of Cortex , developed by Traveller’s Tales in 2001 for PlayStation 2 and in 2002 for Xbox and Nintendo GameCube. It is on balance the second video game in the series not to be developed by Naughty Dog as well as being the first to be cross-platform. In Japan, the game was marketed under the title of Crash Bandicoot 4: Sakuretsu! Majin Power , which makes this the fourth official chapter. Just below, a video dedicated to the game.

How is it possible then that are there two Crash Bandicoot 4 on the market? Simple: the lack of numbering relative to the western version of the game means that the public has never actually perceived it as the “number 4”.

This combined with the fact that It’s About Time seems to play a lot with time paradoxes and Multiverses, something that can easily change the cards on the table as regards the (crazy) main plot of the game.

In short, the “real” Crash Bandicoot 4 is what you will play on October 2nd, the day the title will be released in stores, for PS4 and Xbox One.

If you really don’t can wait for the release of the new chapter of the series, we suggest you also recover the Crash Bandicoot N. Sane Trilogy on PS4 at a very attractive price!