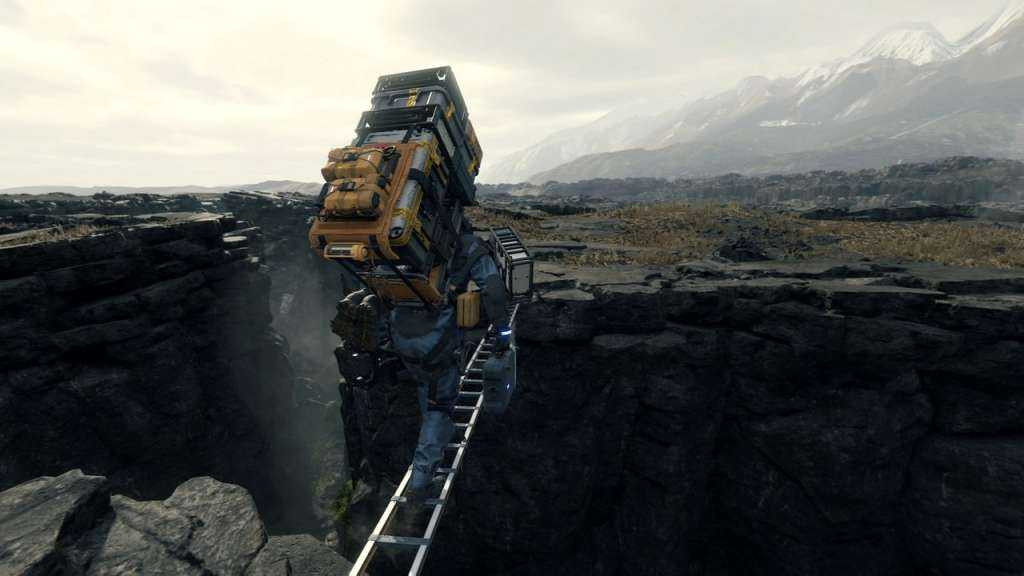 A few weeks ago, Â Hideo Kojima had made it known that, within about a month, we would have had some interesting news to talk about, about his Death Stranding . From then on, the social post of the leader of Kojima Productions confirmed the work in progress on a new trailer â € ”which was confirmed by further posts.

In a first, which we had already told you, the game designer had talked about a discarded poster, letting it be known that at the moment the team is Â «trying this and that.â €. Apparently , the question of trying this or that goes on, as shown by another tweet that talks about another discarded poster under construction.

After this tweet, Kojima sent another one, in which we can see the frame of the trailer showing the words “A Hideo Kojima Game”. It seems that the video is still in the editing program, considering that, despite the wanted out of focus by the game designer, we seem to see some markers in the timeline.

Note, for those who love curiosity, also the statuettes of Kratos and Atreus from God of War in the foreground.

We just have to sit back and wait for more news. Meanwhile, don’t miss the Death Stranding card for all videos, news and insights already made known about the game.