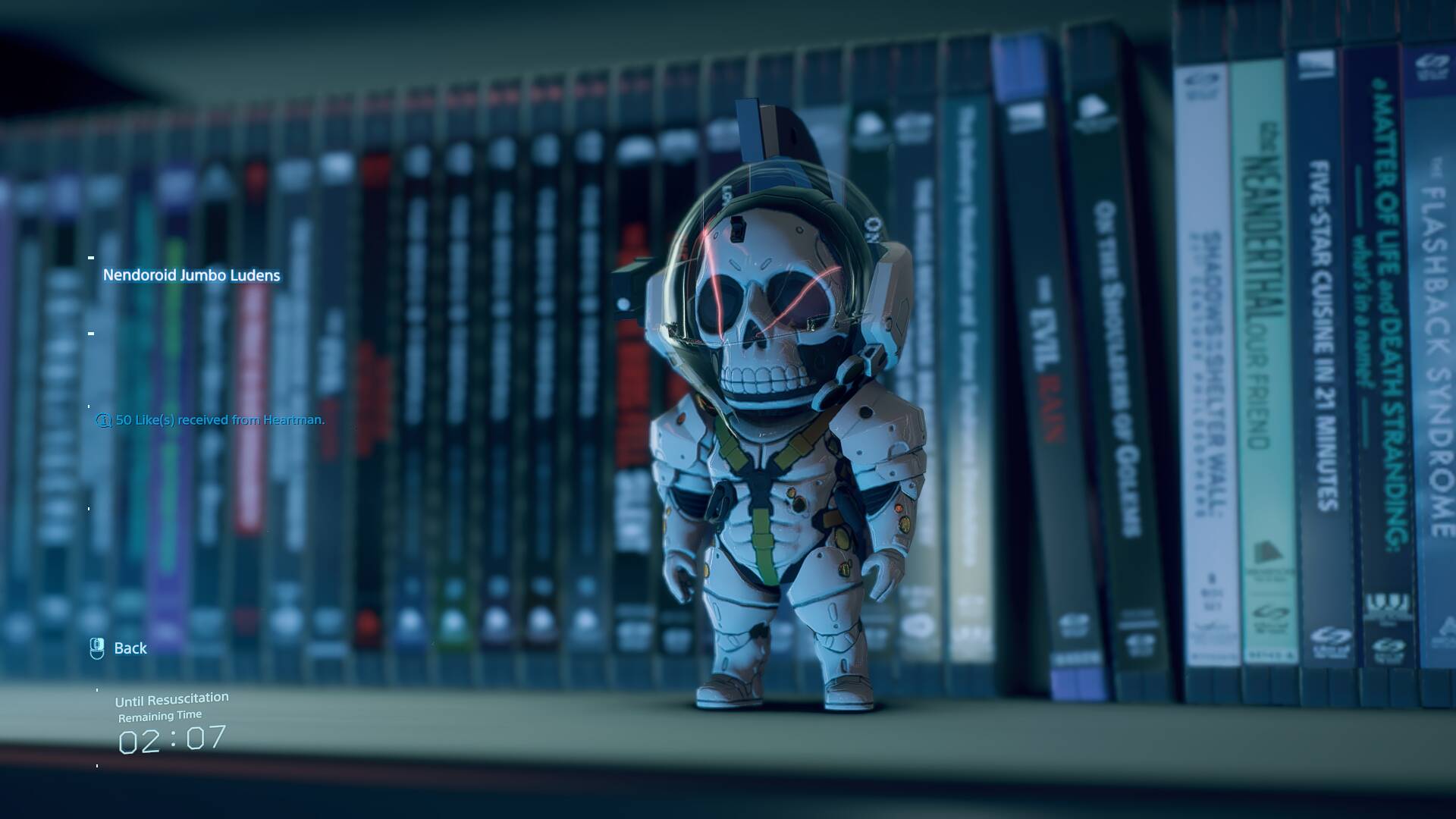 Despite being out for several years, Death Stranding – the latest title from Hideo Kojima – continues to surprise players with a not indifferent number of Easter Eggs and curiosities.

The open world title available on PS4 and PC has in fact a considerable amount of details on its side, inserted by the famous game designer and director of the Metal Gear saga.

Kojima, whose next title could even land exclusively on Xbox, has in fact paid great attention to the creation of his title not belonging to the Solid Snake series.

This is not surprising, given that some time ago there was also talk of a game planned on Stadia that would have been canceled before seeing the light.

Warning, from now on you will find spoilers of the game, continue at your own risk.

During the main adventure of Death Stranding , while meeting Heartman (Nicolas Winding Refn) inside his cottage, many players have noticed a collection of films, documentaries and TV series on the shelves in the main room of the house.

Some of the covers are unreadable due to depth of field, but it appears that someone on Reddit has now managed to distinguish the exact titles of the titles in Heartman’s collection. Here they are:

Obviously, the list includes a large number of films and series much loved by Kojima-san himself.

Curious how the number 21 tends to repeat itself several times, as if to underline the fact that Heartman’s heart “freezes” after just twenty-one minutes.

The game character “dies” in fact 60 times a day , spending three minutes in the world of the dead, in order to investigate the causes of the Death Stranding.

There is currently no trace of Kojima’s new title, so much so that gamers have inexplicably linked it to a story linked to a new horror game for PS5.

And what about Metal Gear ? Konami would be thinking of more remakes of the saga for the near future, although the official news is still missing.

The only certain thing is that the historic Japanese developer and publisher recently said no to E3 2021 in June.

If you haven’t played it yet, you can retrieve the final version of Metal Gear Solid V with Ground Zeroes and The Phantom Pain for a very low price.