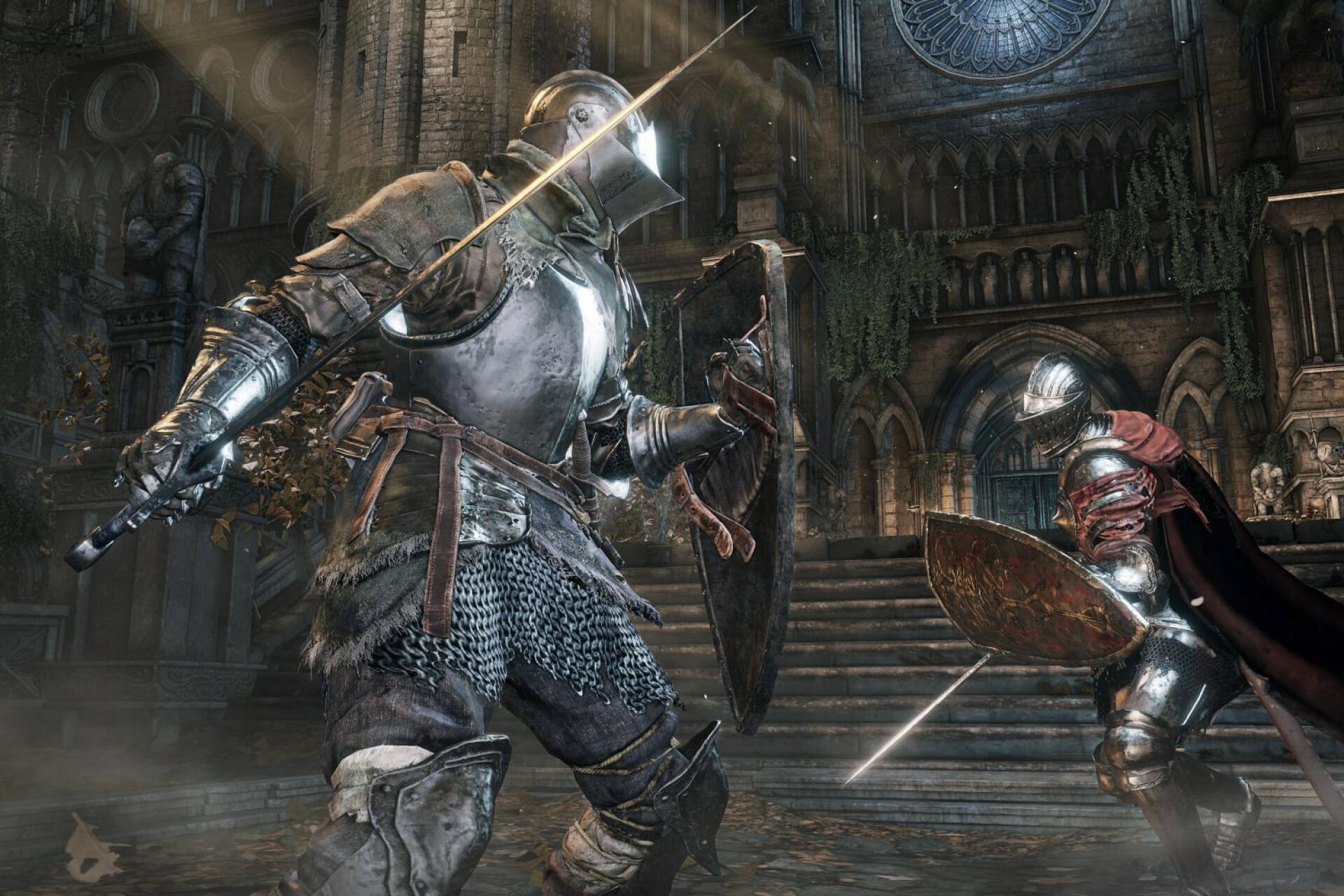 Dark Souls III had the task of finishing off the trilogy created by Hidetaka Miyazaki , giving further hard time for fans of the first hour.

The third installment of the From Software saga launched in 2016 and allowed players to expand the dark lore that has always characterized the franchise by taking on new and difficult challenges.

The surprises reserved for fans are many and continue to be discovered quite frequently: the last of these concerns a severe punishment intended for those who “cut the rope” (in a specific point).

Even the first chapter still has some tasty tricks up its sleeve, including a way to escape from Seath’s prison.

Playing the third episode of the saga, a fan chose to take on a Knight of Harald’s Legion in a bold and risky way, achieving a victory worthy of praise.

The brave user first performed a perfectly timed jump (with an accompanying dodge ) and then a flawless parry that allowed him to quickly place the enemy on his knees.

Once he had the upper hand, the gamer hit the black mass at the opponent’s head (one of his weak points ), ending him with a flawless counterattack , as you can see in the video below:

Fun fact: You can parry the one handed attacks of Harald Legion Knights for a riposte if you feel brave enough. from darksouls3

Reddit users have congratulated the creator of the feat and some of them once again expressed the difficulty of mastering the parade in Dark Souls III .

Specifically, one fan commented that he “ bought the game for a while ” and was “ never made a save », as evidence of how the title of From Software continues to fascinate large groups of gamers ready to” suffer “properly.

The final episode of the saga still holds many hidden secrets, and one of them concerns a boss who can be beaten with his own weapon.

Going back to talking about the first Dark Souls , ten years after its release, a new shortcut has been discovered thanks to which you can (almost) reach the end of the game.

The progenitor of the franchise lends itself to enterprises of all kinds, the latest of which has led a “creative” departmental enthusiast to defeat the most difficult bosses by rolling.

To keep you busy waiting for Elden Ring , the next title from From Software, you can evaluate the purchase of Dark Souls Trilog y at the price proposed by Amazon.