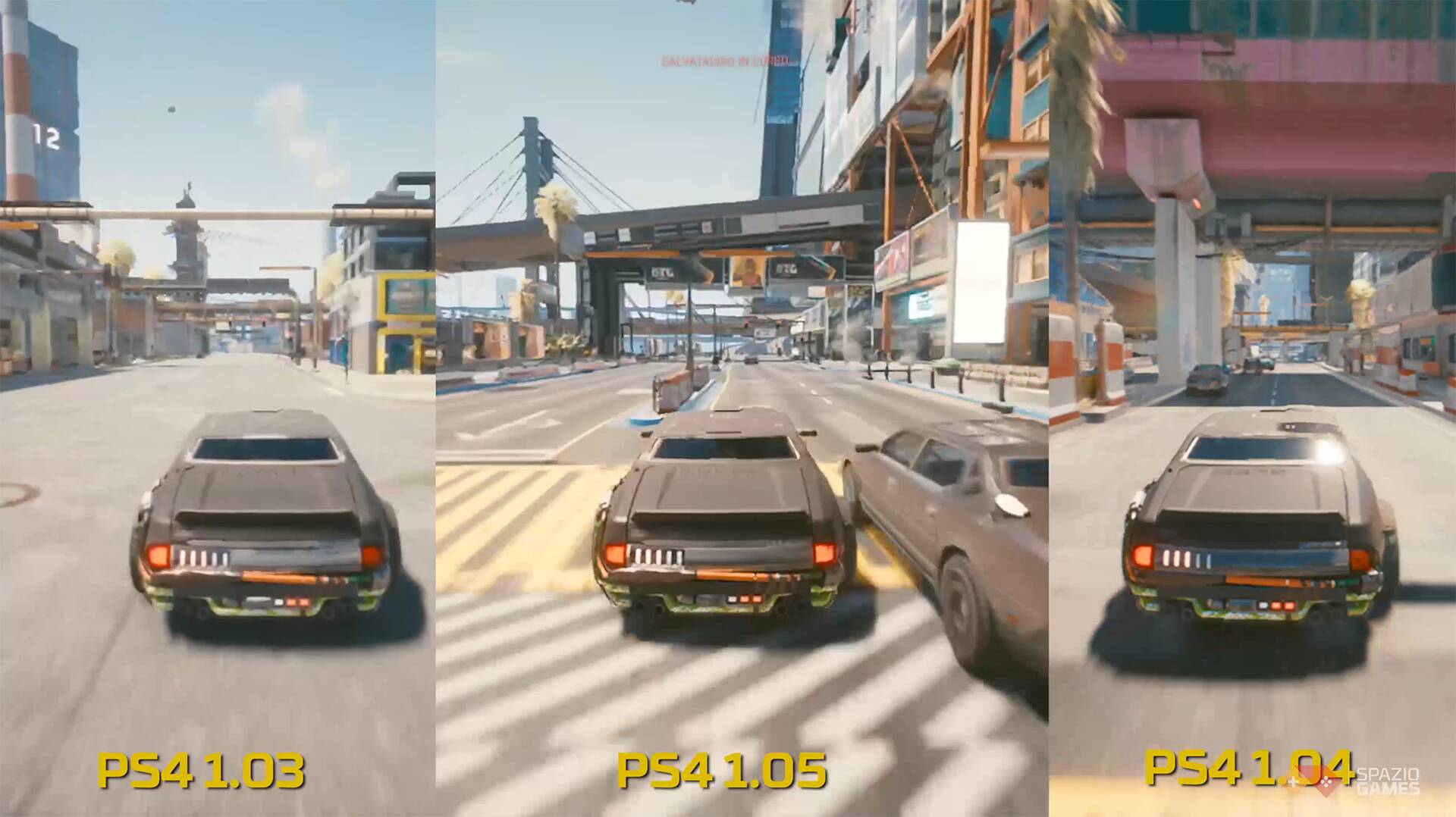 Over the weekend CD Projekt RED made available on PC and console the patch 1.05 for its Cyberpunk 2077 , which introduces several hotfixes in the game, mainly dealing with solving problems related to bugs and glitches that it was possible to run into quite frequently.

After our analysis of gaming performance with 1.04, we took a new spin on Night City on both PlayStation 4 (the standard fat) and PlayStation 5 in backward compatibility (where Cyberpunk 2077 runs improved, as it runs enhanced on PS4 Pro) to see how much the game has actually changed with the latest news.

The feeling is that for both 1.04 and 1.05 the changes are not so visible in themselves, but as the sum of the parts : going back up to version 1.03, as we do in the video, we notice an evident improvement in the definition and in the sense of fading that gave the image of the game – today still anything but beautiful to look at, but less pasty and messy than in version 1.03.

We leave you directly to the video so that you can get your idea, with an indication of the different sections of the gameplay below:

If you have a PlayStation 5 (or a PS4 Pro) at home, in short, you can sleep fairly peacefully: the game has a good performance and beyond some bugs still present, it doesn’t has excessive frame rate imbalances.

Different, for now, the speech on the PS4 base, where the uncertainties of the frame rate remain (far from fixed at 30 fps) and where the pop-in is still extremely pronounced, even if the sudden collapses in fluidity ( it even went up to 15 fps) which we had noticed in the pre-patch versions seem fixed and made less steep.

If you want to see the game in action more extensively with patch 1.05 on both PS5 and PS4, recommend you mo to recover the replica of this live stream with myself: for the first forty minutes or so we test the game on the next-gen console in backward compatibility, in the remaining time we play on PS4 with some … curious bugs – let’s put it this way.

Please note that Cyberpunk 2077 will now receive at least two other major updates, one scheduled for January and one for February . With these two, in all likelihood, CD Projekt RED will attempt to have its game readmitted to PlayStation Store, from where it was removed by Sony’s final choice – until counter-ordered.

If you want to take home Cyberpunk 2077 in physical edition, waiting for the patches and in the absence of the digital edition on PlayStation Store, take advantage of the Amazon price.