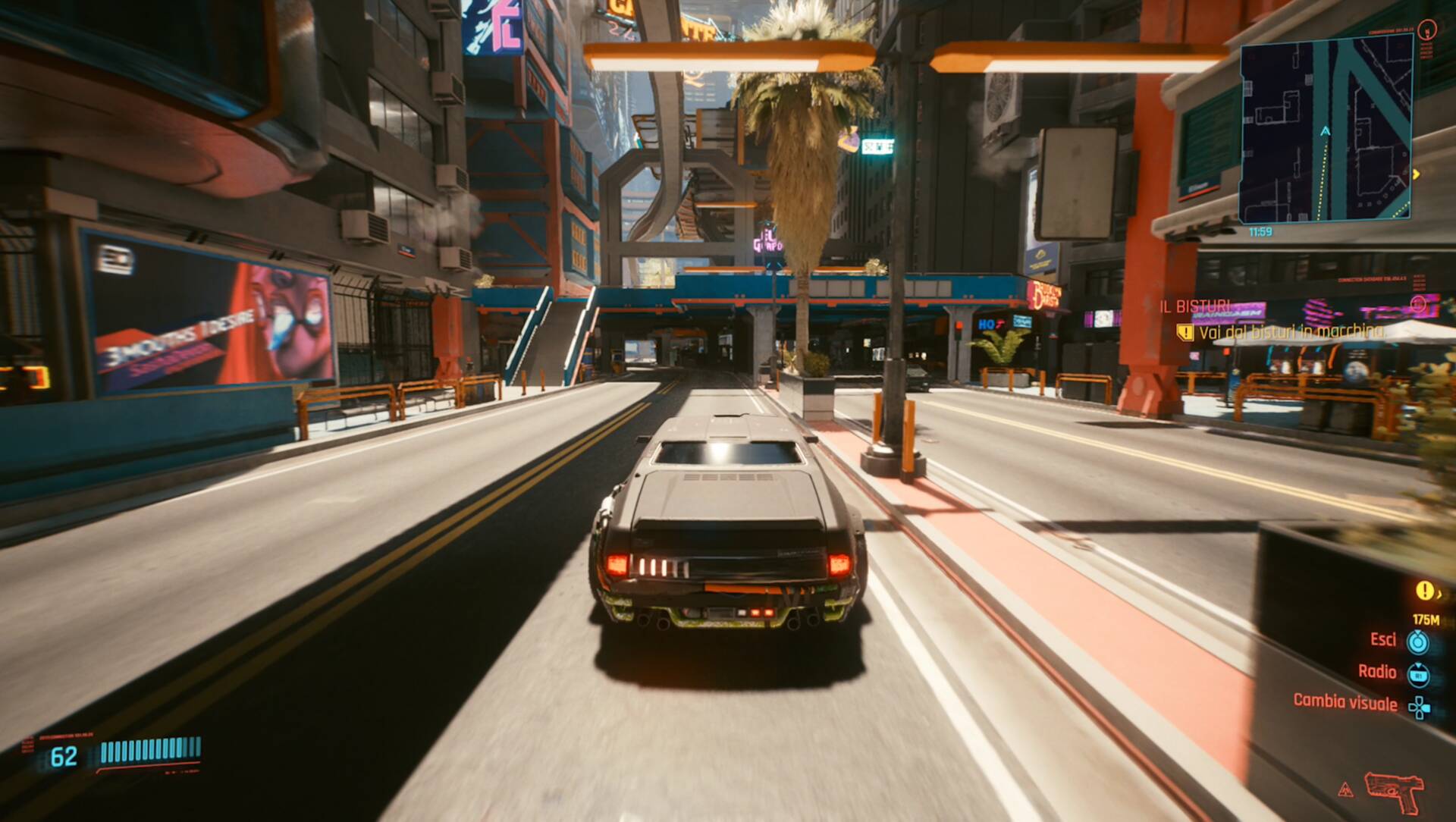 As we told you, a few hours ago CD Projekt RED finally released the first major patch for its Cyberpunk 2077 , which follows on from the hotfixes we saw coming close after the launch last December.

The update has a weight of around 16 GB on consoles and, after installing it on PS4 and PS5 , we decided to show you directly on video if and how the game changes its performance and its glance, thanks to the work done in recent weeks by the Polish team. To help you get an idea of ​​the progress made (or not made), we have also added the gameplay of build 1.1 to that of 1.03 (the first hotfix after day-one) and that of version 1.05, the penultimate which was made available in December.

In addition, you can also see moments where gameplay 1.1 on PS4 (fat standard) and PS5 are shown shoulder to shoulder, so you can get a good idea of ​​how different they differ. .

The frame rate is apparently more stable than in the past on PlayStation 4 and we felt there were more NPCs and vehicles populating Night City. Nonetheless, the game retains the unsightly texture wash and pop-in is constant. The effect also becomes detrimental during night driving, when the pace of the vehicle is faster than the loading speed of the street lights, with the result that you will find yourself in completely dark streets, unless you slow down to give the game the time to load.

On the other hand, the results in the interiors are appreciable, where the terrible yellowish patina that had characterized the game on PS4 since day-one has been almost completely lost.

As usual, things are much better on PS5, where the 60fps frame rate and resolution result in a flatter image of the PC counterpart , but which has little to do – also and above all in the definition of textures – with its sister on PS4. Also in this case, the pop-in effect, perpetually present, must be reviewed. It is worth mentioning that this version is backwards compatible on PS5 , which is the PS4 version. The edition natively for PS5 will arrive later in 2021.

We are now awaiting patch 1.2, which will arrive in the course of next February and will address further issues within Cyberpunk 2077 .

If you want to buy your copy of Cyberpunk 2077 to get the free upgrade when it comes natively on next-gen, take advantage of the Amazon price.