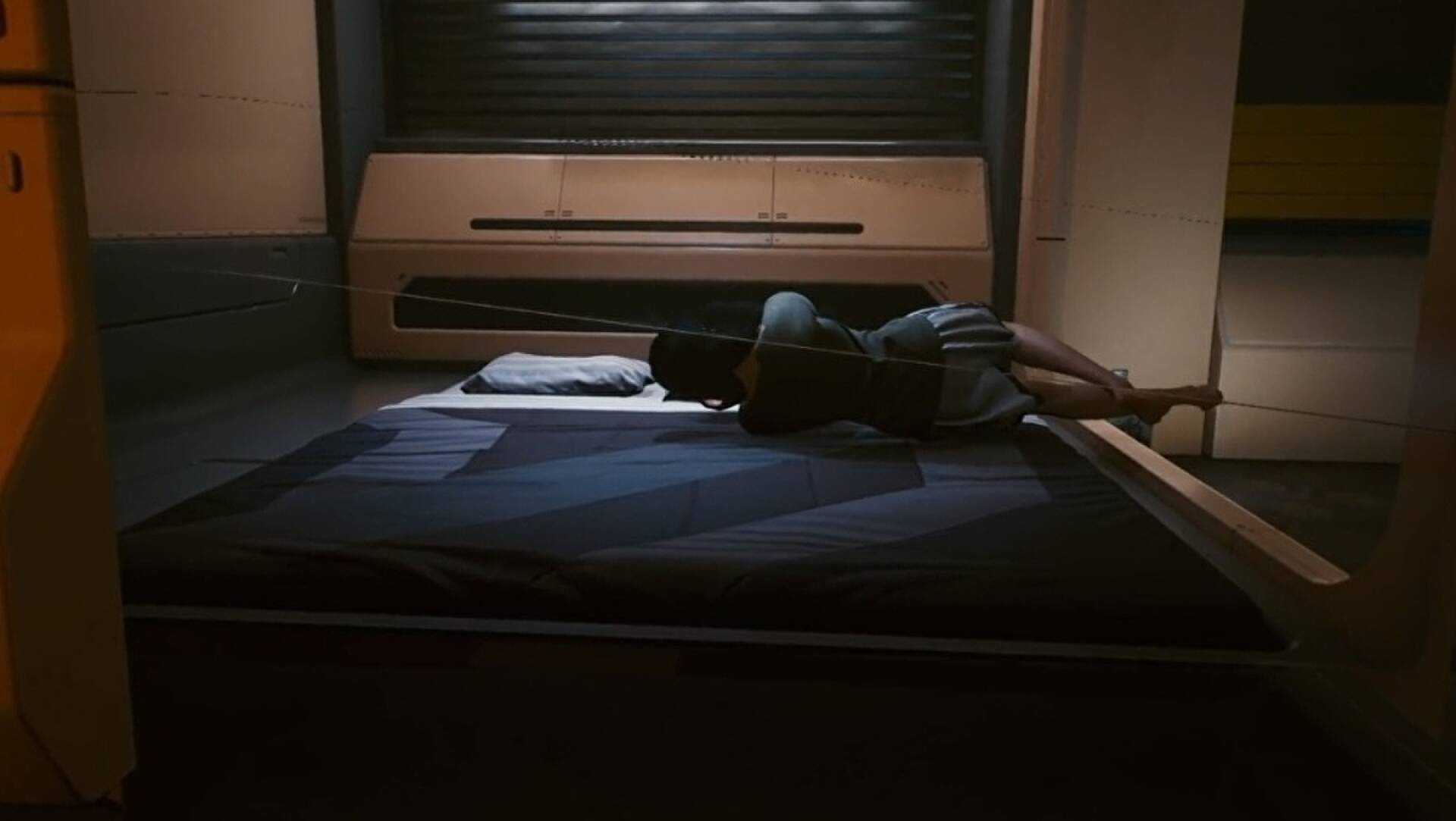 We’ve all wondered a bit about a curiosity, playing Cyberpunk 2077 : in what position does V sleep? The question, which may sound eccentric to those who haven’t gotten their hands on the title of CD Projekt RED , has actually become a catchphrase after its release, because inside his apartment the protagonist (or the protagonist, depending on how you created it) gets into bed in a weird position, lying parallel to the pillow.

Where do V’s legs go as he stretches like this, instead of perpendicular? The answer you didn’t know you wanted (right?) Comes from the mod that allows you to play in third person, and which shows us how the Night City mercenary positions himself to sleep at his house – and only at his house. P>

As pointed out by the British colleagues of Eurogamer , in fact, V simply extends with legs out of bed – one position one convenient if … you have to get ready to escape, maybe. We’re not so sure about sleeping.

Jokes aside, as evidenced by Eurogamer.net , it is curious to note that this strange position was given to V by the developers only and strictly when sleeping in bed of his apartment. On the other beds, like those where he finds himself at the end of a sexual relationship, the protagonist instead holds a normal position: you can see it in the gif below shared by colleagues.

Cyberpunk 2077 is available on PC, PS4, Xbox One and Google Stadia. Two major patches are expected in January and February that aim to solve some of the major problems of the console edition: to get an idea of ​​how the game behaves on PlayStation and Xbox we recommend this article and this article. If, on the other hand, you want to know how things are going on Stadia, you can find the details here.

During the year, the edition specifically for PS5 and Xbox Series X | S will also be released, which will be accessible for free by owners of the game on the previous generation.

If you want to buy Cyberpunk 2077 take advantage of the price of the game on Amazon.