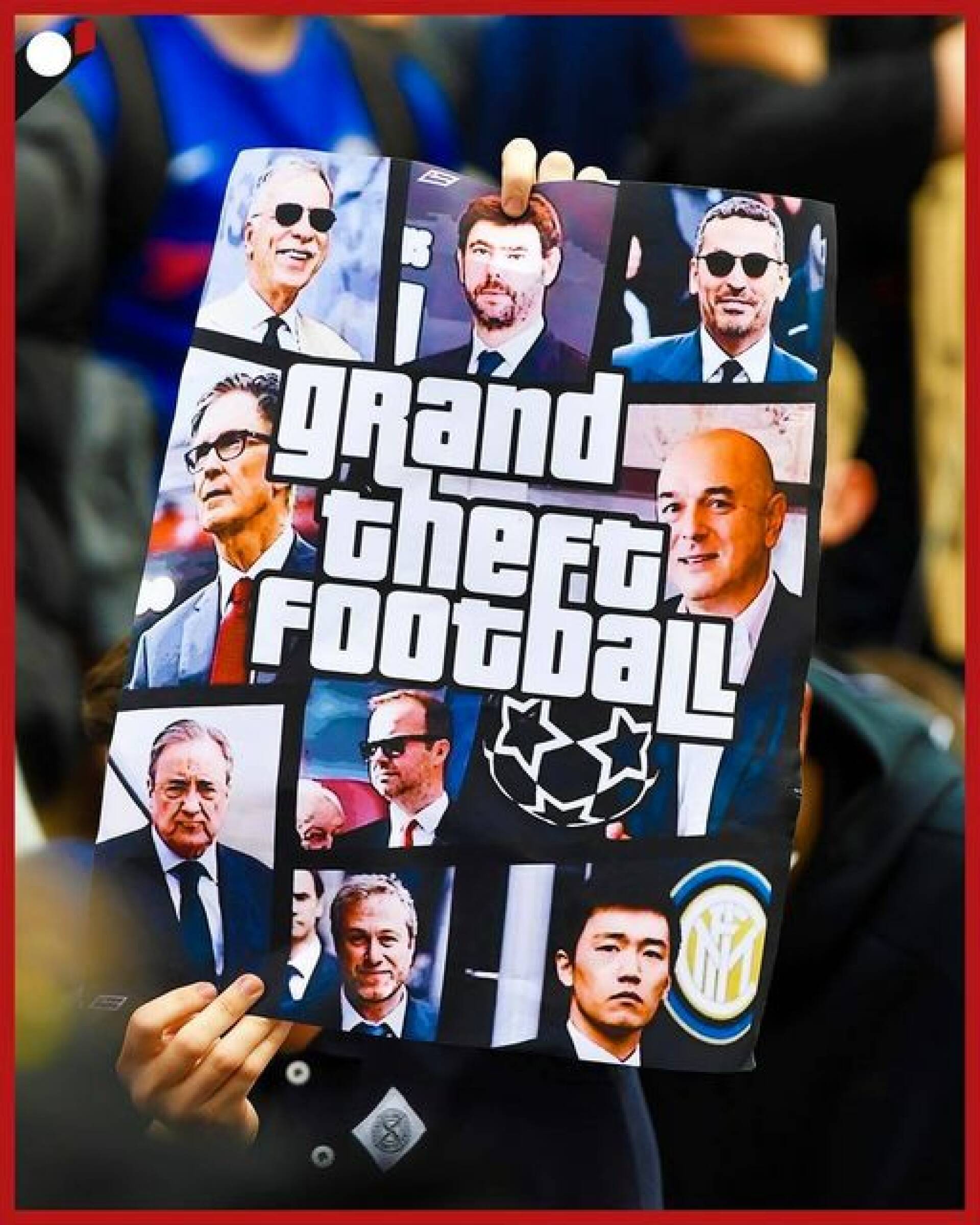 Needless to say, the announcement sparked mixed reactions among football fans (as well as PES and FIFA fans), including of course a large number of fans, who do not seem to have taken the news in the best way.

Now, many Chelsea fans have gathered to protest outside Stamford Bridge against their club’s involvement in the Super League, just before the match against Albion.

As reported via Facebook from the Calciatori Brutti page, it seems that the fans have used the iconic cover of Grand Theft Auto to make fun of the current situation, proudly displaying a photomontage with the faces of some of the leaders of the 12 European clubs that have joined the Super League.

It goes without saying that the reference to the Superalloy intended as an action ” criminal “not too veiled is linked to the main theme of the Rockstar Games saga (or at least, it is quite easy to find a juxtaposition, albeit symbolic).

It must be said that even FIFA seems to be decidedly opposed to the idea of ​​a Super League (which sees, among the various participating teams, also Juventus, Milan and Inter).

«We can only disapprove of the creation of a tournament outside the current international football structures» , reads the official statement of the International Football Federation, which declares that the Super League « does not respect the principles we believe in ».

Let’s just hope that in the next few days other fans will not choose to use classic logos and icons from the world of video games to protest against the implementation of the Super League.

The important thing right now is to see how and in what way the big football franchises will decide to “update” their top titles after the announcement of this new football organization.

If you want to buy Konami’s football production, you can take advantage of the eFootball PES 2021 price on Amazon.