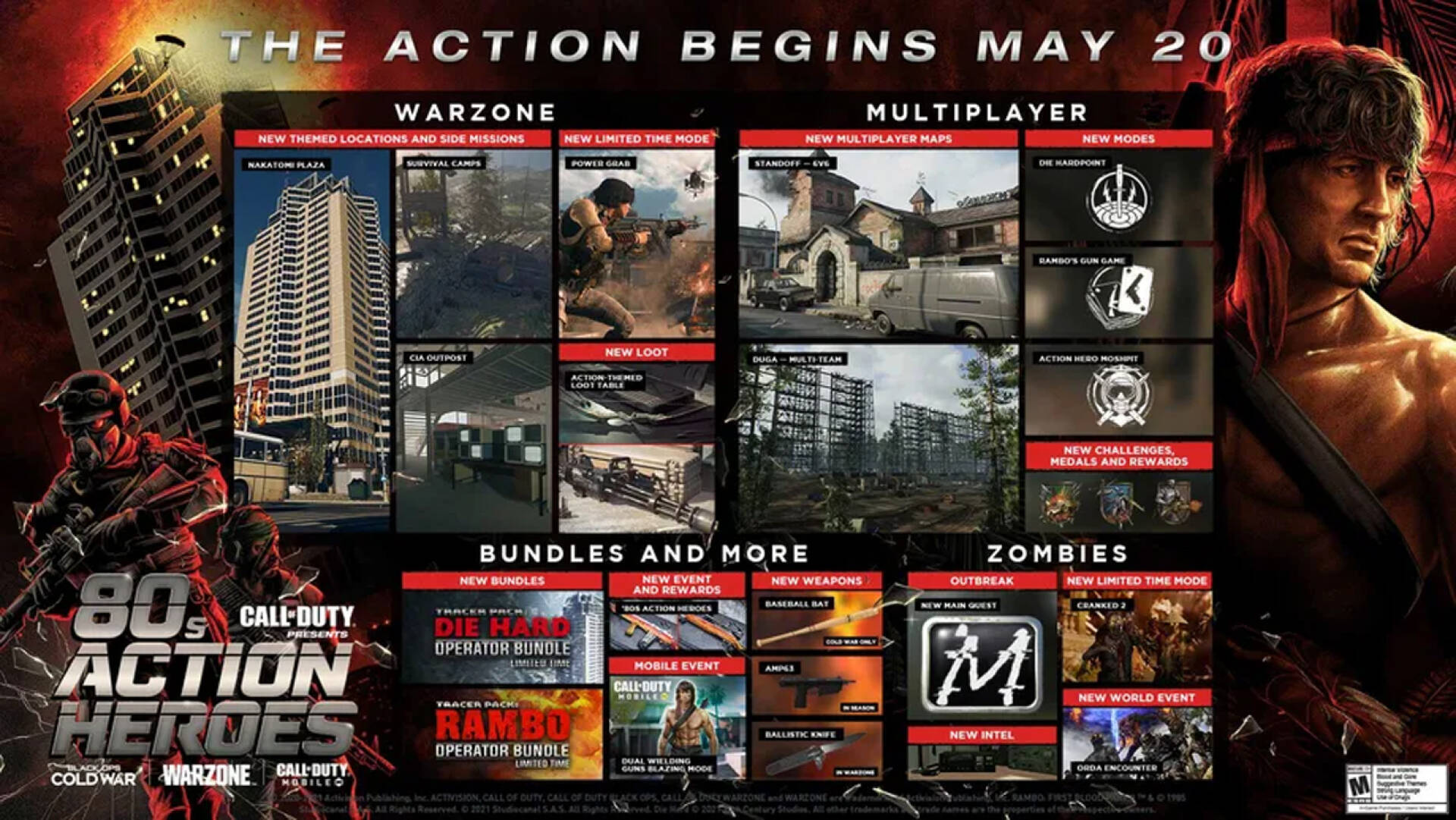 The ’80s Action Hero update for Call of Duty Warzone is upon us and Treyarch has finally officially confirmed what it will include.

The mid-season patch of battle royale mode scheduled for May 20 (also available for Black Ops Cold War ) will add two of the most popular action icons of the eighties cinema, along with some iconic places taken from their films

We are obviously talking about John Rambo and John McClane , protagonists of the Rambo and Die Hard sagas (and played on the big screen by Sylvester Stallone and Bruce Willis).

As also reported by Polygon , the Warzone map – Verdansk ’84 – will therefore undergo some further small changes, after the distortion occurred in conjunction with the start of the third season.

More specifically, the Downtown area of ​​Verdansk ’84 features the Nakatomi Plaza , the main setting of the first Die Hard , easily recognizable to fans of the film (as well as being the tallest building in Call of Duty Warzone ).

There will also be some Rambo-themed points of interest: we are talking about 10 survival camps scattered on the map, based on the film Rambo: First Blood Part II .

Inside, players will be able to find loot and medals to collect , which could lead to a reward if a large enough number is collected.

In addition, there will also be a CIA outpost in one of the hangars in Verdansk, an ideal place to track down the fugitive John Rambo.

The update will also include all the features previously announced for Season 3, including new weapons and maps never seen before.

Verdansk ’84 debut in Warzone certainly showed Raven Software’s willingness not to abandon its multiplayer shooter, which appears to be in excellent health .

We are already talking about the next Season 4 which, from what little we know, could include some very tasty surprises.

Finally, it appears that Activision is gearing up for the release of Call of Duty Modern Warfare 3 Remastered on multiple platforms.