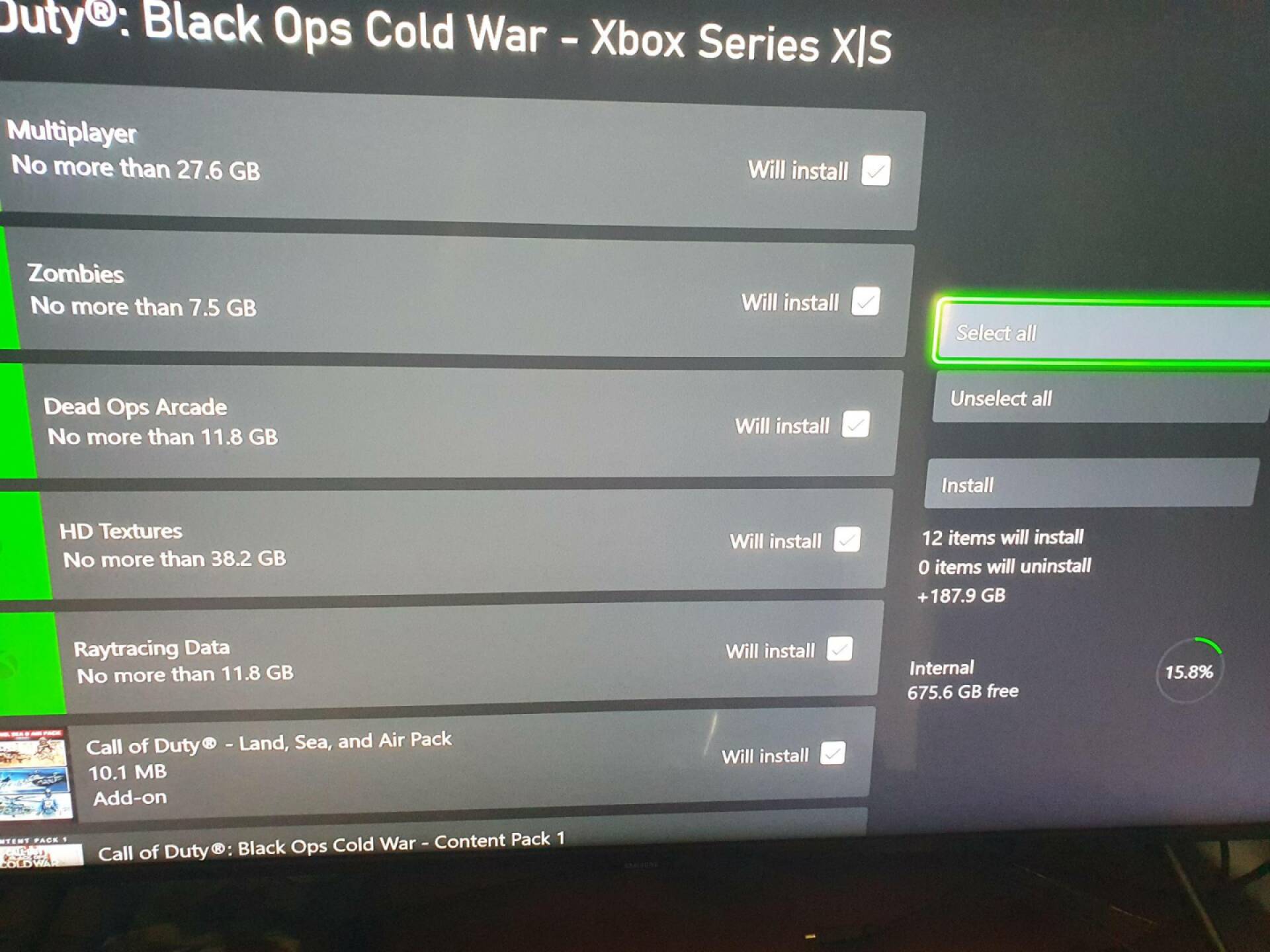 Call of Duty: Black Ops Cold War , the new chapter of Activision and Treyarch’s war series, born to be a soft reboot of the Black Ops franchise, is now on the home straight.

Activision and Treyarch have recently released the minimum and recommended hardware specifications for the game, as well as the size of the game installation files for PC and console versions (including next generation ones).

Now, however, thanks to a leak image appeared on ResetEra it seems that the edition for the next-gen Microsoft console is much more cumbersome than expected.

In fact, it can be seen from the screen that the space occupied will be 190GB in the event that the user decides to download the full package (ie with Zombies mode in tow, plus the campaign and much more).

Obviously, the overall weight will be reduced by several GB in case you decide to “exclude” specific options, although the total seems to be well beyond the “human” limit allowed.

The official synopsis of the game reads: “ the year is 1981, the height of the Cold War. The threat of nuclear war looms, with decades of conspiracies poised to explode. Welcome to the world of Call of Duty: Black Ops Cold War. Picking up where we left off after the first Black Ops, our heroes embark on undercover operations alongside new allies and old friends on a perilous chase in the latest installment of this blockbuster series. “

Call of Duty Black Ops – Cold War is scheduled for November 13th on PC, PS4 and Xbox One, as well as on next-generation PS5 and Xbox Series X consoles.