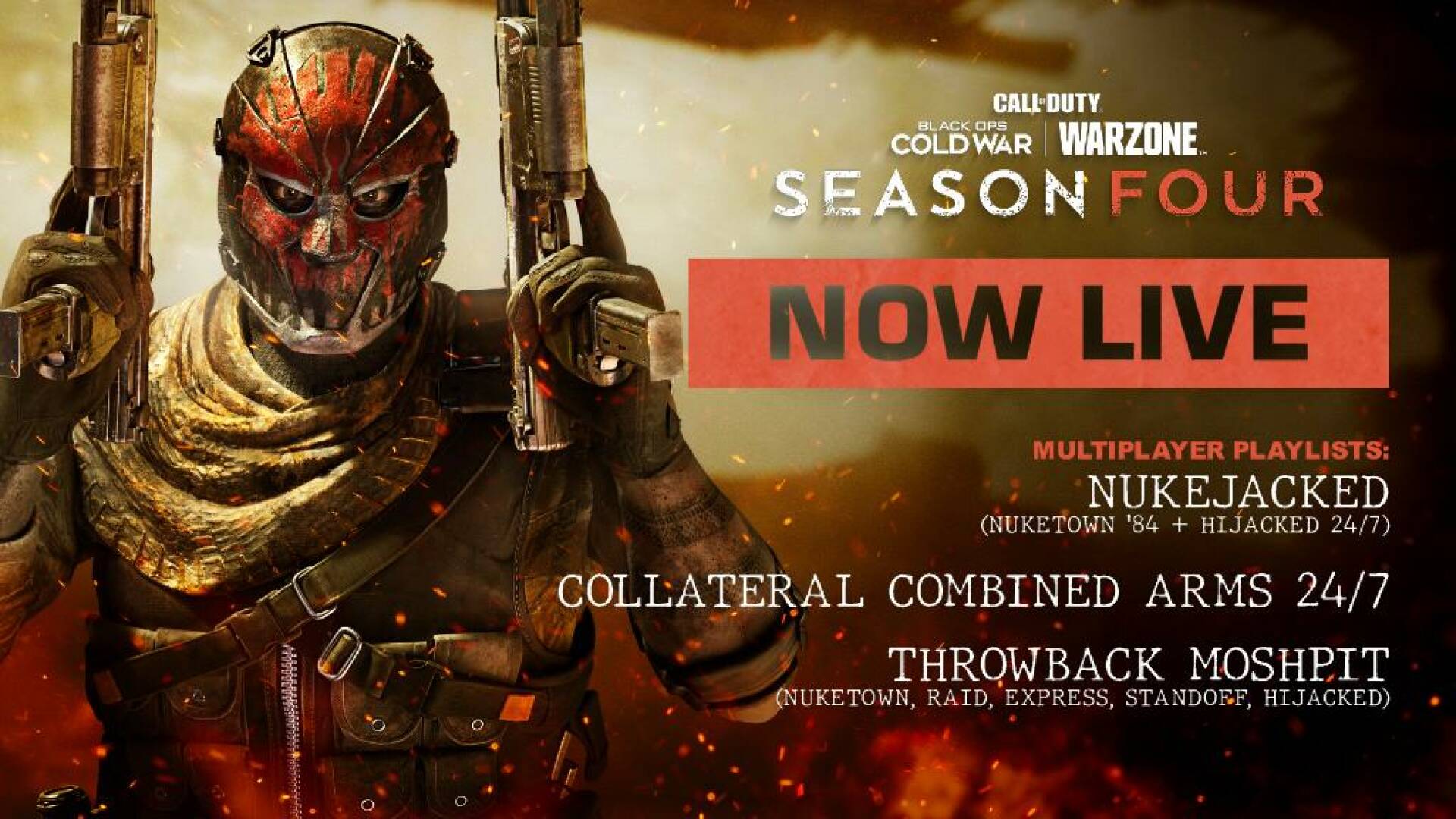 Call of Duty Warzone continues to be hugely supported by Activision, allowing players to get their hands on new content.

The battle royale “twin” of Call of Duty Black Ops Cold War does not seem to slow down its many updates, now released on a regular basis.

If only a few days ago Warzone received the long-awaited next-gen upgrade with textures made specifically for PS5 and Xbox Series X | S, now it’s time for more news.

After the last update dated June 30th, it is now the turn of a new update which primarily involves Cold War , really full of additions and pretty good modes.

The update brings various changes to the game and also some modes, many of which never seen above (via GameSpot ).

More in detail, we find the NukeJacked 24/7 playlist, as well as 6v6 modes on very small maps like Nuketown ’84 And Hijacked .

But not only that: Collateral Combined Arms 24/7 has also been confirmed, a second playlist containing the Collateral map for 12v12 clashes, able to make us use any type of means of transport (both land and air).

In addition, Throwback Moshpit allows us to challenge ourselves within “revised and corrected” versions of maps such as Nuketown ’84, Hijacked, Raid, Express and Standoff.

Last but not least, Face Off 6v6 and Moshpit 12v12, as well as the welcome return of Gunfight Blueprints for 2v2 challenges.

The usual bug fix closes the picture, as well as weapon fixes (including the Nail Gun ) also as regards the mode Zombies .

Of course, with the month of July just starting and with Season 4 starting a few weeks ago, we are sure that Call of Duty Warzone and Black Ops Cold War will still receive lots of content in the coming weeks.

Have you already read that, with the release of the alleged Call of Duty Vanguard (due out at the end of 2021), the battle royale could make a really surprising leap in quality?

After all, if the recent reports prove correct, Call of Duty Warzone will play a major role in the presentation of the next COD .

If you want to get back to the war sooner, you can always get Call of Duty: Modern Warfare at a very low price on Amazon!