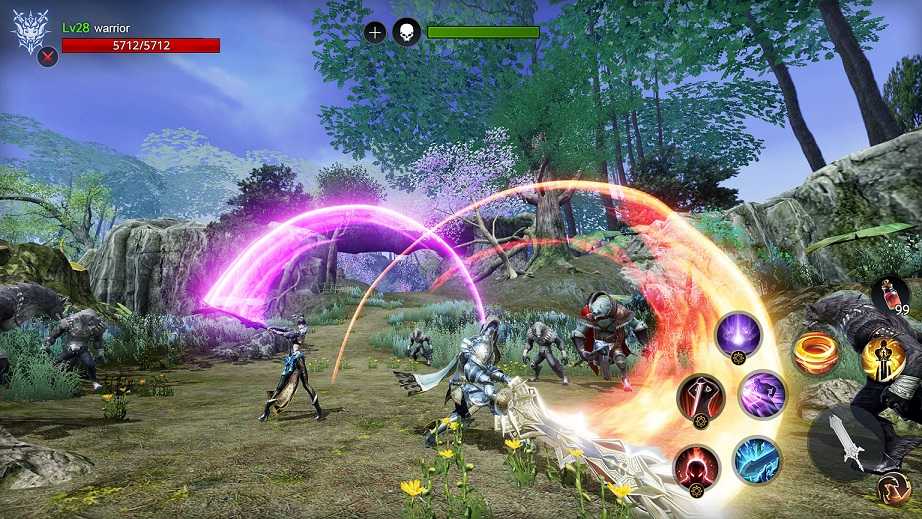 Nexon has launched a major update for Ax Alliance vs Empire , the recently released MMORPG that has reached over 8 million downloads in around the world (including South Korea and Japan). Thanks to the introduction of powerful wings, this update allows an additional level of character customization. You can download AxE for free from the App Store for iPhone and iPad or from Google Play for Android devices.

In addition to introducing a new way to customize the aesthetics of the character, the wings are able to confer considerable benefits and add new strategies that can change the course of the battle. Different types are available and in addition to further increasing the strengths of a character, they provide players with new important abilities, both offensive and defensive.

In addition to this important novelty, the update allows access to the Ancient Ruins, an additional map that players can explore within the vast game world.

Set in a large fantasy universe, AxE allows players to choose between two factions in war: the empire of the Darkhaan and the alliance of the Galanos, who fight each other to control the fate of the world. Across the globe, there are already 8 million players who have decided to immerse themselves in the vast plot of AxE, explore the ever-changing world, loot dungeons and fight in PvP. AxE offers players six unique classes to level and customize during their adventure through lively open-world settings full of unique characters, enemies, missions and rare mythical loot.

Continue to follow us for all the latest news.