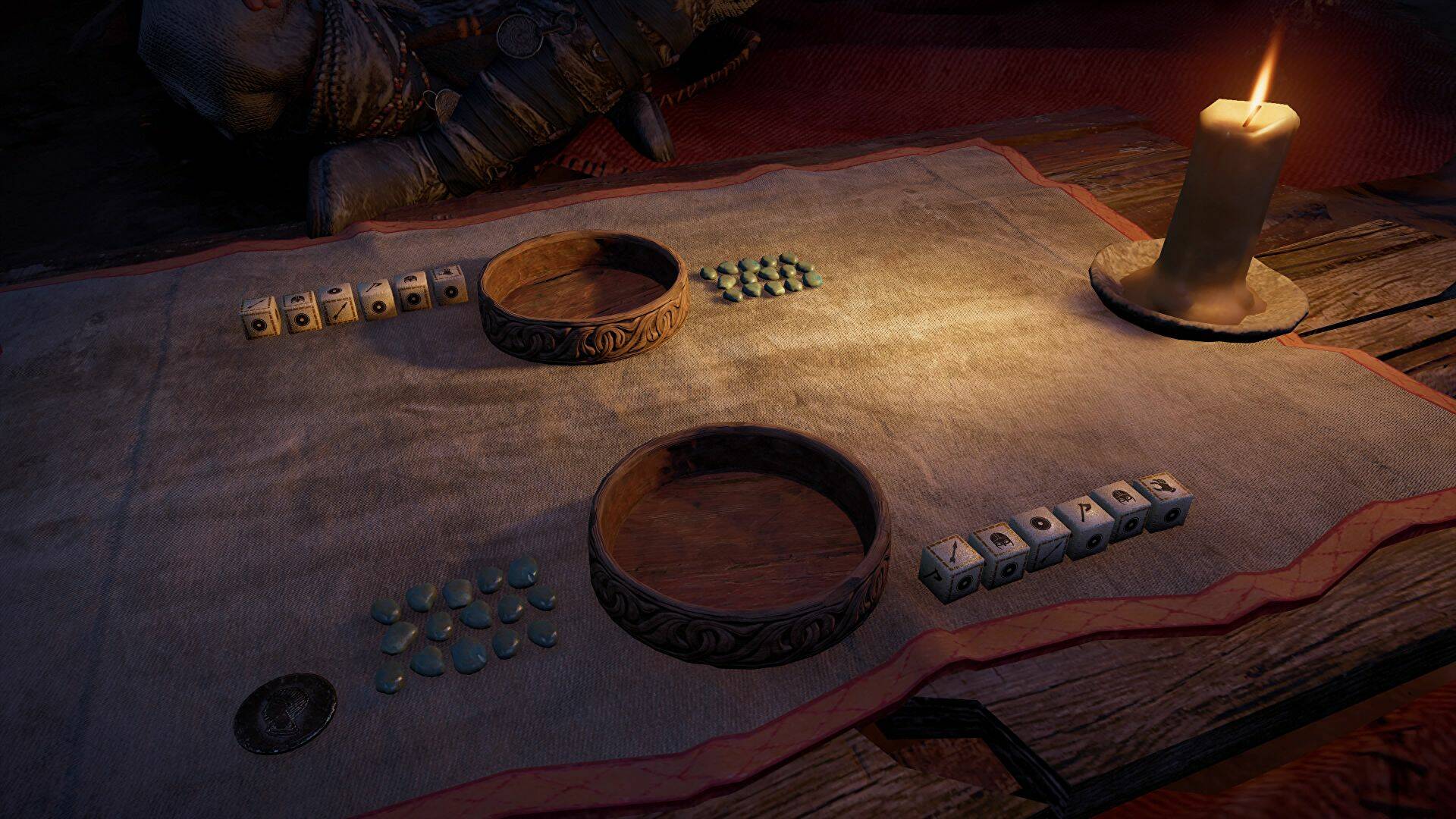 Assassin’s Creed Valhalla continues to be played by a multitude of people, being the latest and most successful installment in the Ubisoft franchise.

The Eivor adventure is in fact a very successful game, capable of receiving content for a long time to come.

Just think of a Year 2 of expansions and special content that will make the game experience even more substantial and, consequently, long-lasting.

All without taking into account that we are already talking about the next Assassin’s Creed Infinity (title not yet official), recently defined as a real platform in evolution.

Now, the success of Valhalla has allowed the opening of a crowfunding campaign dedicated to a real version of game of the O rlog (via PCGames ).

What is it about? Simple: Orlog is a dice game based on strategy and obviously a bit of luck on the part of the players.

The game table is divided into two distinct areas, one for each player: the first of these to roll the dice will be chosen by simply tossing a coin.

Once the six dice have been rolled, the participant in turn can choose how many to keep and how many to raise (there will be three raises for each player).

The ultimate goal is obviously to defeat the other participant, taking away all life marked by 15 small stones placed near the playing field.

PureArts has now opened a Kickstarter for an official version of the Orlog, reproduced in great detail.

The campaign arrived on the platform today and surpassed its funding goal and reached an astonishing sum of $ 160,000 .

It is very likely that the 400,000 Canadian dollars will be well exceeded by the end of the campaign (which you can find at this link).

The official board game dedicated to Orlog is scheduled to be released in December of this year.

Did you also read someone explained why Assassin’s Creed II is a really badly aged game?

And that Ubisoft has decided to offer Assassin’s Creed Valhalla players a free tribute from the first installment of the assassin franchise?

Finally, don’t miss a video comparison between the adventure of Eivor and another famous episode of the saga much loved by fans.

If you’re a longtime fan of the Assassin saga, you can’t miss Assassin’s Creed The Ezio Collection at this great price on Amazon.