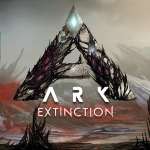 The Nintendo Hall channel has released a new video (of 37 minutes) taken from the Nintendo Switch version of ARK: Survival Evolved. Find the movie just below, in the dedicated player. The game, available for a couple of days, leads to the Users Switch the same open world experience in which other fans from all over the world have already immerged. ARK players can tame 80 dinosaurs, fight enemies and create huge structures anywhere – at home or anywhere! In ARK, players will dive into a mysterious prehistoric island, explore its vast biomes as they begin to hunt, they will make tools, cultivate crops and build shelters to survive. Find all the information about the product on our sheet. Source: GoNintendoArticles RelatedArk: Survival Evolved, available Extinction expansion400.000 copies sold and 10 million dollars for Ark: Survival EvolvedARK: Survival Evolved welcomes the expansion AberrationARK Survival Evolved now available for Nintendo Switch