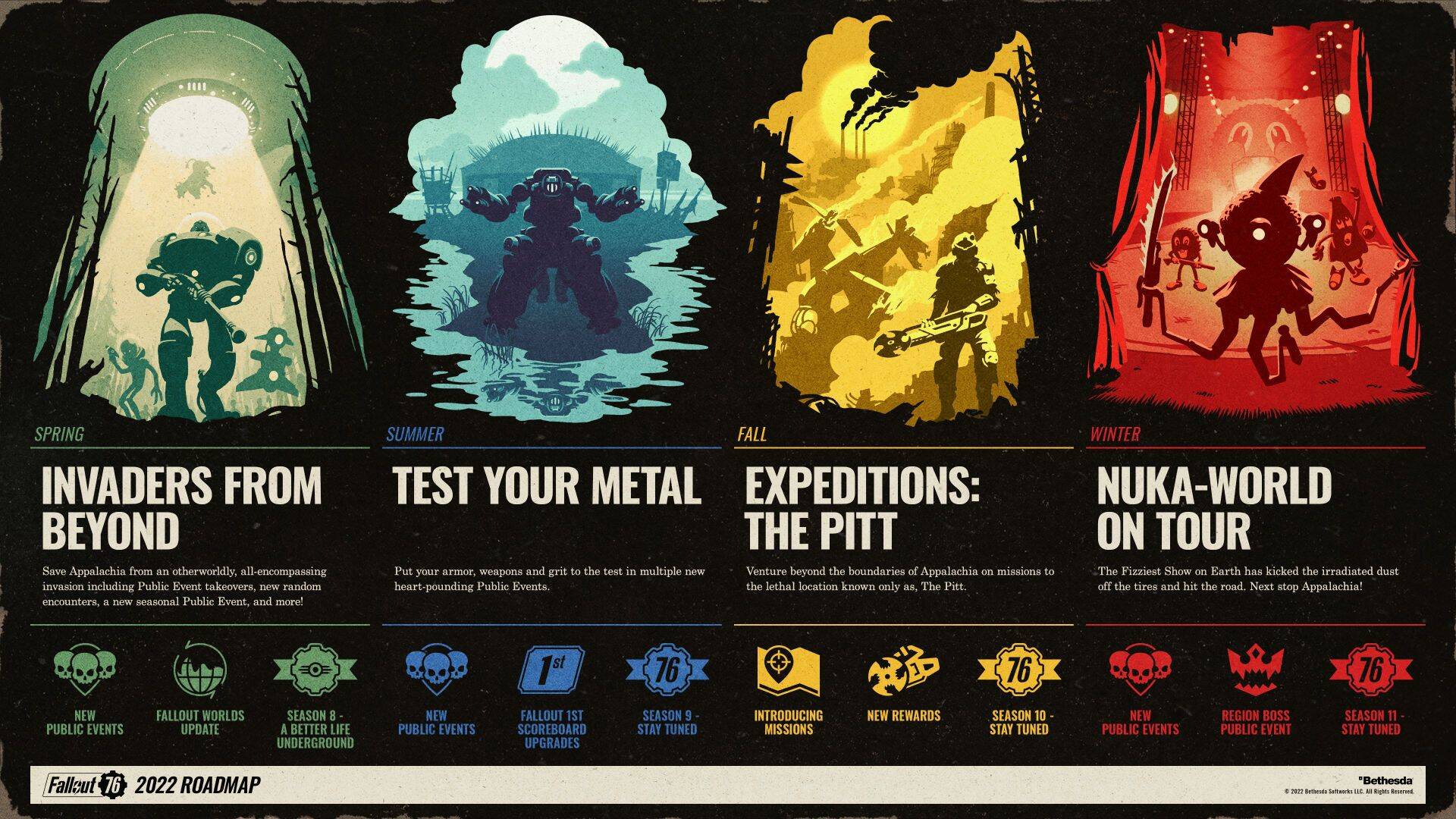 Despite an uncertain start, Bethesda has no plans to stop support for Fallout 76 , a game that can catch up a lot of ground lost over the months.

The MMO, despite a launch that is not described as bankrupt, has been improved and corrected over the years, reaching a truly remarkable status.

The release of Fallout 76 Worlds also demonstrated that Bethesda’s MMO is still alive and well, much that 2022 looks really interesting.

As also reported by colleagues at Twinfinite , the developer has announced the roadmap of its popular survival game.

As you can see from the infographic above, Bethesda will be releasing several brand new content for its Fallout 76 .

The first content to arrive will be the update called ‘ Invaders from beyond the galaxy ‘ and scheduled for next spring. This event will involve the whole map, allowing players to encounter UFOs and aliens and be called upon to defeat the invaders.

That’s not all: various side modes and activities will also follow during 2022, as well as the systematic addition of new items and extras that will be included within the MMO game world no later than the end of the year.

On the subject, did you read that a Fallout 76 player used the CAMP system to create a fun Kirby themed creation?

But that’s not all: Fallout ‘s TV series is still in the works and something is moving, as it recently found its protagonist.

Finally, Fallout 76 has earned a very impressive position in our ranking of the best games in the series by the way.

If you want to experience the classic Fallout 4 for yourself, take advantage of this special offer.