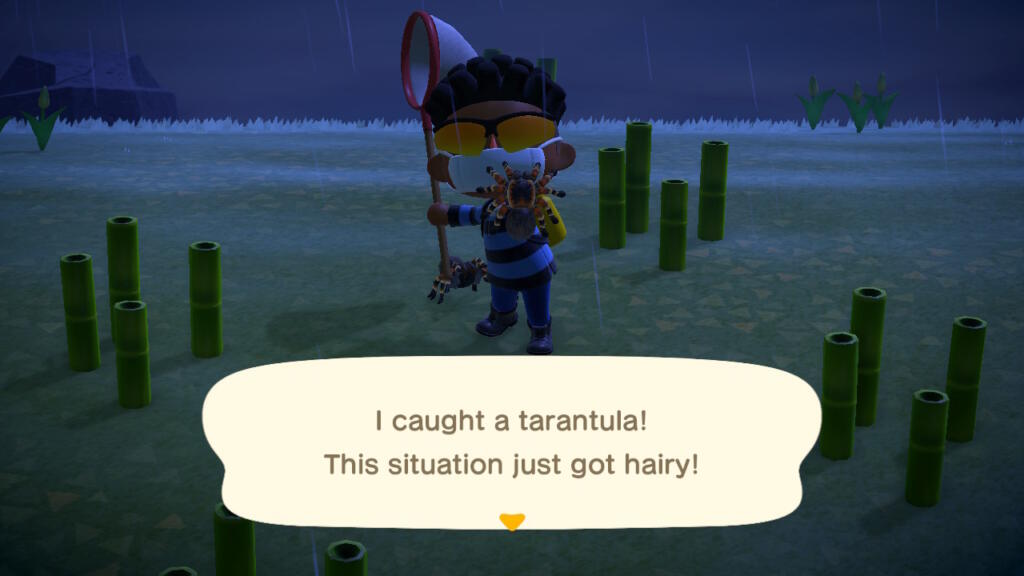 > One of the best ways to get rich (so to speak) in Animal Crossing: New Horizons is to go hunting for tarantulas – as long as you are brave and quick enough to do it, means. However, according to what revealed by the Ninji dataminer, which analyzed the Nintendo home game after the recent update, in the future we will see a little less than usual. And we will also see fewer scorpions . The dataminer has found that Nintendo has set up some nerfs to spawn several animals, especially insects, in your islands. Now everyone has the same rate, regardless of the time of year: according to what has been found, the animals that were more frequent in April and less in other months, for example, will now have an identical spawn, simply.

In particular, the dataminer writes that “tarantulas and scorpions have both been cut significantly” , so we can expect to run into them less easily, to complete our collection at the museum – or to sell them in exchange for little stars. In short, forget to invade your island again with carriers full of insects.

Find this I address the details with all the changes for the spawn rates found in the game code by the dataminer: for tarantulas and scorpions we are talking about a halving.

We remind you that, in these days, Animal Crossing: New Horizons has introduced some important new features, such as the Florindo art gallery and gardening shop. It also paved the way for numerous upcoming events, such as May 1.