After the results achieved in the previous chapter it was really difficult to imagine how far the series would be, and it was legitimate to ask what Playground Games could do to raise Forza Horizon 4 to new heights of excellence. Yet, after hours and hours of total immersion in a boundless world, where the number of activities, events and initiatives is simply frightening, it is immediately automatic to reward this new iteration as the new term of comparison of open-air racing titles.

Magnificent horizons
If you think that the inclusion of the much vaunted dynamic seasons is just a tinsel that little adds to a formula already tested, you are completely off-road: change continuously face the huge game map set in Britain, multiplying by four the possibilities of approach to races, the aesthetics of the environments, the behavior of the cars, the variables within the circuits and more generally contributed to the creation of a multifaceted world, always varied and with the possibility of repetitions equal to zero.

By participating for example in the same races but in different seasons, you will realize how truthful it is, and if you consider that the amount of content is so overwhelming as to leave no room for boredom, you can easily understand how Forza Horizon 4 has reached a higher level from this point of view.
Not only that: the change of season takes on different roles depending on the specific moment of your progression. If in the first part (up to level 19) you will basically have to become familiar with the game’s new features, accumulating influence points in order to move on to the following season and get a taste of what Forza Horizon 4 has become in its new incarnation, then you will have access to so-called “Shared World”.

Before arriving at this point, you can comfortably manage the progression at the pace you prefer, taking part in the many individual races that form the basis on which the competitions and championships will be built.
After this first phase, you will then have access to the Vita Horizon servers, ie the hub through which you can view all the progress: road races, Cross Country, dirt races, skidding races, team adventures , the arena mode and everything that Forza Horizon 4 – from competitions to collectibles – puts at your disposal. Furthermore, Drivatar’s artificial intelligence will be replaced with real players, but only if you really want it. Naturally the spontaneity, the different personalities and the degree of aggressiveness of the real pilots are not even remotely comparable to the AI, but if you do not want intrusions and you want to enjoy the solo campaign, you can do it.

Different choices, many roads, infinite horizons
When Forza Horizon 4 opens up further, the seasons, the day-night cycle and the dynamic weather will be synchronized for you and for all the players. With the dynamic seasons – which have a duration marked by time that you can consult at any time from the menu – the career will prove to be incredibly multi-layered and varied.
In this regard, consider the presence of over twenty-five distinct mini campaigns, which reflect the different ways to approach Forza Horizon 4. To this must be added the climate change that changes the conditions of runs and races, with both gradual changes and clearer : from the dry and torrid summer, to the wet and muddy typical of the autumn season, up to the snow and ice of winter, the title of Playground Games expands its spectrum in a surprising and convincing way, with an application of intent that in the current market has no equal.

Do you think it’s not enough? Well: know that every week, the change of season brings with it new contents, challenges and rewards, without considering the content created by the community. This last feature that gives space to infinite possibilities, will be available shortly after the launch of the game, so it is not an aspect of production that is currently possible to evaluate.

One of the most important innovations in Forza Horizon 4 is represented by Forzathon Live (and its store), which allows you to team up (up to twelve players at a time) to achieve several common goals. In this case there is no individual leaderboard; on the contrary, cooperation will prove to be fundamental for overcoming challenges and moving on to subsequent sessions.
Just to give some examples, every hour, in different areas scattered along the map, will appear objectives such as “Signals of Danger”, the “Drift Zone” or spaces in which to show off their skills collectively. If the objectives are achieved within the time limit, it will be possible to try to meet the subsequent requirements. Having the best will also collect points that can be spent in the related store, which will offer new rewards weekly, with each change of season.

A new world awaits you
Inside the navigable submenus there is a team adventure that includes classified adventures, private adventure, the search for a team with which to face the races and the prizes of the series that end within a month. As already explained, not all modes will be available immediately, since the gradual progression will go hand in hand with the amount of content unlocked, so as not to create too much confusion and allow players a staggered access to everything that Playground Games has inserted into its magnificent work.
From the creative center it is then possible to customize their vehicles, the set-ups, the designs, the projects and all that is shared by the community.

From the car menu you can improve your cars through the skill points that you will get during the adventure, thus benefiting from various facilities ranging from the increase of the points influence up to the perks useful to accelerate the experience points and burn the stages .
In terms of numbers, Forza Horizon 4 allows you to drive and modify over 450 vehicles from over 100 different car manufacturers, with a range of customizations even wider than before. Customizations also extend to the character and properties that you can purchase with gaming credits.

Technically Forza Horizon 4 is really incredible both in terms of graphics and optimization. Playing on Xbox One X you can choose whether to shift the center of gravity on the option related to quality or performance. In the first case, the enhanced console of Microsoft runs the game in 4K native with HDR at 30 fps; in the second case, the game climbs in 1080p with HDR and keeps the 60 frames without any hitch. On PC the situation is even more stunning: there is not only hardware-based dynamic optimization, but there are all the appropriate options to be able to fully customize the game, requiring very low minimum requirements, among other things a demonstration of a painstaking and careful work also from this perspective. The aesthetics of Forza Horizon 4 is a kaleidoscope of colors that slope from the dull gray of the stiffer winters to the sparkling chromatic warmth of the bright and luminous summers, drawing magnificent and inspired scenarios in all its forms. At any time of the year. In every moment you will pass between mud, ice and hot asphalt. 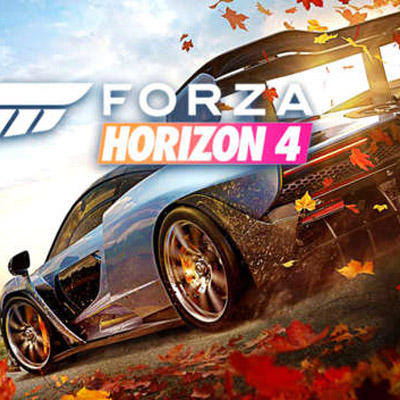