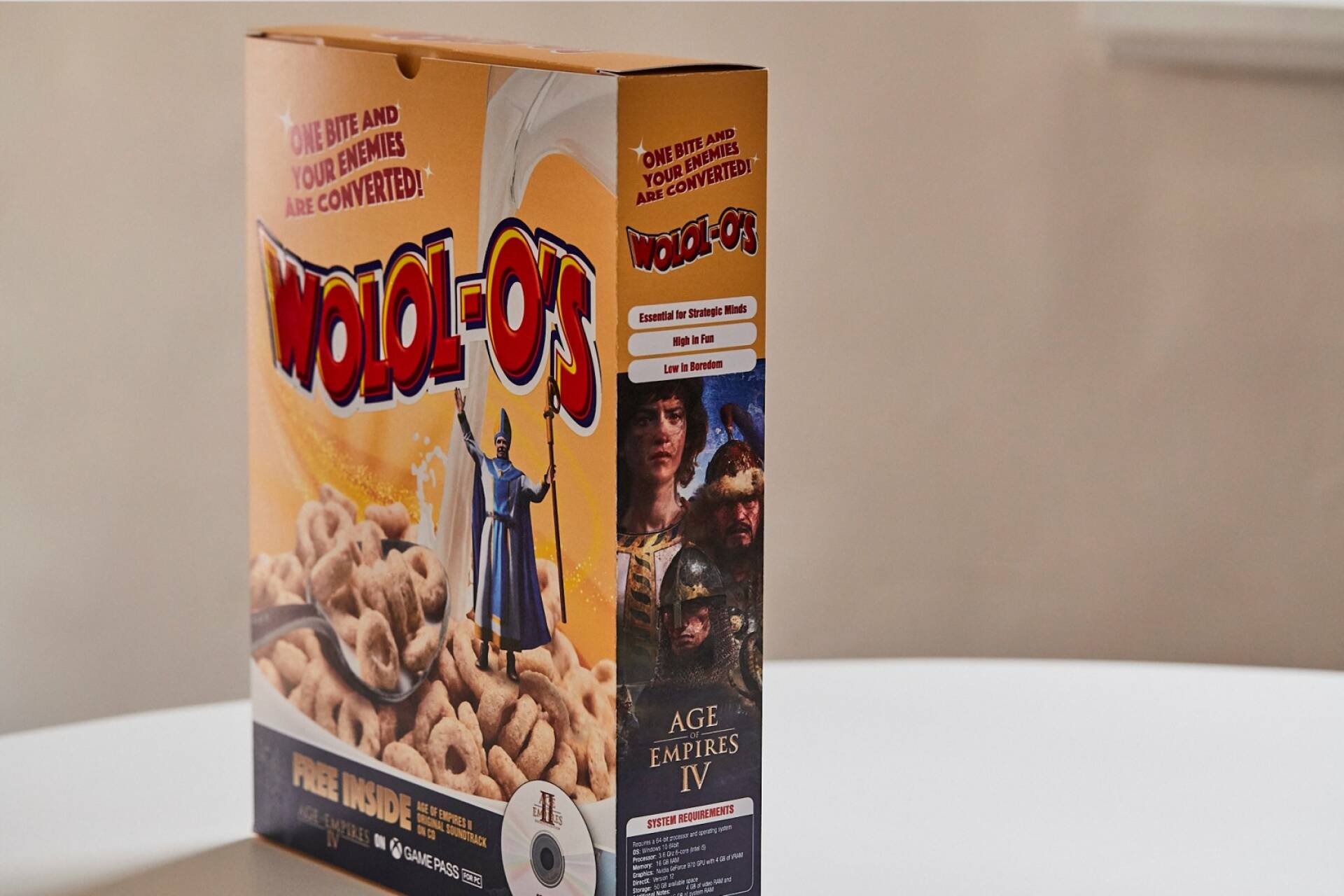 We see all the colors, from videogame companies, to promote the latest video games coming out, but Age of we were missing.

The latest installment of Microsoft’s historic series has just come out , bringing the franchise back to life after a long time, and is available within Xbox Game Pass.

Age of Empires IV seems like the great return we expected from such an important series, we talked about it in our review.

And this is not the first time we’ve seen themed cereals , because Nintendo had already marketed special amiibo inside the packages some time ago.

To promote the launch of the title, available as we said already, Microsoft evoked a marketing campaign from many generations ago.

The Australian division of Xbox took care of it, which started a contest via social network with which can win a box of WOLOL-O’S , the special cereals of Age of Empires .

Taking up the spell of the iconic priests, these cereals refer to a very similar initiative made in the past by Microsoft, for Age of Empires II .

Love that our @XboxANZ team has created our own WOLOL’Os cereal. Back in 2002 for the original Age of Empires the team put game CDs inside cereal boxes to help launch the IP! https://t.co/pbVTrntRkH

As Aaron Greenberg tells on Twitter, to launch the second chapter of the series CD-ROMs were placed inside the cereal boxes.

What do you win this time instead? A soundtrack for Age of Empires II Definitive Edition and 12 months of Xbox Game Pass for PC.

A truly brilliant contest, with a beautiful, truly original box and some delicious cereals inside.

Who knows if they will be more or less good than the Funko Pop themed Sonic cereals, which were released many years ago.

For Monster Hunter Rise , however, Capcom hired a chef to recreate the delicious recipes that hunters taste before hunting for monsters.

There are also those who have had a bad relationship with food and PlayStation 5 … but it is certainly a less funny story than these we have told.

Want to take a dip in nostalgia? Age of Empires II Definitive Edition is available at the best price on Amazon!