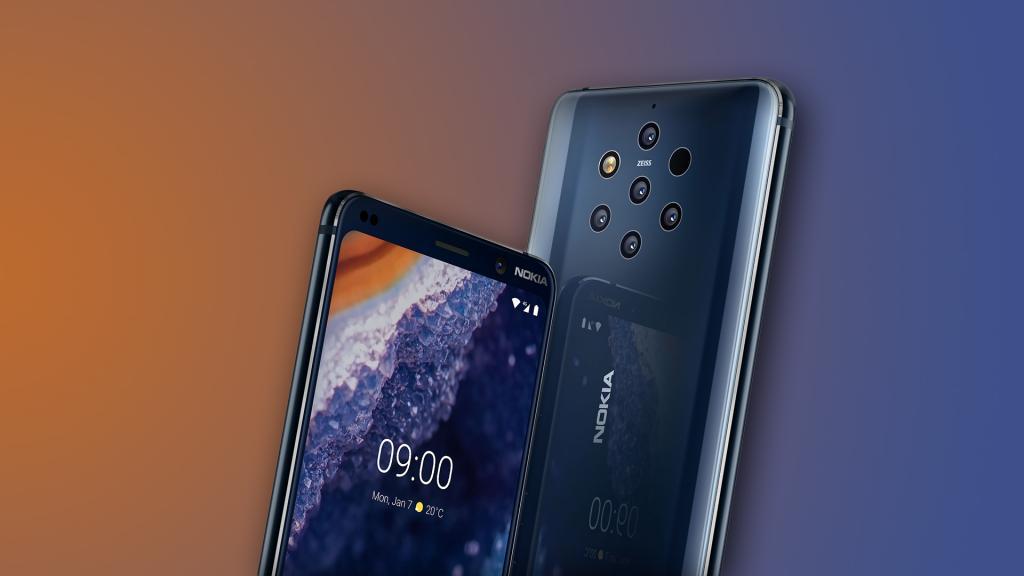 Even Italian consumers can now officially get their hands on Nokia 9 PureView , the new top of the Nokia range that focuses heavily on its five rear cameras , designed for image processing in a wide range and for the best possible quality – also thanks to the technologies offered during post-production.

The smartphone of the Finnish manufacturer is equipped with a display 5.99â € ³ 2K pOLED (538 ppi) with HDR10. It also counts on wireless Qi charging, on the unlock sensor through fingerprints and on face recognition. Despite the equipment, it is 8 mm thick and has an aluminum body, Gorilla Glass 6 and some diamond carvings that want to guarantee the proverbial made in Nokia resistance.

Under the body, Android 9 Pie is driven by Snapdragon 845 and 6 GB of memory. The storage is entrusted to 128 GB not expandable.

Coming to the cameras, we are talking about five lenses of 12 MP each, which each capture a RAW image which is then superimposed on those of the other optics to generate the final result â € ”the cornerstone of this smartphone.Â Two sensors capture RGB colors, the other three are monochrome : the idea is to use them to generate vivid shots that are based on 10 times the light that is normally captured by a single sensor.

In total, the smartphone captures as much as 60 MPs of data for a single image, then going through processing for produce the final result, strictly in HDR . Focus also on depth of field , which you can manage even after the shot has already been processed, changing the focus on the subject or in the background in total freedom.

Nokia 9 PureView is now also available in Italy, in the Midnight Blue color only, at the list price of 649â‚¬ . What does your idea of ​​a smartphone-camera look like?