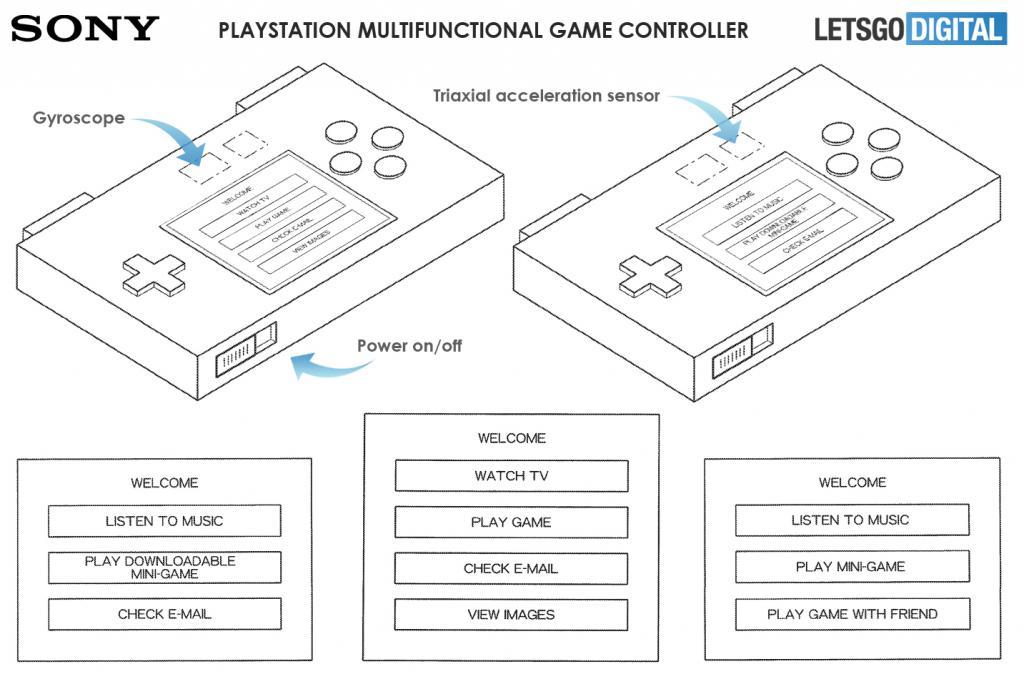 Silent Sony work on the future of PlayStation continues, particularly on its next generation, represented by PlayStation 5 . Now that the Japanese company has spelled out without too many words that it does not want to focus more on laptops, but on home consoles (and PS Now, of course), the usual site experts Let’s Go Digital have found a New patent deposited by the company, which deals with a new mysterious minimal controller . Could we see it come to fruition or should we expect its specifications to add up to those of the future DualShock 5?

What the patent tells us

The patent documents were filed on July 24th at the USPTO, but only emerged on November 28th. Between the lines and the different images, what is a minimalist controller with a rectangular design takes shape, equipped with all the typical devices of a game input device: here is the directional cross, the triggers, the figure button and, apparently, even a small central LCD display.

The controller, we learn, also includes its own memory and communicates wirelessly (in Bluetooth, but not only), thus putting itself in connection with “ consoles, smart televisions and PCs “. This would make it easy to imagine it as a “luck controller”, perhaps to play less demanding titles, but the documents say a lot more.

In the patent, it’s not so much the fact that this controller could, for example, launch a video game interacting with the smart TV, as well as the fact that it is equipped with a fingerprint reader , like one of the most modern smartphones. This sensor would also be able to read the heartbeat , actually tracing the user’s activity – perhaps to use it in some specific feature of some game.

We also learn that the controller, according to the patent documents, would change what is shown on its display based on the scenario we are in : we would have content on the screen if we are on the meter and one if we are at home or in the our garden. Being in the garden it would be possible to access the email (as in a real smart-device, then), while being at a friend’s house a game would be proposed along with something.

While this location specification appears to be, for the moment , the most smoky, we learn that the controller would also host a gyroscope and an accelerometer , capable of detecting the movement of its body. These are technologies that we now know, which would allow for example to change the orientation of the display. The patent also speaks of integrated speakers.

At this point, there are obviously several options: even the experts of Let’s Go Digital , which first have found these documents, they specify that not always the patents filed become real projects , but it is also true that it often happens that they bring integrated ideas then in other projects.

C ‘ it is therefore the possibility that some of these technologies will be integrated into the future DualShock 5 of the PS5 – which we know we want to focus on some new features, such as the new triggers and the new tactile sensations that will make the traditional vibration a memory. Another option is that this controller can be imagined for a completely different use than on traditional consoles – but, as mentioned, it is difficult to make any hypothesis starting only from these data.

We will see if and when the project will become reality, and if maybe we should expect for some reason a fingerprint reader also on the future DualShock 5. As far as we know now, the new controller of the next-gen console should be very similar to that of PS4, so it would seem unlikely expect a design with lots of display, as this mysterious minimal controller would be.

We look forward to more news to report. Meanwhile, starting from the mock-ups of Let’s Go Digital , according to you what could this Sony controller serve?