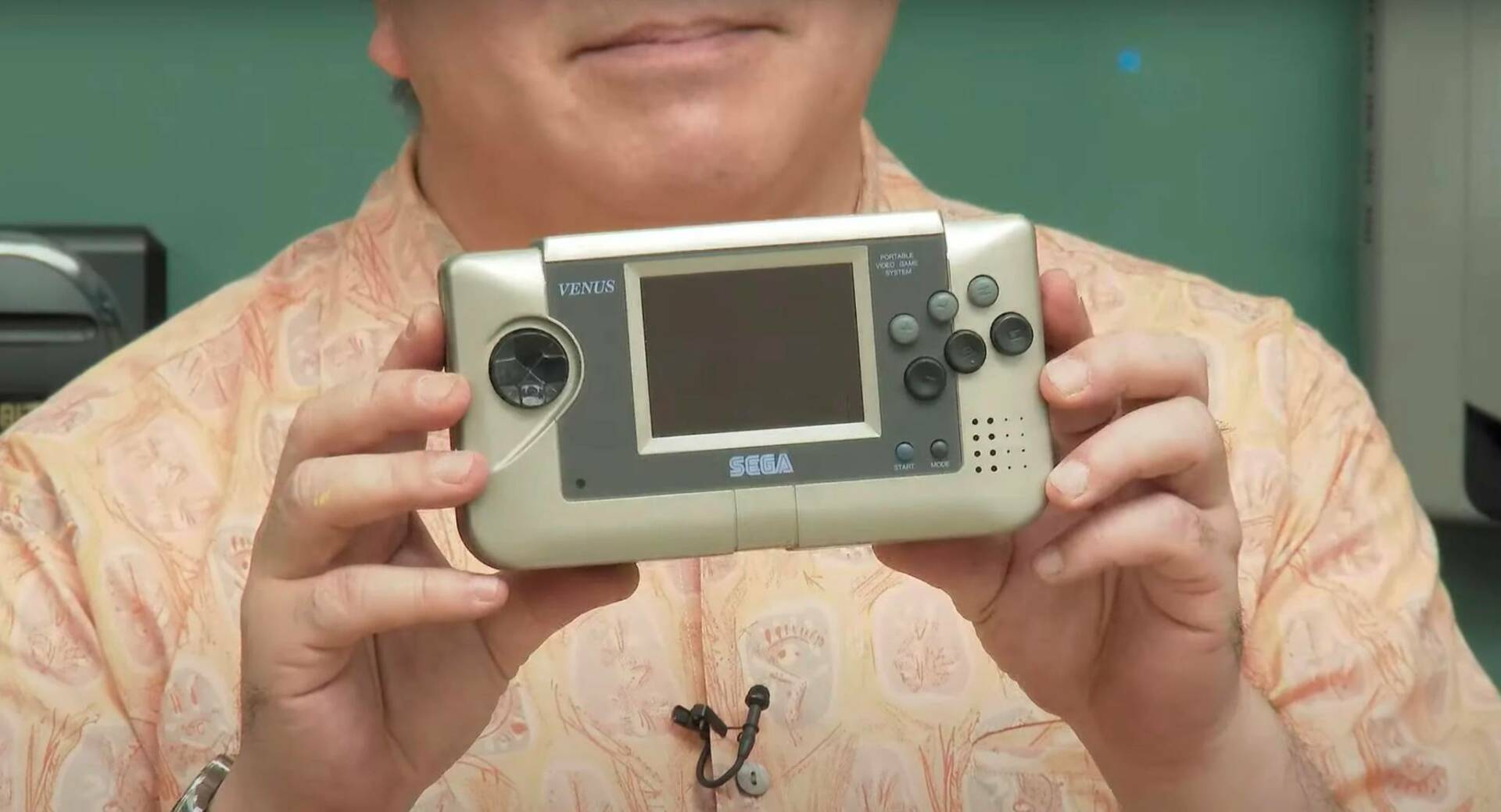 From time to time emerge, from behind the scenes of the famous and less famous software houses, real little pearls that reveal to consumers projects that then, for one reason or another, they didn’t make it to the shops.

Or, at least, they didn’t get there as they were conceived: it is also the case of the mysterious SEGA Venus , prototype of a portable console from the famous manufacturer author of Sonic , which was recently shown up close in a video celebrating the company’s 60th anniversary.

In this clip Hiroyuki Miyazaki tells the story of SEGA and its consoles, also focusing on SEGA Nomad : This platform was supposed to be a portable Mega Drive that debuted in 1995, but failed to contain the success of Nintendo’s competition.

However, before it was put on the market a different prototype was developed, SEGA Venus – which like several others had the code name of a planet, then kept as a trade name only by SEGA Saturn .

Venus was a laptop with much gentler curves than the design we saw in Nomad: you can see it in the image above and, in the video below, from 11:12 am.

The entire video is still full of interesting pearls for SEGA lovers, which retrace the history of all the consoles signed by the Japanese company: if you are a lover of the history of video games and have a few free minutes, we recommend that you enjoy it ( possibly by activating subtitles).

If you want to experience a bit of nostalgia, you can get your hands on SEGA Mega Drive Mini, the smaller version of the classic Japanese console.