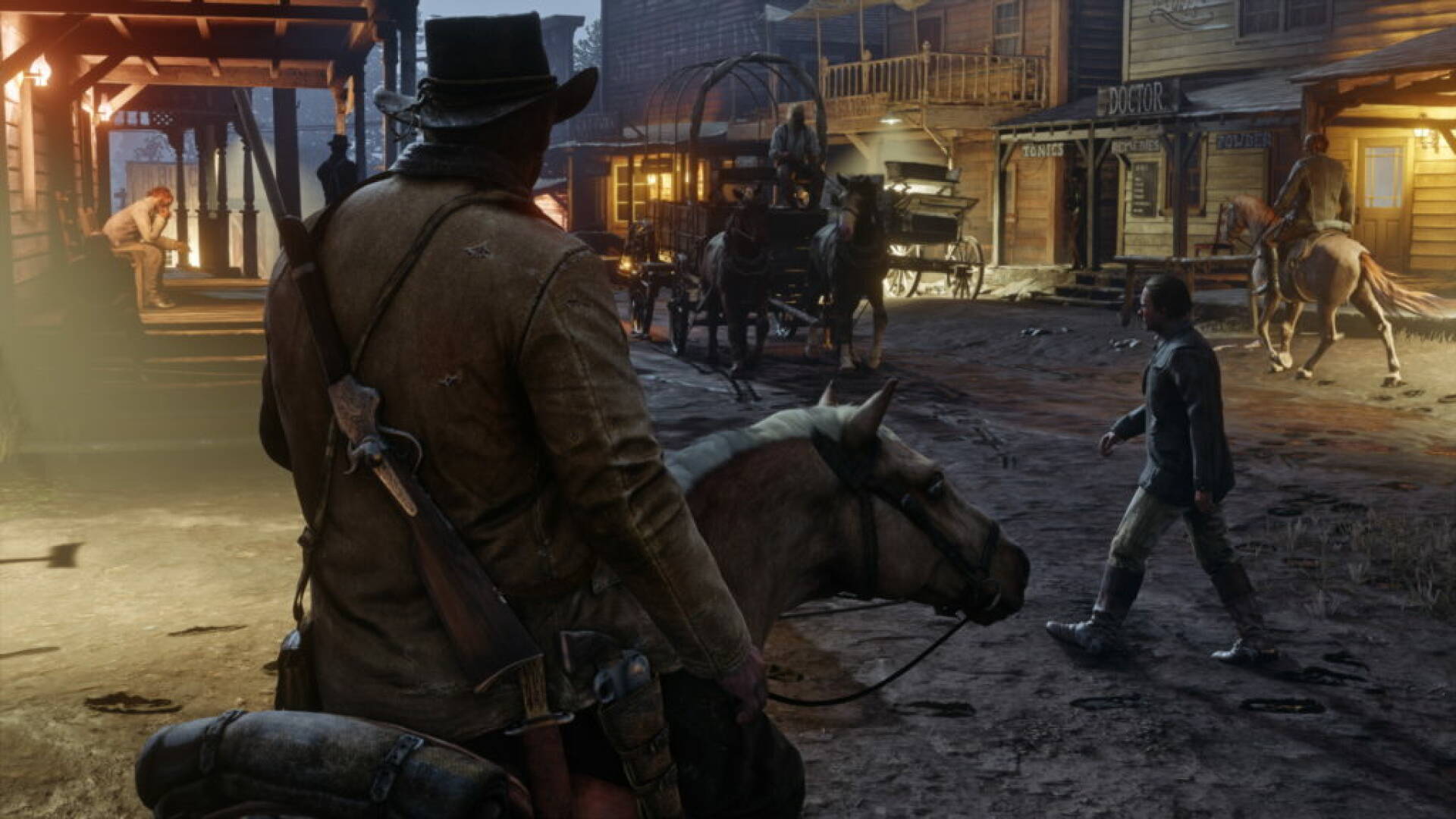 Despite being released over two years ago, Red Dead Redemption 2 still has a lot to offer, especially due to the amount of secrets and Easter Eggs hidden in the game Rockstar Games .

The fact remains that, net of its being a very high level production, Arthur Morgan’s adventure has various bugs and glitches , often able to radically change the vision of the game.

A Reddit user named kishoresshenoy (via GR ) unwittingly saw the protagonist transform into a sort of “invisible man” . Arthur’s only “human” characteristics are in fact his hair and mouth, while everything else appears as a simple black and dark shadow, wearing Arthur’s clothes and bandolier.

The clip, which can be viewed a little further down, is rather disturbing.

Okay, so, Arthur is an Invisible Man. from reddeadredemption

It’s odd that glitches like this can still occur in a game that’s been out for so long (and has already received quite a number of patches). Who knows if Rockstar does not need to further refine the multiplayer sector of the title, namely Red Dead Online.

This is not the first time on Reddit players have made a new discovery in Red Dead Redemption 2 : a few days ago we brought you the one related to the behavior of a artificial intelligence, seen wandering in search of dead comrades after the massacre committed by the player.

The Rockstar title is not just weird and bizarre: we remember that Arthur’s western adventure has recently become the subject of a real course at a US university (stuff that doesn’t happen to all games on the market, in short).

Red Dead Redemption 2 is available now on PC, PS4, Stadia, and Xbox One. The game is also backwards compatible with PS5.

If you want to buy Red Dead Redemption 2 and enjoy the full experience of Rockstar’s Far West, you can take advantage of the Amazon price.